East Maui Animal Refuge is two months behind in its bills 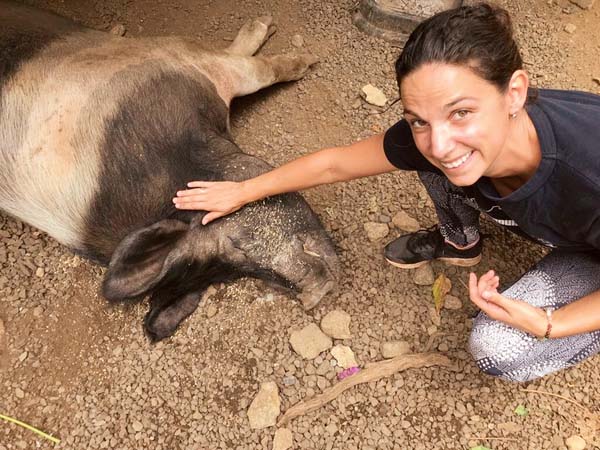 Tereza Watkins pets a pig, one of the many animals at the nonprofit East Maui Animal Refuge in Haiku. She and her 3-year-old daughter, Theodora (not pictured), have been volunteering since January at the shelter for abandoned and sick animals. “It’s a great feeling to be part of a place where they don’t give up on anyone,” Watkins said. -- East Maui Animal Refuge photo

The East Maui Animal Refuge, a sanctuary for injured and orphaned animals, is two months behind in its bills and needs more than $50,000 just to catch up.

“We have several grant requests out there but none has come through as of yet,” said Sylvan Schwab, the executive director of the refuge also known as the Boo Boo Zoo this week.

He added that it’s also costly and unpredictable to run a “by-donation” refuge for those animals and their families who are in a “sad and unfortunate position of choosing euthanasia over treatment of their family pet due to lack of funds.”

“The best way to help is to make a monthly donation and our website is probably the simplest method to do that,” he said in an email interview.

There will also be a fundraiser from 5 to 9 p.m., July 30 at Flatbread Pizza Co. in Paia. Portions of pizza sales will be donated to the organization, volunteers said. 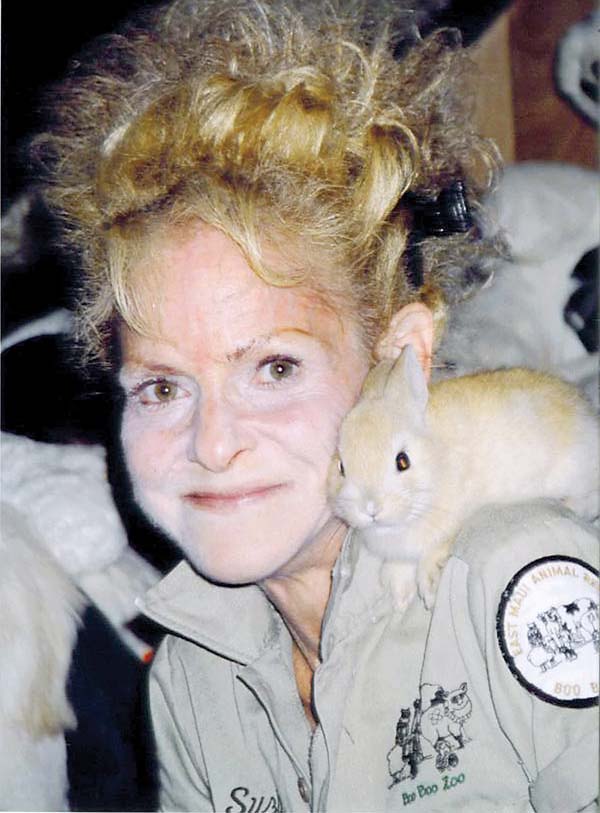 The shelter was founded in 1977 as a unique therapy program for Schwab’s late wife, Suzie, who had been diagnosed with terminal cancer of the kidneys.

Caring for injured animals helped Suzie Schwab fight her illness and later she recovered, according to information from the refuge. She has been described as also having a gift with animals. Suzie Schwab died in July of last year.

Because all the animals arrive at the refuge with injuries or “boo boos,” it became known as the Boo Boo Zoo.

“We get food donations from the Food Bank and VIP Foodservice, and we would not compromise our commitment to the lives of the animals we rescue due to financial shortfalls,” Sylvan Schwab said. “I have personally used all my own personal credit to keep the animals cared for but the bills, such as electric, water, credit cards, lease and insurance, have all been allowed to get months behind because animal care is first and foremost.” 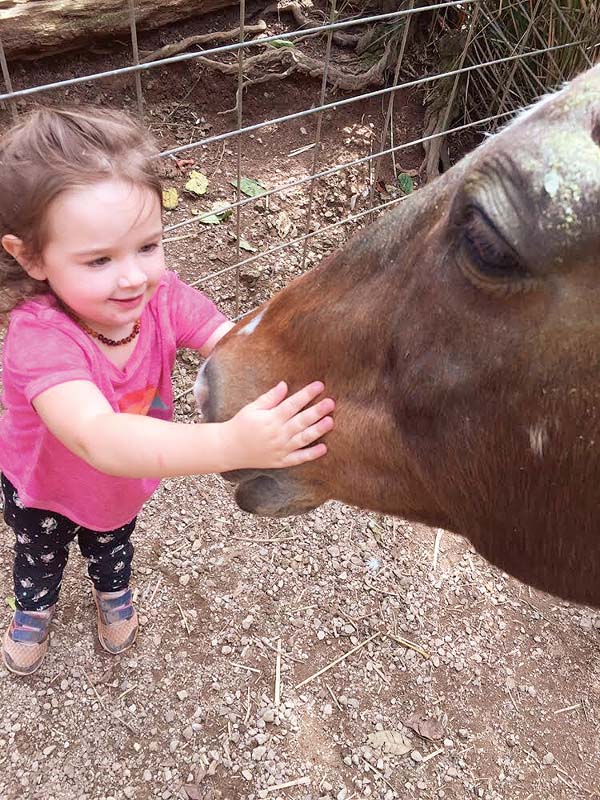 Schwab appreciates the offer of people purchasing products for them, but monetary donations work best as the refuge has limited storage space, and the humidity of Haiku could cause mold and deterioration of different feeds, along with cleaning and bedding supplies.

Medical costs also run more than $5,000 a month, which includes ongoing medical care and the “great unknown of emergency services.”

The refuge also has housing for a live-in veterinarian and a space to set up a community veterinary service.

For 25 years, the late Dr. Ronald Moyer donated his services and medications to the refuge, Schwab said.

Moyer died several years ago and now medical costs have gone from a few thousand dollars a year to more than $60,000.

There have been no veterinarians donating their services since his passing, but Moyer left his clinic equipment, Schwab said.

The refuge also has 16 regular volunteers each week, but it can always use more, he added.

To help with volunteer work or a donation, see eastmauianimalrefuge.org.