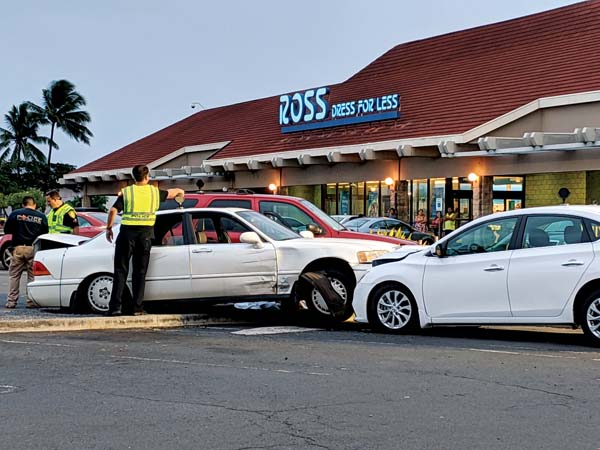 KAHULUI — A driver died Wednesday when his car hit three parked vehicles in the parking lot of the old Safeway store in Kahului, police said.

Witnesses reported seeing the man hanging out of the white Acura sedan as it traveled from the Hoohana Street side of the parking lot, went through two trees in a raised curbing in the middle of the parking lot and made a hard right turn to head toward the store, said Lt. William Hankins, commander of the police Traffic Section.

He said the car hit the back of a parked blue Mazda van, then continued on, hitting a red Ford Escape before jumping a curb and crashing head-on into a white Nissan Sentra.

Witnesses said the man’s feet were in the Acura while his torso was on the ground outside the car. 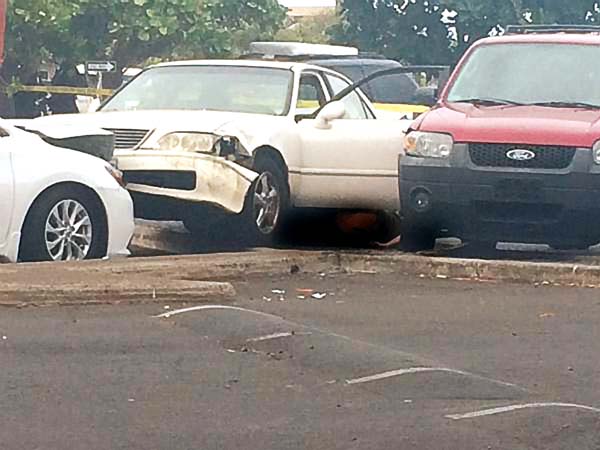 Police said a man driving a white Acura sedan died when the car jumped a curb to crash head-on into a parked white Nissan Sentra in the parking lot of the old Safeway store on East Kamehameha Avenue in Kahului. Next to the Acura is a red Ford Escape that also was hit by the Acura. LENIE LAWRENCE photo

A pregnant woman who was in the van was treated at the scene by medics, Hankins said. He said the other two parked cars were unoccupied.

Police traffic investigators were at the parking lot Wednesday night mapping the crash scene, which was blocked off with yellow police tape. The investigation was continuing.

The traffic death was the 16th this year in Maui County, compared with 12 at the same time last year. 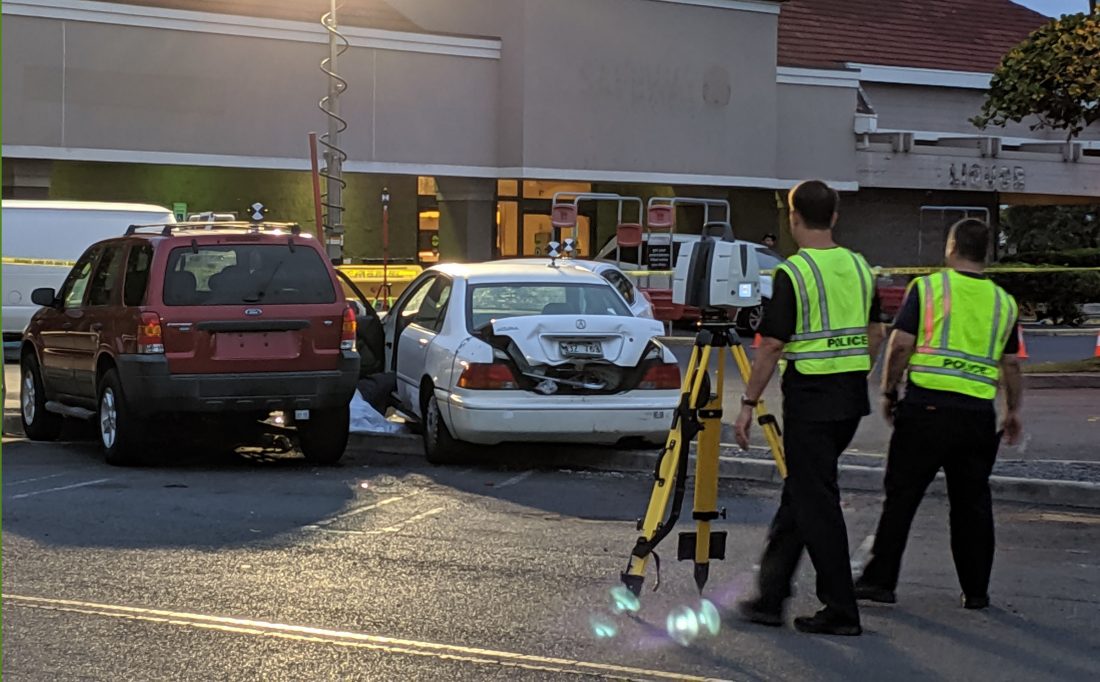 Police traffic investigators Aaron Williams (left) and David Potter set up equipment to map the scene of a fatal four-vehicle crash in the parking lot of the old Safeway store in Kahului. Behind them is a white Acura sedan that hit a red Ford Escape before jumping a curb to hit a white Nissan Sentra. The Maui News / LILA FUJIMOTO photo