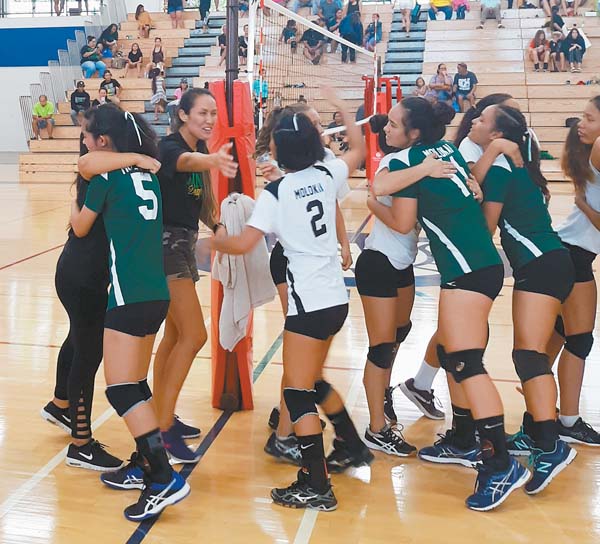 OLINDA — The Molokai and Hana high schools girls volleyball teams are no strangers to long, tough battles on the court.

The latest addition to the rivalry was no exception.

The Farmers rallied from a 2-1 deficit to defeat the Dragons in five sets Saturday at Erdman Athletic Center, claiming second place in the Maui Interscholastic League Division II and a state berth.

Lia-Chae Meyer had 20 kills and Jordyn McCutcheon provided 31 assists as Molokai punched its ticket to Oahu for the New City Nissan State Championships — the D-II tournament starts Wednesday, when the Farmers will face Hawaii Prep at 5 p.m. at Farrington. 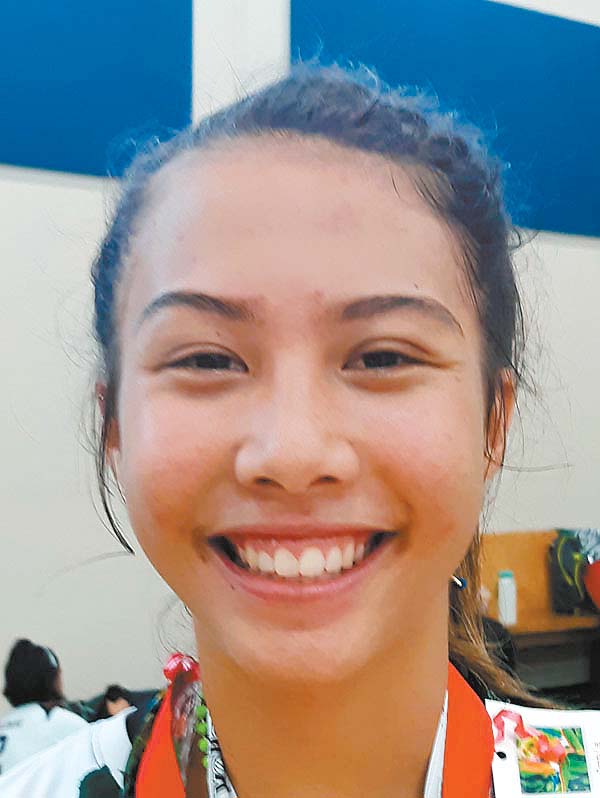 After taking both matches against the Dragons during the regular season — including a five-setter on the Friendly Isle — the Farmers dropped an MIL tournament semifinal to Hana in four sets on Thursday. A Seabury win over Hana in the tournament final Friday night forced Saturday’s playoff for the league’s final state berth.

“I’m feeling really good, I feel that our team played their best,” McCutcheon said. “We did what we wanted and we took care of what needed to be done.”

Molokai (11-3) now heads to the state tournament for only the second time since 2012, while Hana (10-6) will miss states for the first time in eight seasons.

“I feel like our team did an awesome job today,” said Meyer, who also had three digs and an ace. “Even though we fell short the first game, we came back and fought way harder.” 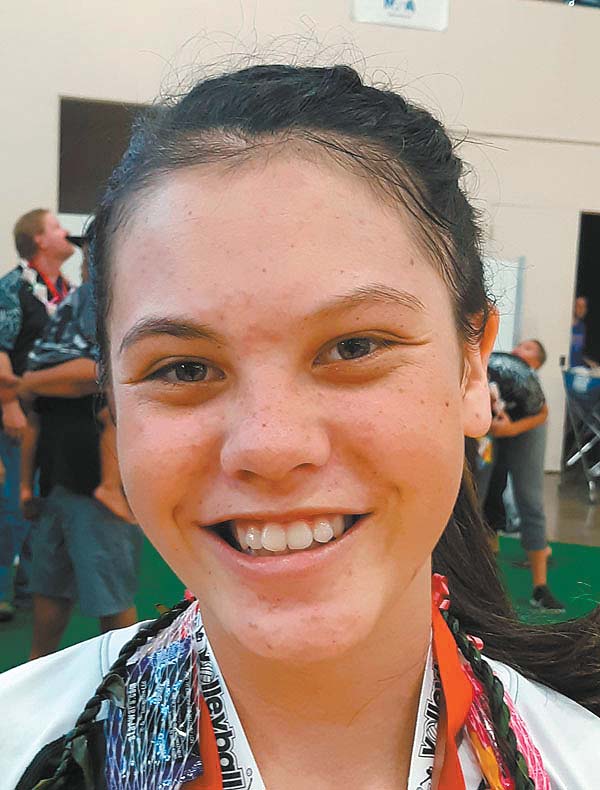 With nerves running high before the fifth and final set, Rawlins reminded her players what they’ve been practicing all year.

” ‘This is it, this is our last chance to try for states,’ “ Rawlins recalled saying. ” ‘Leave everything on the court, everything we’ve practiced for and throughout the season, just lay it all out there.’ I told them to just play as a team and have fun.”

Molokai was ahead 14-11 in the decisive set after a kill by Meyer and Hana’s net violation. Tyra-Li Perry answered with a kill to draw the Dragons back to 14-12, but a service error ended the match.

“For me, in my head, I wanted to do it for the people who have helped us, like my family and maybe anybody who supports me,” McCutcheon said. “I said, ‘Let’s finish this and make our Molokai people proud.’ “

They sure made Farmers fans proud as they earned their MIL D-II silver medals and make their way to their first state appearance since 2016.

“It’s awesome, the feeling is very humbling to have another chance to go,” Meyer said. “We’ve all wanted it since the beginning of the season and we knew we had to work hard in order to get there.”

Hana did not make it easy, battling with Molokai for 2 1/2 hours while playing for the fourth day in a row.

“They played 110 percent, it was a good game,” Hana coach Pake Tolentino said. “Throughout the season, the girls just got closer and closer, they started to unify as a team, not only on the court, but off.”

The teams were tied at 9 in the first set before a kill by Tyra-Li Perry and an ace by Pristine Perry moved the Dragons into the lead. Molokai came back with a 5-0 run that included kills by Sadie Aiana and Saije Aiana, blocks by McCutcheon and Horswill-Carroll, and and ace by Maile Kaahanui.

The Farmers held the lead through the remainder of the set, finishing on a kill by Sadie Aiana.

In the second set, Tyra-Li Perry had a kill and three aces, Helekahi added two kills and Roback had one to put the Dragons up 8-1.Hana held at least a three-point advantage the rest of the way to tie up the match.

As they were in the previous set, the teams again were in a close fight in the fourth. The teams were tied at 22, 23, 25 and 26 before Meyer’s point and a Hana error sent the match to a fifth set.

“Throughout the season, we’re always telling the girls to give it your all,”  Rawlins said. “Today, right here, this is where it comes into play.”