Fire burns a home in Wailuku 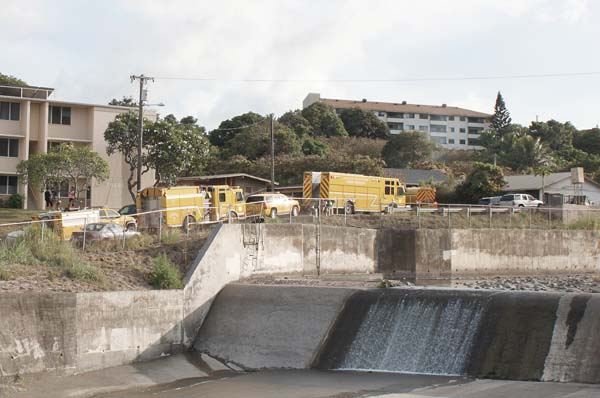 WAILUKU — Shanlyn Kanuha was getting ready to take her nephew to football practice when the lights in her home began to flicker Wednesday afternoon and she noticed something wrong next door on Holowai Place in Wailuku.

“The lights in my house were going crazy, I was worried my house was going to burn down,” she said at the scene Wednesday. “This whole area has old electric, old houses.”

When firefighters arrived on scene, they found a fire burning through the roof on one side of the home, Martin said. The home had a steep driveway, and firefighters pulled lines about 300 feet to get to the home. 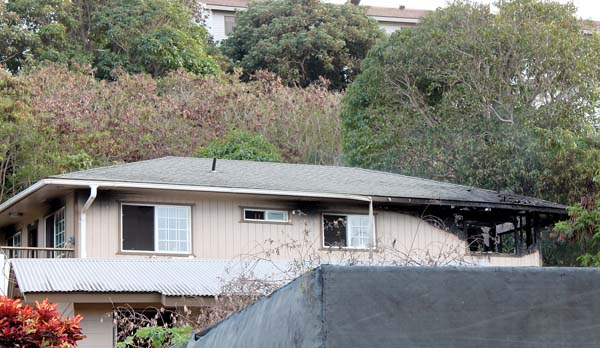 A burned out window is shown on a home on Holowai Place after the Fire Department extinguished the flames around 4:30 p.m. Wednesday in Wailuku.

“I didn’t even know someone lived there,” Kanuha said. She added that a few neighbors in the area were renovating their homes.

Seven people were displaced by the fire and the Red Cross was assisting them, Martin said.

The Red Cross said disaster volunteers went to the scene after the fire report to meet with affected residents, ensuring that immediate emergency needs for food, shelter and clothing were met. Caseworkers will continue to follow up with anyone affected in the coming weeks to provide referrals, guidance or additional assistance as needed to help with the recovery process.

There were no reports of injuries, and the cause of the fire is under investigation. Martin did not have damage estimates Wednesday evening.

The fire appeared to be focused on the upper floor of the structure, which remained intact. A window and corner of the upper floor that were visible from streets nearby were burnt out. Fire units lined the narrow road to the home overlooking the Wailuku River on Wednesday afternoon.