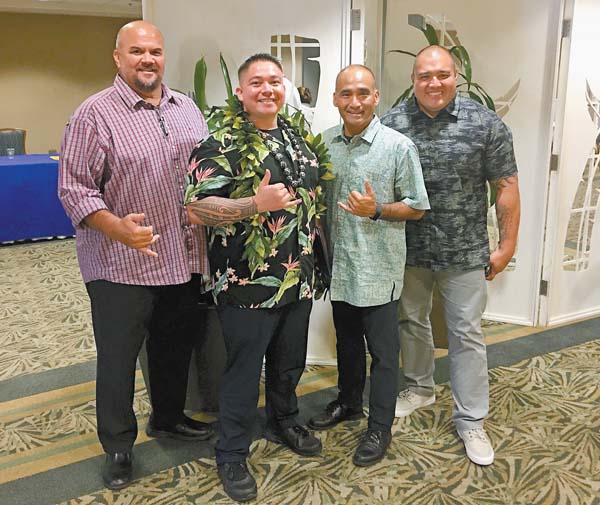 He was among local, state, federal and military law enforcement officials and security professionals who were recognized at a ceremony Oct. 24 at the Ala Moana Hotel in Honolulu, Maui police said in a news release on Friday.

Cabral joined MPD in 2010 and has worked as a patrol officer on Lanai and in Lahaina and Wailuku. On Lanai, he assisted in numerous narcotics enforcement operations and also worked with youths on the island, according to MPD.

In his current assignment, Cabral “initiates numerous status and criminal offense cases involving minors in hopes of keeping them out of the criminal justice system by referring them to available services,” the news release said.

Cabral was described as the “go-to guy” who is often called upon to orchestrate assignments when a supervisor isn’t available.

“He teaches the players valuable lessons such as working as a team, building self-confidence, playing through adversity and displaying sportsmanship,” the news release said.