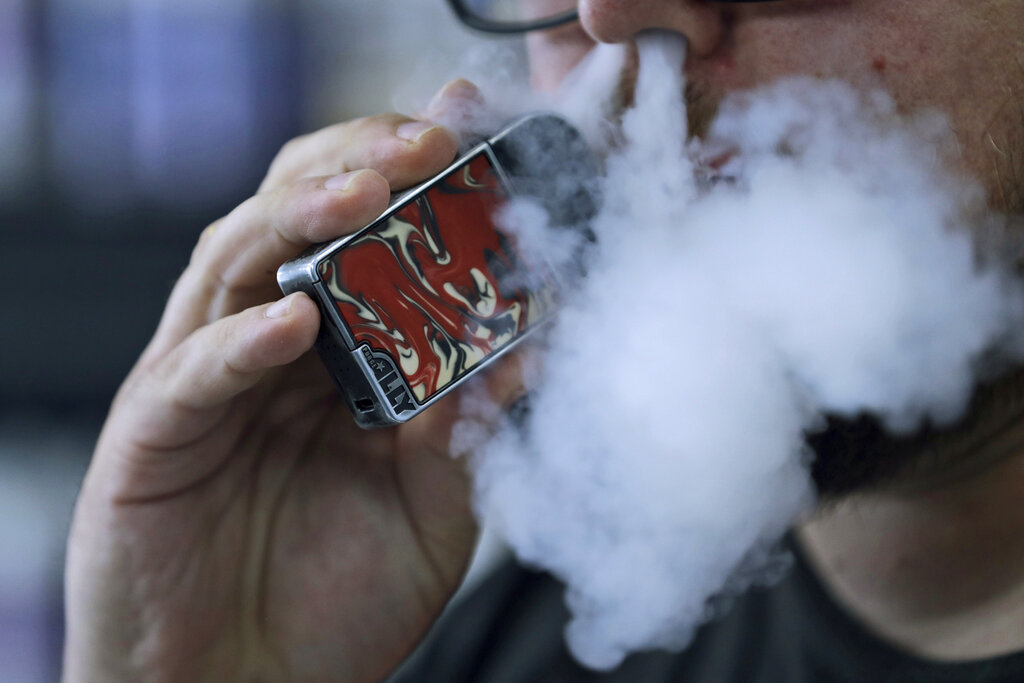 HONOLULU — Two additional cases of vaping-related lung injury were confirmed in Hawaii, bringing the number of cases to four in the state, health officials said.

The cases were related to the use of e-cigarette or vaping products and advised everyone “to stop vaping, no matter the substance or source, until current nationwide investigations are complete,” state Department of Health officials said in a news release Friday.

All four patients, including two adolescents, reported vaping THC before developing symptoms including shortness of breath, gastrointestinal problems, fever and chest pains, health officials said. All were hospitalized and have recovered.

Investigations are ongoing into at least a half-dozen more reports in the state, officials said.

“The public should refrain from using these products, regardless of whether they contain nicotine or THC,” said state Director of Health Bruce Anderson. “Those are probably not all that we’re concerned about. There may be other sources that’s also hazardous.”

As of Wednesday, health officials have confirmed 42 deaths and 2,172 cases of vaping-related illness and probable related injuries in 49 states, the District of Columbia, Puerto Rico and the Virgin Islands, according to the U.S. Centers for Disease Control.

According to state Health Department statistics, Hawaii ranks second in the nation for e-cigarette use among high school students, with an estimated 25.5 percent currently vaping, twice the national average, the Star-Advertiser reported. E-cigarettes are even more prevalent on the neighbor islands, with as many as 34 percent of high school students using the devices, according to the statistics.

“It’s a serious problem, but you’ve got to look at the root of the problem. It’s not coming from our stores,” Irie Hawaii owner Mariner Revell told Hawaii Tribune-Herald. “I haven’t seen one case where one legitimate vaping manufacturer is to blame. They’re blaming it on flavors. And it’s not the flavors. It’s the illegal manufacturers on the street.”

His business and others that sell e-cigarettes and vaping products are affected by media reports of lung injuries caused by vaping, Revell said.

“It’s really unfortunate that the press reports that vaping is bad,” he said. “It’s not the stuff you’re buying in stores from professional vape manufacturers.”