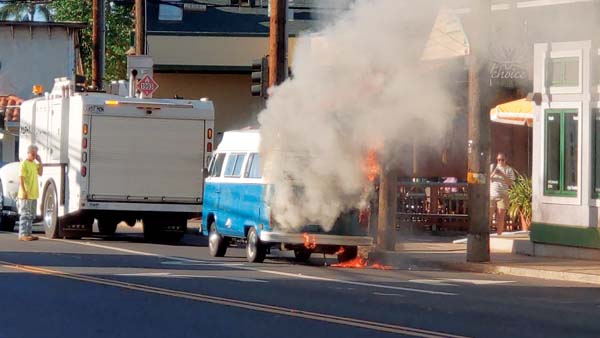 A 1975 Volkswagen van was engulfed in flames Monday afternoon, causing a traffic jam at Baldwin Avenue and Hana Highway in Paia.

Damage was estimated at $20,000 to the van, which was rented by a visitor who had traveled from Mana Foods on Baldwin Avenue to Hana Highway when the van began smoking from its rear engine compartment at about 4 p.m., said Fire Services Chief Rylan Yatsushiro.

He said the fire was determined to be accidental and possibly caused by a mechanical issue.

Paia firefighters responded and found the van engulfed in flames.