East Maui gets 7 inches of rain

Maui County is on flash-flood watch 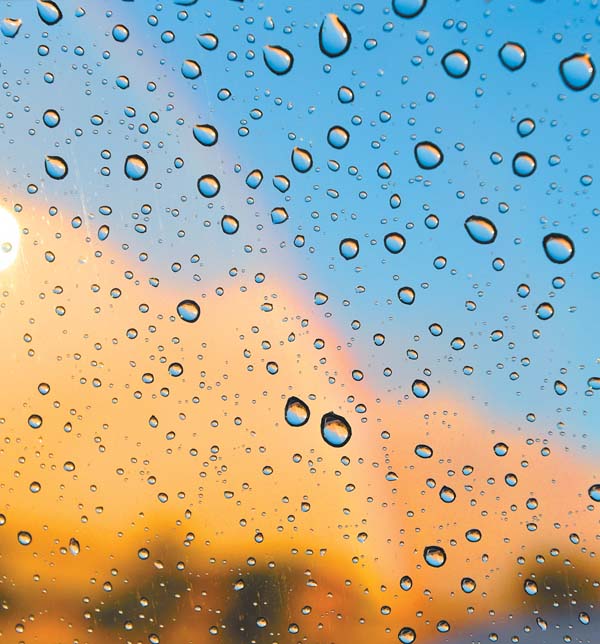 East Maui recorded as much as 7.16 inches of rain from Saturday to Sunday afternoon as downpours continued to drench the island and put the county under a flash-flood watch through this afternoon.

The National Weather Service said Sunday that an upper-level low to the west of the islands will combine with strong east to southeast winds and create the potential for excessive rainfall, especially in windward areas. The ground is saturated in many areas due to recent rainfall, and any heavy showers that develop will lead to runoff in streams and rivers, increasing the potential for flash flooding.

Rain could cause flooding in low spots, which could make some roadways impassable. Debris in streams and gulches may also clog bridges and culverts. Strong winds may cause trees and branches to fall, increasing the potential for landslides.

The weather service warned against crossing fast-flowing water in vehicles or on foot. Campers and hikers should reschedule outings. It does not have to be raining heavily for flash flooding to occur in an area, the weather service said.

On Sunday morning, storm conditions shut down a portion of Piilani Highway in Kipahulu. According to the county, the highway is impassable and has been completely closed between Mile Markers 35 and 38 until further notice.

East Maui got the most rain, with the West Wailuaiki gauge in East Maui recording 7.16 inches over a 24-hour period ending at 5 p.m. Sunday. Coming in second was the Puu Kukui gauge in the West Maui Mountains at 5.83 inches, followed by the Haiku gauge at 3.53 inches, the Kula 1 gauge at 3.34 inches and the Hana Airport at 2.60 inches. On Molokai, the Puu Alii gauge recorded 3.49 inches — the most on island — with three other gauges recording at least an inch. Lanai, however, saw much less rain, with 0.30 inches in Lanai City.

The state Department of Education announced Sunday night that Hana High & Elementary School will be closed today due to power outages in the area.

Meanwhile, a high-surf advisory will be in effect for east-facing shores of Molokai and Maui through 6 a.m. Thursday. Strong to near gale force trade winds will produce large and rough surf, which may begin to decrease late Wednesday along with the trades.

Surf is expected to reach 8 to 12 feet through Wednesday, lowering to 6 to 10 feet Wednesday night. Impacts include strong breaking waves, shore break and strong longshore and rip currents.

For updates, tune in to local radio or TV stations or NOAA Weather Radio. NOAA weather information is also available by calling (866) 944-5025 or by visiting weather.gov/hawaii. Prerecorded advisories are available 24 hours a day on the county’s automated system at 986-1200.