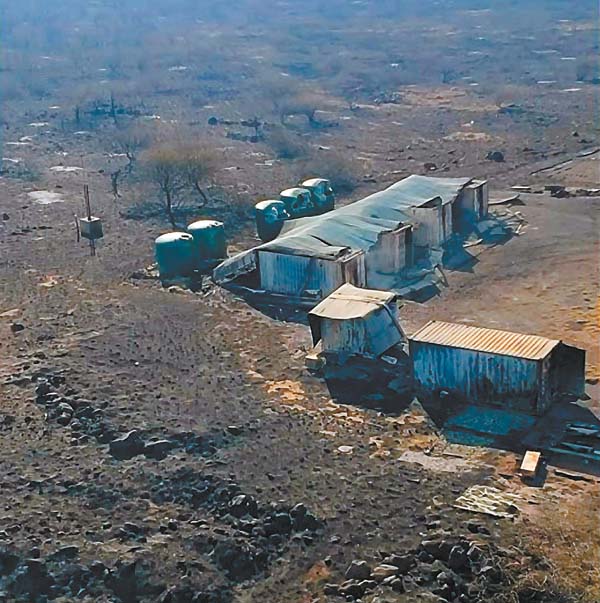 The main storage facility for the Kaho’olawe Island Reserve Commission was consumed by a fire that had burned about 6,400 acres of the island by Tuesday morning, officials said.

The loss of the storage facility and surrounding structures was reported Tuesday afternoon by the commission, based on an update from the Maui Fire Department.

“This loss is significant, with a large amount of supplies and equipment having been housed in this area,” the commission said in a news release. “We hope to send a team back out to island later this week to get a better assessment of the damages.”

Executive Director Mike Nahoopii said that the storage facility is about 3 miles up the road from the base camp, which was spared by the fire. It included “all of our radiation supplies like irrigation tubing, hand tools, chain saws, weed eaters, chipper, vehicles and excavator,” Nahoopii said Tuesday afternoon.

The fire was reported at about 9:50 a.m. Saturday on the southwest end of the island. It has now scorched over 20 percent over the island’s 28,500 acres.

Based on aerial reconnaissance at 9:30 a.m. Tuesday, the Fire Department reported that the perimeter of the burned area was about 13 miles long, with most of the area not actively burning as of Tuesday morning. Active fire was reported in a half-mile section along the northeast section of the perimeter.

“It appears that the prevailing tradewinds are helping slow the forward progress of the fire at this time,” the Fire Department reported.

Firefighters were continuing to monitor the blaze.

“The Fire Department is currently unable to engage in firefighting efforts by land or air due to the extreme hazards presented by unexploded ordnances which still exist on Kahoolawe island,” the department said.