NASA’s astronaut Andrew “Drew” Morgan adjusts a mobile space lab largely designed and fabricated in Kahului. Morgan is with the mobile lab at the International Space Station. SCORPIO-V, the biological sciences division of HNu Photonics, based in Kahului, has designed the tissue and cell culturing facility, which can perform biology experiments in space without crew monitoring for as long as a month. HNu Photonics photos

A multimillion-dollar mobile space lab designed and largely fabricated in Kahului has been “working very well” on the International Space Station for a little over a week, despite some “unexpected anomalies after installation.”

“Now that the engineering has been resolved, we are moving forward with the biology experiment as planned,” said Devin Ridgley, chief biologist for the SCORPIO-V division, which is the biological sciences division of HNu Photonics, based in Kahului.

SCORPIO-V designed a tissue and cell culturing facility, which can perform biology experiments in space without crew monitoring for as long as a month.

The launch, which was initially scheduled for Feb. 9, was scrubbed twice, once due to malfunctioning ground equipment and the second time due to weather, Ridgley said. But the third time, it worked. Six members of SCORPIO-V were on hand in Virginia for the launch. 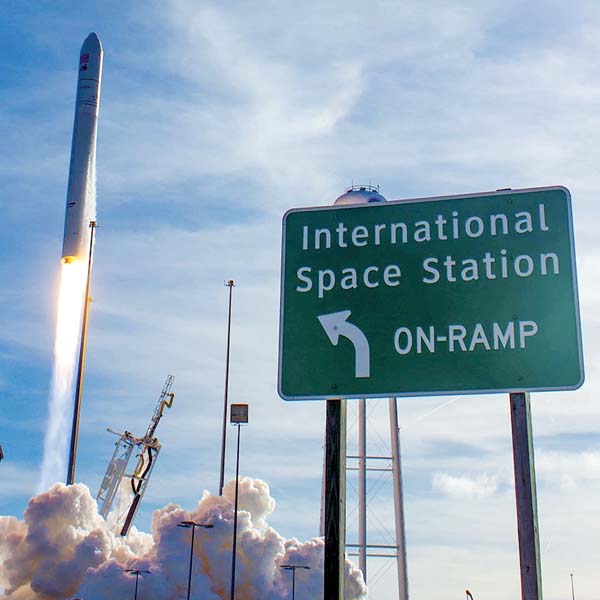 A mobile space lab largely designed and fabricated in Kahului is now at the International Space Station. In a photo taken earlier this month, the rocket transporting the lab to space launches from NASA’s Wallops Flight Facility in Virginia.

“We have been operating the system from HNu’s remote commanding station here in Kahului since the 18th,” Ridgley said in an email.

“We have been monitoring several engineering systems to ensure that everything is functioning nominally since installation. In general, the system is working very well. There were a few unexpected anomalies after installation, but we were able to work with NASA and astronaut Andrew “Drew” Morgan to resolve those issues.”

Those anomalies included adjusting the internal temperature of the biolab, Ridgley said.

“We will be monitoring the progress of neuron growth over the next four weeks and downloading data daily,” he added.

On Tuesday afternoon via phone from his offices in Kahului, Ridgley said he and staff may at times have to work with the astronaut’s schedule at the ISS, which is on Greenwich Mean Time, 10 hours ahead of Hawaii.

Because of this, Ridgley and staff may sometimes have to be at work at 3 a.m. Hawaii time.

The biolab is scheduled to come back to Earth in mid-April.

Ridgley said in January that the initial experiments conducted in space will involve human neurons or brain cells. The study will look at how space environment accelerates age-related declines in neurons.