Candidates for liquor director could be vetted in May 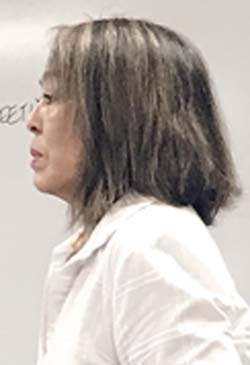 WAILUKU — The Maui County Liquor Control Commission has officially begun its search for a new liquor director to replace the recently retired Glenn Mukai, with the panel reviewing applications for the position as soon as May.

Deputy Director Georgette Tyau has stepped into Mukai’s role in the interim. When asked after the commission meeting on Wednesday if she would apply for the job of director, Tyau declined comment.

During the regular meeting at the department’s office at the David K. Trask Jr. office building, the commission approved official posting of the vacancy, the job application and a background data form.

But First Deputy Corporation Counsel Ed Kushi Jr. will be researching some questions raised by commissioner Jamie Becraft on Wednesday regarding Hawaii residency for applicants, as well as what types of personal background questions the commission could ask of candidates.

Becraft wanted to see if the commission could ask applicants about prior employment records and whether they received any disciplinary action at previous jobs, as well as conduct background checks similar to what the Maui Police Department does.

He added this could also include interviewing neighbors.

Kushi replied that he would check if requests could be made regarding employee disciplinary matters, but he would not ask about “background checks on neighbors.”

He said there needs to be a level of honesty to make sure there are no problems.

“They are doing what pretty much the Police Department does. . . . We want to be sure we are vetting a person thoroughly,” Becraft said.

Kushi added that when a job offer is made to a candidate for director, the candidate undergoes a drug test and criminal history record check.

Kushi said outside the meeting that public posting for the job should occur in late March, with an application deadline of late April or early May.

The interview process and deliberations will be done in executive session, because it involves potential employee interviews, Kushi said during the meeting.

He added that an open session interview could also be done if an applicant desires.

The last search for a director from late 2015 to early 2016 took around eight months.

In October 2015, the commission selected Dana Souza as its new director. However, after community members complained about a lack of transparency because selection of a director was not on the agenda, the commission held another meeting, during which members waived their selection process and chose not to seek a list of applicants. After meeting behind closed doors, they reappointed Souza as director.

Souza later declined the post without explanation, forcing the commission to go through a formal selection process that included forming a subcommittee to process applications and forwarding them to the full commission for final approval.

The list of four applicant names unveiled at a February 2016 meeting included Mukai, who was a former deputy director of the department. He was later selected as director in June 2016 and presided over the department for three years that were marked by controversy over significant rule changes that were passed without proper public review and notice. The rule changes were later rolled back by the commission following public complaints.

Mukai retired at the end of February.

Hankins said that so far, 50 vehicles have been towed. At this point last year there were seven traffic fatalities compared the two currently.

“It’s making a difference,” Hankins said of the bill.

He and Sugimura requested that funding of around $20,000, if available, go toward having students develop a poster about the tow law. The poster could also be passed out to licensees, who could place it in areas for the public to see and be informed.

They also discussed giving educational documents about the law to those taking liquor certification classes as well as developing an educational video for the community.