Maui gets third case of COVID-19 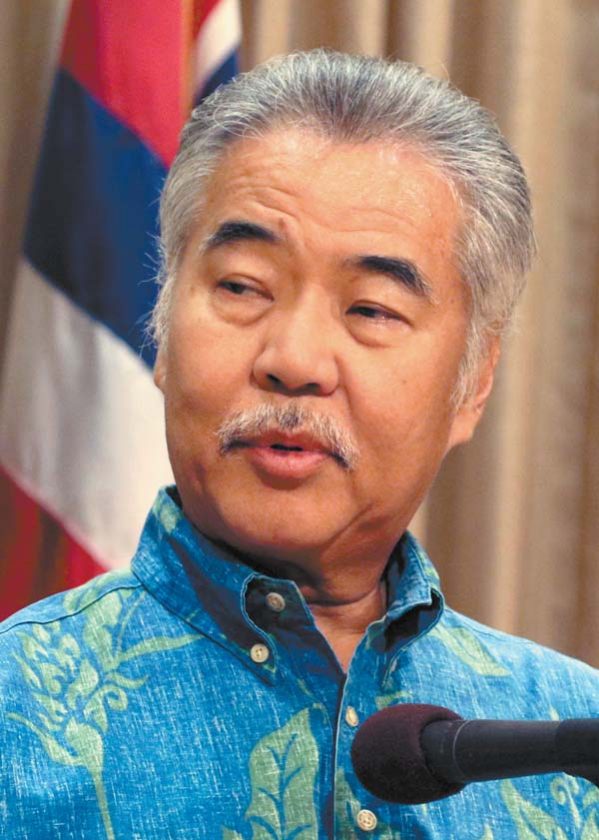 State health officials reported a third case of COVID-19 on Maui on the same afternoon that Gov. David Ige announced sweeping measures to curb the spread of the virus, including closing bars, theaters and places of worship, and asking visitors to postpone their trips.

“These actions may seem extreme to some of you, and we know that it will have a negative impact on our economy, but we are confident that taking aggressive actions now will allow us to have quicker recovery when the crisis is over,” Ige said during a news conference Tuesday afternoon.

Shortly before Ige spoke, state Department of Health Director Dr. Bruce Anderson and state epidemiologist Dr. Sarah Park reported four new presumptive positive cases — one on Maui, two on Oahu and one on Hawaii island. Park said the Hawaii island case was a traveler from the Mainland, while the two Oahu cases were both visitors, one from Japan and the other from the Philippines.

She did not know whether the Maui case was a resident or a visitor.

“Unfortunately, that’s all we know,” she said. “All of these are adults, by the way. That’s the extent that I can tell you right now. We’re just as anxious as you are to get more information.”

DOH spokeswoman Janice Okubo did not respond to requests for additional information on the Maui case later Tuesday evening.

This brings the statewide total of confirmed and presumptive positive cases to 14. Private labs must still get additional confirmation with state and public health labs, which no longer have to confirm their cases with the Centers for Disease Control and Prevention.

Both of Maui’s previous cases have been from out of state. The first was an Air Canada flight attendant who arrived on Maui on March 8, developed symptoms March 9 and self-isolated at the Royal Lahaina Resort until her test came back positive. She was placed in isolation.

The second case was a Texas visitor who arrived March 7 and developed symptoms March 9. Health officials said Monday that the visitor remained in isolation — though they did not say where — while the traveling partner was in quarantine.

In a letter to owners and guests, Westin Nanea Ocean Villas General Manager Chris Rabang confirmed that the resort did have a guest who had tested positive for COVID-19.

Rabang said that the resort was continuing “enhanced cleaning protocols/procedures in specific common areas where the guest is known to have been present during his/her stay.”

“This will also include specific cleaning protocols for the villa that the guest is currently occupying once the guest is able to check out of the resort,” Rabang said. “At this time, at the direction of public health authorities, the guest is self-isolating.”

Rabang said that in response to COVID-19, the resort has increased cleaning for public areas that include restrooms, the lobby, fitness center and locker rooms, activities and the Kids Club, shuttle buses and other key property guest areas.

“We have an isolation site with three units located away from the public,” Sugidono said. “Two units are fully furnished, including beds, showers, toilets, a kitchen, paper plates, utensils and other amenities. The third unit should be online by end of day tomorrow.”

Sugidono said that one unit is designated for families, while the other two are for individuals or couples.

As for the Canadian flight attendant, he said she had made arrangements with her employer to return home.

Meanwhile, the governor called for widespread shutdowns of public places as part of the White House’s initiative of “15 days to slow the spread.”

Ige said he was “strongly encouraging” visitors to postpone their trips for the next 30 days and to reschedule for a later date.

“This will help us deal with the virus first, protect the integrity of our destination and enable us to welcome our visitors back to Hawaii soon,” he said.

Ige added that starting Friday, screening of all passengers disembarking from cruise ships will begin, including thermal screening and interviews conducted by physicians. The airport is working on screening plans as well.

The governor also asked for social gatherings to be limited to groups of no more than 10, per CDC guidelines. He called for the closure of bars, clubs, theaters, entertainment centers, visitor attractions and places of worship; restaurants should shift to drive-thru, takeout, pickup or delivery services only. He also asked that residents avoid “discretionary travel” and visits to nursing homes, retirement or long-term care facilities.

When asked what would happen if people did not follow the guidelines, Ige said that “we are asking for the community’s participation and support.”

“Obviously, if someone chooses to disobey the orders, then we’ll deal with it appropriately.”

To make sure services continue during the outbreak, utilities and other crucial providers will be allowed to take “necessary measures” to keep operating. This includes utilities, fuel producers, shipping facilities, financial institutions and services, telecom companies, wholesalers and distributors, grocery stores, pharmacies and gas stations.

Ige said the state also is working to make sure employees have benefits even if they’re not at work. He said they’re trying to halt evictions for not paying rent, as well as foreclosures.

Among state departments, workers in essential roles will still need to report to work, but employees in nonessential roles can work remotely. Those who can’t work remotely would be assigned to stay at home and could be redirected to other related tasks.

“For the next 15 calendar days, I am directing departments to have all nonessential staff stay home,” Ige said. “All employees will continue to be paid and will still be eligible for sick leave, vacation and other benefits.”

Nonessential travel for state workers also will be banned, including trips to the Neighbor Islands. Anyone who travels will need to complete 14 days of self-quarantine.

The state Department of Education is the exception.

“We do expect that there will be more stringent actions that will be required in the days to come as we watch the COVID-19 pandemic unfold,” Ige said. “We continue to look at other options to improve social distancing so that we can truly flatten the curve of this epidemic.”

A single-engine Cessna flipped over after landing at Kahului Airport on Tuesday morning. State Department of Transportation photo

A “park closed” sign could be seen up against the locked yellow gates at the Kanaloa Avenue entrance to Keopuolani Park in Kahului on Tuesday. Maui County closed its parks beginning Saturday. The Maui News / MELISSA TANJI photo

Food is sparse on the Maui Food Bank shelves in Wailuku. The Food Bank is asking for the community’s help given the COVID-19 pandemic, which will tap its limited supplies. ERICK ACIDERA photo