Decision on interisland quarantine is expected in the ‘next few days’ 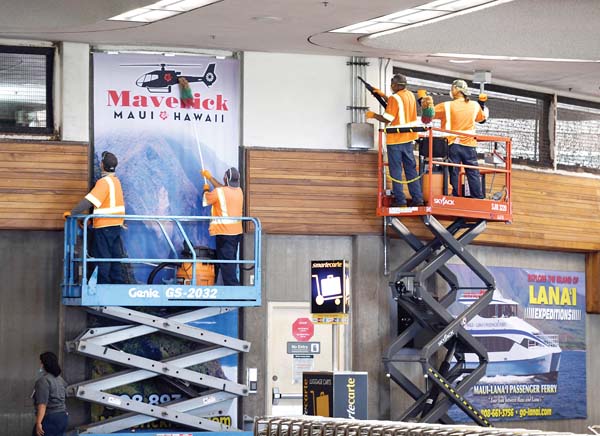 Gov. David Ige said the state is planning to once again extend the mandatory 14-day quarantine for out-of-state travelers — this time into July — a little over a week after signing an emergency proclamation that pushed it to June 30.

“We will be extending the quarantine beyond June 30,” Ige said Thursday during a Facebook livestream with all four county mayors. “Interisland travel is different, but transpacific continues to be a concern.”

The out-of-state travel quarantine rules went into effect March 26, followed shortly after by the interisland rules on April 1.

Over the past week, Ige and the mayors have been hinting at potentially lifting the interisland quarantine requirements but have not offered a hard timeline yet. The governor said Thursday that a decision on the 14-day quarantine rules for interisland travelers will be announced “in the next few days.”

Maui County Mayor Michael Victorino said during the livestream that while cases have been low and the situation has been improving, traveling on planes “in close proximity to each other” is still a concern.

The baggage claim carousel is empty Thursday morning. Only one flight from the Mainland arrived at Kahului Airport on Wednesday. There were 60 passengers — 16 were visitors.

“I’d rather see us be safe than sorry,” Victorino said. “It’s going to be a challenge. But interisland travel, there’s so many dynamics that we want to make sure that if someone’s coming from another island, that A, they’re healthy, and that they’re not going to spread any germs and . . . that they will not contract COVID-19 or any other disease and take it back home.”

Victorino added that the state has to “continue to be proactive” to protect places like Molokai, which only has had two cases, and Lanai, which has had none. Their limited medical facilities and capacity to handle virus cases are a concern.

He agreed with Ige’s plan to extend the out-of-state travel quarantine beyond June 30 and suggested during a later news conference that perhaps July 31 could be a good time to lift the restrictions. He said that the state needs time to set up precautions, like testing at airports, and that easing back on interisland travel restrictions first could allow time to set up a good system.

“We’re in excellent shape, but we want to stay there, and most important, people have to be patient because if we make a misstep, then we have to step back,” he said.

“I’m for reopening. We are working on guidelines, we are working on protocols. This is a good test to see how prepared we can be for when we open the state for transpacific, as well as international flights.”

The state is preparing to set up thermal screening at its airports, and some public officials have been pushing to require testing of all passengers before they board flights to Hawaii. Victorino said he agreed with Lt. Gov. Josh Green’s proposal to test passengers 72 hours prior to traveling.

“I would think for the airlines and any passenger going on the plane would like to know that there’s no person spreading germs,” he said.

The baggage claim carousel is empty Thursday morning. Only one flight from the Mainland arrived at Kahului Airport on Wednesday. There were 60 passengers — 16 were visitors.

Personnel from Maui Police Department and the National Guard confirm a motorist is an East Maui resident before allowing the car to continue Thursday morning on Hana Highway. Police officers and Guard members were staffing a checkpoint near Twin Falls, which also is closed. As of 11 a.m., about 10 nonresident drivers were turned around, they said. The Maui News / MATTHEW THAYER photos

While travel by nonresidents to East Maui was restricted March 18 by Gov. David Ige, there was no official enforcement until mid-April, when permanent checkpoints were established at Twin Falls and past Keokea.