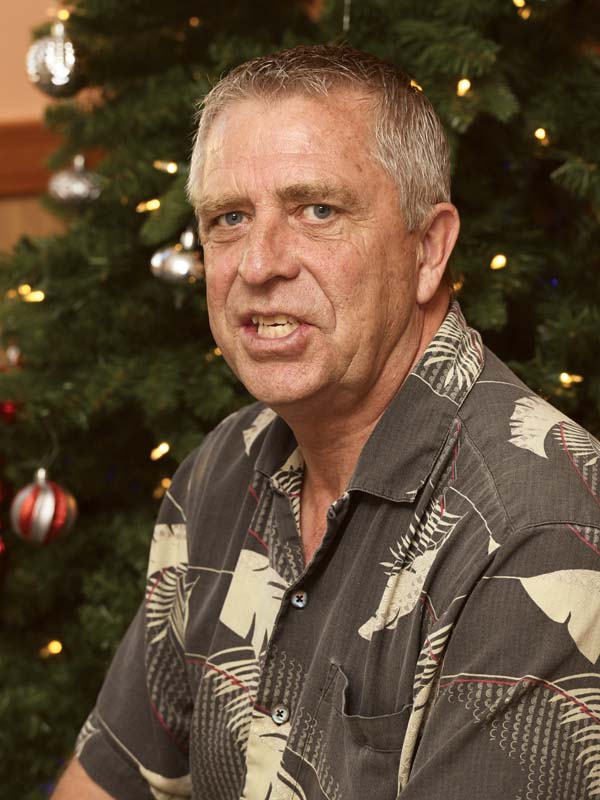 Paul Tonnessen, as executive director of the Friends of the Children’s Justice Center of Maui, is a hero to thousands of kids. The Maui News / MATTHEW THAYER photo

As the saying goes, not all heroes wear capes. But if you meet Paul Tonnessen, you might start to wonder if he has one hidden somewhere.

Tonnessen is the executive director of the Friends of the Children’s Justice Center of Maui, a nonprofit organization that serves approximately 800 children annually who suffer from abuse and neglect. He’s a hero to thousands of kids — because he goes above and beyond to give them what they so desperately need.

It is a distressing, heartbreaking reality: According to the National Children’s Alliance, nearly 700,000 American children are victims of neglect or physical or sexual abuse every year. Additionally, research shows that 1 in 4 girls and 1 in 6 boys will be sexually assaulted by the time they are 18.

In Hawaii, more than 50 percent of reported victims of crime are under the age of 18. In 2015, the state had 2,108 total referrals for child abuse and neglect, according to the Hawaii State Chapter of Children’s Justice Centers. In 2017, more than 800 cases of sexual abuse were reported in Hawaii — of those, 102 were in Maui County. (And it’s important to note that many cases go unreported.)

Hawaii’s Children’s Justice Centers are programs of the state Judiciary; they were established by the state Legislature in 1986 to ensure a fair and neutral process for the handling of reports of child abuse. Today, there are five centers statewide: West Hawaii, East Hawaii, Oahu, Kauai and Maui. (The Maui center also serves children living on Molokai and Lanai, who are flown in for interviews and medical examinations.)

Each center is designed to make children feel safe and comfortable while being interviewed about reports of child abuse, particularly sexual abuse, and as witnesses to crimes. On average, the state’s Children’s Justice Centers see an estimated 1,000 children every year — and many of these children arrive with no more than the clothes on their backs.

“Our main focus is: How are we going to heal these kids?” Tonnessen said. The organization works with its community partners to fulfill a child’s needs, which run the gamut from counseling and tutoring to clothes and school supplies — and everything in between.

“Anything they need to begin healing,” he said.

Tonnessen took the helm of the Friends of the Children’s Justice Center of Maui in 2012. The newly minted executive director was no stranger to the nonprofit’s mission — he had served on the board of directors for 12 years before being selected to fill the shoes of his predecessor. Tonnessen is the nonprofit’s sole employee, but he’s quick to point out that it’s far from a one-man show — he says he’s indebted to the volunteers and board members who are steadfastly committed to the organization.

Over the years, Tonnessen has been an outspoken advocate for abused and neglected children. He’s also been a visible presence in the community, particularly during the holidays, when he rounds up thousands of toys so no child goes without a gift. And for some, it’s the only one they’ll receive.

When Tonnessen sees a problem that needs to be solved, he won’t hesitate to take action. And quickly. Case in point: When he learned that some foster children were moving from one placement to another toting their belongings in trash bags, Tonnessen swiftly collaborated with child welfare authorities to ensure every child welfare worker would have kid-friendly duffel bags for children moving into new foster homes.

“The more I see a need for something, the more I want to help,” he explained.

In 2012, Tonnessen debuted a teen empowerment program at the Hui Malama Learning Center. It was so successful that the Friends of the Children’s Justice Center of Maui launched the “Journey to New Beginnings” project in 2017 for at-risk youth on Molokai. The program has had a profound and transformative impact on participants; Tonnessen hopes to introduce it to Maui youths in the near future.

Even with his jam-packed schedule, Tonnessen has volunteered to serve on a number of nonprofit boards; he’s also the president of Maui Pride, a Juvenile and Family Drug Court mentor, a member of the Rotary Club of Wailuku and a foster parent.

He’s seen his share of tragic stories, but Tonnessen will never lose sight of the bigger picture.

“As sad as this job can be, I know I’m making a difference — there’s no greater reward than giving children hope and seeing them heal,” he said.

To learn more about the Friends of the Children’s Justice Center of Maui or to inquire about donor opportunities, visit www.mauicjc.org or call 986-8634.

Ellen Federoff, dean of student life at Kihei Charter School, is the founder of the school’s paddling program, the program director at Kihei Canoe Club and also launched Paddle for Life, participating every year since its inception. The Maui News MATTHEW / THAYER photo

Paul Tonnessen, as executive director of the Friends of the Children’s Justice Center of Maui, is a hero to thousands of kids. The Maui News / MATTHEW THAYER photo

Jordan Ruidas started a Facebook Lahaina Strong fundraiser to help the 20 families affected by the fire that ravaged Lahaina in August and wound up raising close to $200,000. She poses last week near a blackened Lahaina palm tree and melted tire. The Maui News / MATTHEW THAYER photo

Robin Newbold holds a photo of herself swimming in the watery world she loves. Newbold is the executive director of Maui Nui Marine Resource Council, a nonprofit that spearheads and supports clean water/coral reef restoration projects. The Maui News / MATTHEW THAYER photo 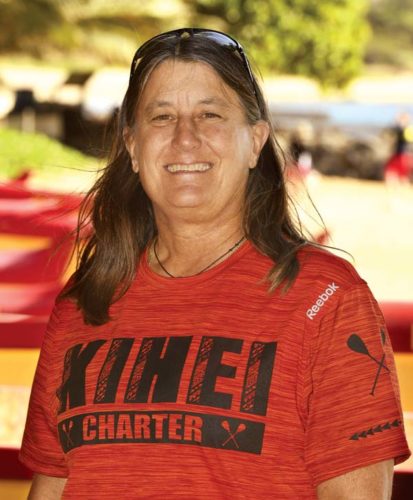