In her first-ever Maui concert Saturday, performing in the SEVA Foundation’s “Sing Out for Sight” benefit at the Maui Arts & Cultural Center, ’60s folk music archangel Joan Baez dazzled a sold-out Castle Theater audience that had come of age on her music.

Wearing a black T-shirt with the label “Nasty Woman,” she sang her first song to the “Nasty Man” now occupying the White House. It was a blistering condemnation, echoing many revelations coming out of the so-called fake-news media — only hers rhymed. Her original composition was not a very good song, she joked with the audience, adding that any of us could come up with a better one after we got home that night.

Indignation, righteousness, wistful soul and battered hope have long been signatures of her music. Funny, feisty, fearless, her hair is white now but she still has the moves of an ageless folkie guitar slinger. She reminded the audience — where I spotted folks including Jason Denhart, Katie Romanchuk, David Raatz, Shep Gordon, Dano Sayles and Donnie Dawson — that it had been 50 years since the events described between her and a young “unwashed phenomenon” in “Diamonds and Rust.” Works by Woody Guthrie, Paul Simon and John Lennon had the audience singing along; Hana resident Kris Kristofferson joined her onstage for a chorus of his “Me and Bobby McGee.”

The SEVA Foundation is a Berkeley-based nonprofit that began in the late ’70s dedicated to overcoming blindness, mostly in the world’s poorest countries. SEVA provides virtually free cataract surgeries and has restored sight to 4 million people, and counting.

The evening was also a tribute to one of SEVA’s founders, renowned spiritual teacher and author Ram Dass, a Haiku resident since 2004. In a life dedicated to love and service, he remains best known for writing “Be Here Now,” published in 1971, which provided a portal into yoga and Eastern spirituality for generations of Westerners ever since.

In the wheelchair that’s been part of his life since a 1997 stroke, dressed in shorts and Hawaiian shirt, the Haiku holy man, now 85, was obviously touched by the outpouring of love from the audience.

Baez spoke of visiting him in his Haiku home earlier that day. “It was like visiting the sun,” she said.

After a soulful opening set by Krishna Das and friends, the audience learned the stories of both SEVA and Ram Dass from videos woven into the program. Another SEVA founder, Dr. Larry Brilliant, provided narration.

The seeds of the organization were sown almost 50 years ago in a remote Indian village, guided by a Hindu guru named Neem Karoli Baba, called Maharajji by his devotees. Ram Dass became an exponent of Maharajji’s message of unconditional love and, in turn, a beacon for other young Westerners who followed.

“Maharajji is a fisherman. He’s fishing. And I’m a lure,” Ram Dass told me when I interviewed him about the concert last month.

The show ended with a long set from another longtime troubadour on SEVA’s behalf, Jackson Browne.

“Be here now — that’s the trick,” quipped Browne between songs, to himself as much as the audience.

The meaning of Be Here Now may have evolved over the years . . . but it remains as good as advice gets. And it came with the news that each ticket for the show would fund at least one cataract surgery somewhere in the world.

Elsewhere in the entertainment front, the Academy Awards may not have ended well, but Maui Film Festival can still claim bragging rights for honoring awesome Viola Davis first. She received the festival’s Navigator Award last June, outdoors under a starry sky at the Celestial Cinema in front of an audience of several thousand. The “Fences” star accepted it with the same grace, brilliance and passion she displayed during the Oscar telecast. Wonder whom the festival is going to honor this year when it returns to Wailea and the MACC June 21-25.

And award-winning Maui filmmaker and music festival producer Kenneth Martinez Burgmaier and his co-producers recently received the Best Action Film award at the 42nd annual Boston Science Film Festival for their “2307: Winter’s Dream.” This brings their prize tally to six, and counting. Variety reports they have made distribution deals to screen in 10 to 20 North American markets, as well as in countries including Japan, South Korea, the U.K., Scandinavia, China, the Middle East, Germany, Russia and Israel.

* Rick Chatenever, award-winning former entertainment and features editor of The Maui News, is a freelance journalist, instructor at UH-Maui College and documentary scriptwriter/producer. Contact him at rickchatenever@gmail.com.

Some people unwittingly enable the homeless in Maui County

I was talking to a friend just the other day. He is a police officer and was telling me how the community seems to ... 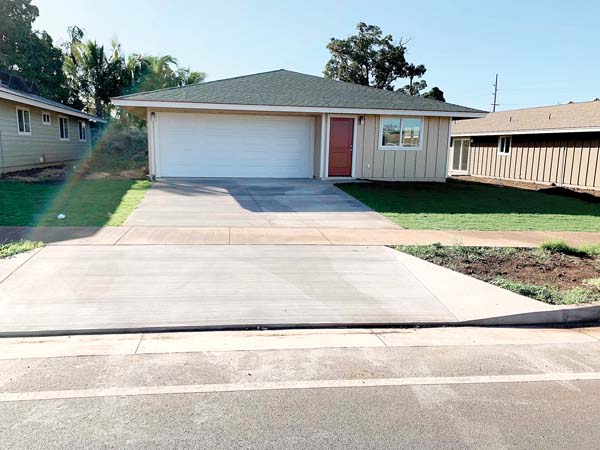 Changing lives, one home at a time

Snorkeling in paradise; is it a relaxation or risk? How dangerous can it be? They float along in paradise watching ...

At my grandmother’s Haiku home, at the end of Chickenet Farm Road, my cousin Mark and I spent most of our ...

Q: I heard there was going to be construction early this year on South Kihei Road and wanted to know when it was ...

Your county, your charter, your future

In the general election on Nov. 3, voters will be able choose whether to revise the county’s constitution — the ...