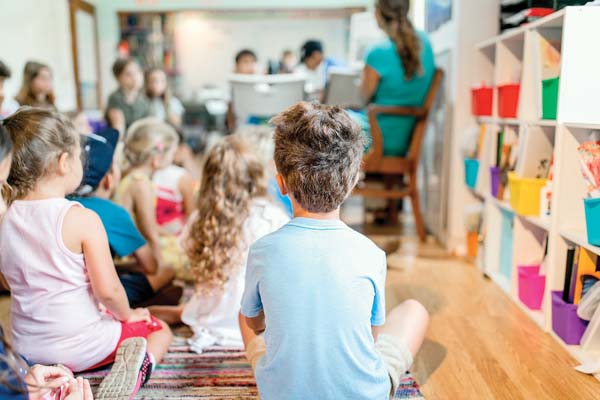 If you think a trip to the principal’s office is a dread-inducing prospect for every student, you haven’t been to Roots School or met its head of school, Melita Charan.

In fact, students routinely knock on Charan’s office-slash-conference room door, eager to share something they just learned — or to request her help with a tricky math problem. “It’s the best part of my day,” she said.

To say Charan was well-suited for the role she took on 13 years ago would be an understatement. As a teenager, she developed a keen interest in the field of education, and after landing a teaching job in Indonesia fresh out of high school, Charan knew she’d found her true calling. In the years that followed, she ran summer camps in rural Alaska, taught elementary school in her hometown of Ashland, Ore., and earned a master’s degree in early childhood education from Southern Oregon University. 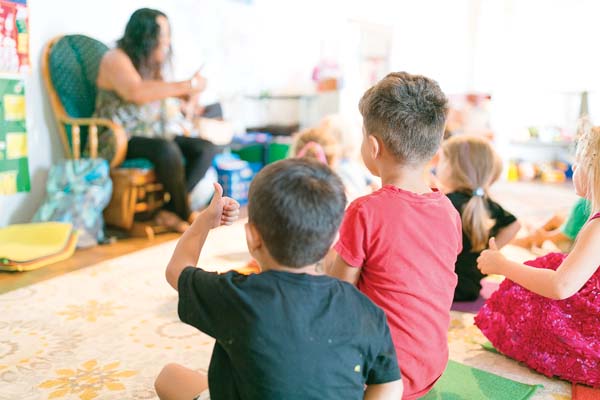 Charan moved to Maui in 2006. Not long after she arrived, she met several parents looking to hire a teacher for a home-school group. Soon after, the newly minted Roots School made its debut in a one-room schoolhouse in Haiku with six students (who collectively chose the name). Word of the fledgling school quickly spread, and by the end of the year, Charan’s class roster had doubled.

That’s when an idea began to take shape. In 2007, Charan convinced Roots co-founder and teacher Debbie Benton (whom she’d worked with in Oregon) to move to Maui. Together, they fleshed out a long-term plan for the burgeoning school. In 2010, Roots was incorporated as a nonprofit, and two years later, it moved into its current location on Haiku Road; the school purchased the property in 2017.

Today, Roots continues to thrive, and while she may be at the helm as head of school, Charan is quick to point out that it’s not a one-woman show. “There have been many people who have a played vital role at different stages of the school’s development; it has truly been a group effort,” she said. “Roots has always had an incredibly supportive community, including teachers, parents, donors, and a forward-thinking board of directors who continue to guide its growth.”

Charan is clearly in her element at Roots. Her face lights up every time she talks about the students — and the teachers, too. Earlier this year, Charan and the board of directors finalized a new teacher support program that will begin in the 2019-20 school year. The aptly named Kakou Program (kakou means “all of us”) addresses an alarming national trend: Research shows a growing number of beginning teachers leave the profession within five years as a result of burnout. The Kakou Program is designed to head burnout off at the pass by promoting a healthy work-life balance.

Among other things, starting this fall, the school’s lead teachers will teach classes four days out of the week and have one designated flexible day. On each “flex day,” a rotating specialized teacher will fill in and teach a specific subject (like STEM, Hawaiian studies or drama) and give the lead teacher an opportunity to step out of the classroom and develop curriculum, work on lesson plans — and catch their breath. “I want our teachers to continue to be passionate and excited about what they’re doing,” Charan said. “And for that to happen, they need time to create curriculum, time to be creative and inspired . . . and time to live.” 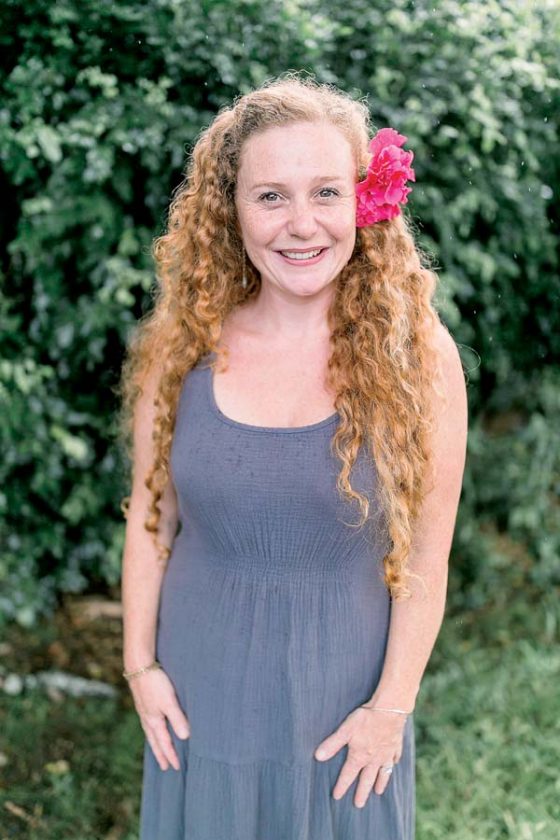 Melita Charan is the co-founder and head of Roots School, an independent private school in Haiku.

And it’s a win-win for everyone. Once the program is up and running, Charan said, “I know our students will love learning even more than they already do.” She says she hopes other schools will follow Roots’ lead and adopt similar teacher support programs. “We have to flip the switch and create a situation in which teachers are beyond excited to go to work every day,” Charan said. “This is a way to relight that fire.”

For more information about Roots School, visit www.rootsmaui.org or call 250-7988. Roots is still accepting resumes for the specialized teacher position; it is also looking for a full-time middle school lead teacher. A capital campaign is currently underway to raise funds for much-needed improvements to the school’s 64-year-old building. To learn more about the capital campaign or to inquire about donor opportunities, email development@rootsmaui.org.