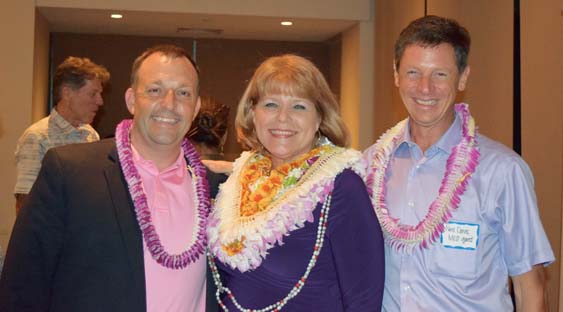 Forty years ago, Debbie Cabebe threw caution to the wind and bought a one-way ticket to Maui. She grew up on Oahu, but had never been to the Valley Isle. Trusting her gut instinct, she packed all of her belongings, put her car on an interisland barge and moved to Maui sight unseen.

It was a gamble, but four decades later, Cabebe says it’s still the best decision she ever made. “It opened up my world,” she said.

Today, Cabebe is the chief executive officer of Maui Economic Opportunity Inc., better known by its acronym, MEO. She took the helm of MEO in 2017, but has been with the nonprofit Community Action Agency (CAA) since January of 2000.

Cabebe’s professional journey began when she became the assistant human resources manager at the now-shuttered Liberty House retail store at Queen Ka’ahumanu Center not long after arriving on Maui. She hadn’t planned to pursue a career in HR, but when the opportunity presented itself, Cabebe says she was drawn to the human element of the job. “I loved the people part of it,” she explained. (So much, in fact, that she went on to become a nationally certified Senior Professional in Human Resources, or SPHR.)

In December of 1999, Cabebe learned MEO was looking to fill an HR position and decided to throw her hat into the ring. She was hired by then-CEO Gladys Baisa as the chief human resources officer and was instantly captivated by MEO’s mission to help those whose voices often go unheard, including youths, the elderly, immigrants, ex-offenders, and individuals with disabilities and medical needs. In 2011, Cabebe stepped into the role of chief operating officer, and six years later, became the nonprofit’s CEO. 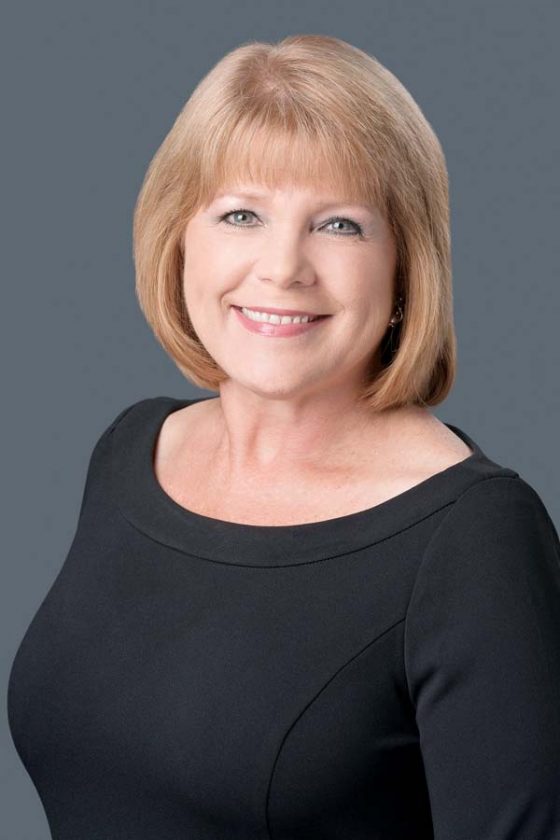 Debbie Cabebe is the chief executive officer of Maui Economic Opportunity, a nonprofit Community Action Agency that works to strengthen the community while helping people enrich their lives and achieve stability and economic security.

MEO was chartered in 1965 under the Economic Opportunity Act of 1964 (part of President Lyndon B. Johnson’s War on Poverty) and is the only designated anti-poverty CAA serving Maui County. It may be best known for its seemingly ubiquitous buses, but as Cabebe points out, MEO is essentially five nonprofits operating under one umbrella. In addition to its transportation services, the organization works to strengthen the community and promote economic independence and sustainability through four other departments: community services, early childhood services, youth services, and its business development center.

MEO lives up to its motto, “helping people, changing lives,” through a number of programs, including its Head Start preschool program, B.E.S.T. (Being Empowered and Safe Together) reintegration program, financial literacy classes for youths, senior farmers market nutrition program, and the Core Four Business Planning course. And that’s just a small sampling.

MEO’s programs are ever changing to meet the evolving needs of the community, and their impact cannot be overstated. Last year, the organization reported it provided services to more than 19,600 individuals and families and touched more than 58,000 lives throughout the state. Cabebe attributes MEO’s successes to the dedication of its staff, as well as the vision and passion of past CEOs like Baisa, Sandy Baz and Lyn McNeff.

And like her predecessors, Cabebe’s tireless efforts have not gone unnoticed.

Earlier this year, she was recognized by Pacific Business News as one of its 2019 Women Who Mean Business honorees. And last month, she received the Maui Non Profit Directors Association’s Executive Director of the Year award. Cabebe says she was humbled and surprised by the recognition, but it likely came as no surprise to those who know her — and to those who are familiar with the many hats she wears.

Among other things, Cabebe is a trained mediator; certified Results Oriented Management and Accountability trainer; Maui Chamber of Commerce and Maui Native Hawaiian Chamber of Commerce member; Association of Farmworker Opportunity Programs board member; Friends of the Children’s Justice Center of Maui board member; treasurer for the Hawaii Community Action Directors Association; and serves on the Maui Workforce Development Board.

She’s also the immediate past president of the Maui Non Profit Directors Association and has served as secretary, legislative chair, vice president and president for the Society for Human Resource Management Hawaii Educational Foundation-Maui District.

Cabebe is clearly in her element at MEO and says helping others reach their potential is profoundly rewarding. “In my wildest dreams, I never thought I’d be doing this when I got off the plane all those years ago,” she said. “I am so fortunate.”

For more information about MEO or to inquire about donor or volunteer opportunities, call 249-2990 or visit www.meoinc.org.

Thursday morning, more than 700 Kihei Elementary School students will taste the thrill of live theater while ...

Q: When is the county going to put up for sale the three lots it owns on Keoneloa Street in Wailuku as a result of ...

What really is a minimum wage?

The passing of former parks director and longtime community advocate Jan Dapitan was a great loss for Maui County, ...

Maui tourism should be managed, not prohibited

On Maui, where the economy is largely driven by tourism, a balanced, responsible future requires development in ...

Q: I know that certain types of cancer are hereditary. Is that the biggest factor in determining chances of getting ...