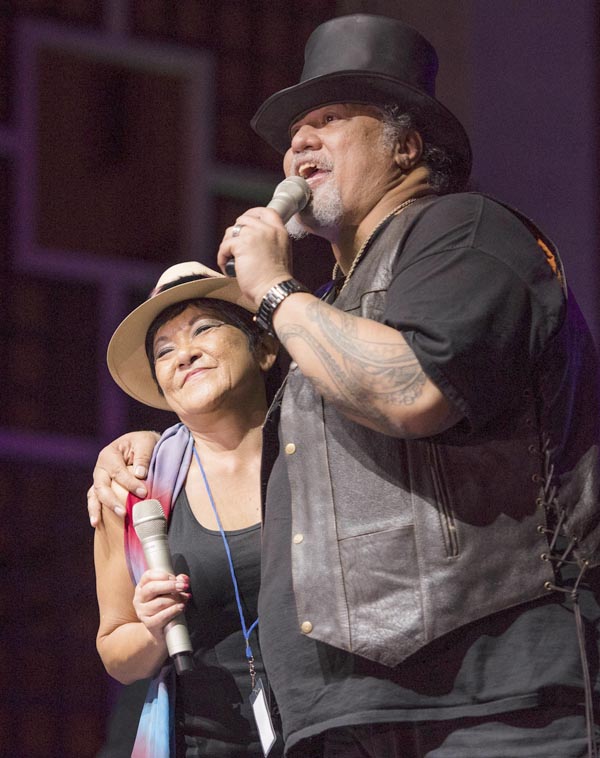 In nine years of Sharing Mana’o on this page, this is the most difficult column I’ve had to write. When Willie K announced his cancer diagnosis two years ago, I pushed aside the pain and wrote a heartfelt plea for prayers and positivity, ending the piece with the optimistic thought that even the most aggressive cancer cells would wither under the glare of his legendary stink eye.

In true Willie K fashion, he defied the ravages of the disease and the therapies, continuing a grueling performance schedule and giving his all to his fans worldwide. In January 2019, when he collapsed onstage during his Blues Fest at the MACC, many thought they were witnessing his last show. It was a surreal night for me as the emcee, trying to keep the crowd — and myself — calm while Willie was whisked away to the emergency room. But he returned to his regular Mulligans and Kimo’s gigs within a couple of weeks, and exactly a year later, as he took the stage for the 2020 Blues Fest, he smiled at me, “No worry, tita, I promise not to pass out on you again. I drank plenny water this time, all hydrated.”

Within hours of his passing away Monday night, social media was flooded with tributes and memories. With his musical expertise and great generosity, Willie touched more lives and hearts than anyone I know. There’s not much I can add that hasn’t already been said about the man, arguably the greatest talent to emerge from our islands.

I’ve had the honor of emceeing many of Willie’s concerts and performing with him and Eric Gilliom in several Barefoot Natives productions. As marvelous as it was to be watching from the wings or rocking on the dance floor, my favorite Willie moments were offstage, talking story about the good old days and discussing our hopes and dreams for the future. I’ve glimpsed the vulnerable little boy that he hid so well from the public, exchanged dirty jokes that neither of us dared to share onstage, cried with him over our fathers, both of whom succumbed to cancer in the prime of their lives.

In 2002, when my late husband Barry Shannon and I founded the nonprofit Mana’o Radio, Willie was the first big name musician to perform for our regular benefit concerts. He headlined Mana’o’s first Birthday Bash and several more after that, including the joint fundraiser for Mana’o and the then-Maui Community College, which also featured another well-known, well-loved Willie. “Willie Nelson and Willie K,” the promos declared, “MCC and Mana’o Radio give you the Willies!” After Barry died, and we renamed the annual fundraiser to BarryFest, he continued to donate his time and talents.

At my old day job with the County of Maui’s Senior Services Division at Kaunoa, Willie played for our kupuna whenever I asked. Even though, as he once told me, “there’s no such thing as 10 a.m. for musicians,” he performed morning concerts for hundreds of kupuna, playing Hawaiian music and jazz standards, and hanging out to talk story after the shows.

A little over a year after Barry died, I wrote and produced “Kathy Collins’ Death Comedy Jam” at the MACC, enlisting the help of several friends: Willie, Eric, Steve Grimes and Dr. Nat. I asked each of my guest performers to do a short set, with the conditions that it had to be about death and it had to be funny. Willie said, “Tita, only you would come up with something like this. And only for you would I do this.” That night, he performed a 10-minute monologue, singing only once: a stunning a cappella verse of “Amazing Grace.” His reflections on the passing of his father and recollections of his best friend’s funeral brought the audience to tears with their poignancy, depth and hilarity. He began and ended his set with admonitions to raise our children with unconditional love, to appreciate each day, and to live our best lives for our youth and for ourselves. He concluded, “When death knocks at the door, it’s just an invitation to move on into a better world.”

I hope with all my heart that he was right, that he’s in a better place now. I know with absolute certainty that, just by being Willie K, he made this world a whole lot better.

* Kathy Collins is a radio personality (The Buzz 107.5 FM), storyteller, actress, emcee and freelance writer whose “Sharing Mana’o” column appears every other Wednesday. Her email address is kcmaui913@gmail.com. 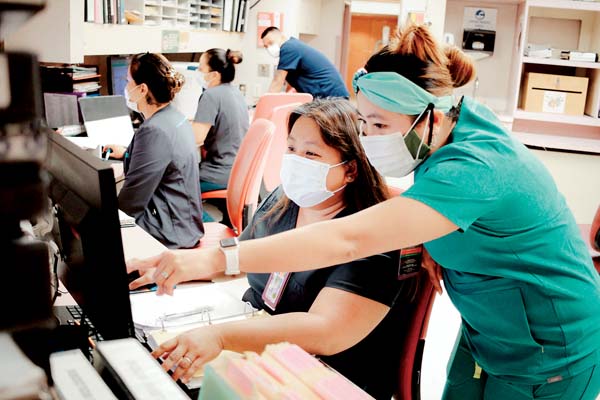 Q: With natural disasters and pandemics around the world, what is the best way to talk to your children about these ...

You could almost hear a collective sigh of relief Monday, as Maui County took another cautious step toward ...

Use federal COVID money for the welfare of the state

This week our Legislature will be recessing after working on one of its important tasks: figuring out how to spend ...