The governor and most mayors in our state declared a state of emergency on March 4. In the approximately two and a half months of living in an emergency, we’ve seen resorts, hotels, and most accommodations for vacationers close. Restaurants, stores, shops, and other retail places that cater to tourists are shuttered too.

For most of us who grew up here in the shadows of hotels, yielding to thoughtless drivers of rental cars on the roads, and politely correcting the butchering of place names like Hana, Ka’anapali, and Lahaina by foreign tongues on vacation, this is the unthinkable. Our state and local government has willingly shut down the tourism industry.

Not only that, we’re even sending people back to the Mainland. The Maui News and other media outlets regularly report on the deportations of transients coming to the islands with no place to go. We even have a hotline for errant visitors who are suspected of violating the governor’s 14-day quarantine.

Many folks have found the open traffic lanes, empty beaches, and quiet streets in Paia, Kihei, and Lahaina refreshing. Others have even celebrated our suspension of tourism.

But abrupt end of tourism and the sharp drop in visitor spending has created a massive problem. Last month — on April 15 ironically — Gov. David Ige was frank about the situation. “The reality is that the revenues that we heavily rely on are being drastically reduced,” he said.

The shutdown of our biggest industry has meant a huge decline in tax revenue. Income generated from the transient accommodation tax levied on vacationers checking into hotels across the islands has been dwindled to just about nil. Without tourist dollars, the government estimates a shortfall ranging from $1 to $1.5 billion.

This week, the Legislature has returned with laser-like focus. This session is far from an ideological or political free for all with multiple bills, concepts, and ideas on the table. Our Legislature appears united and has a single and important purpose: to pass a budget making up for the shortfall.

The Legislature will have to work with the governor to make up for the shortfall. The last thing anyone wants to do is cut wages for workers and furlough. As of now, legislators are looking at federal loans and bailouts. We will have to wait and see what exactly they come up with and even then, what the governor is willing to sign into law.

The situation has stripped away any illusions people may have about our economy and what runs it. Tourism is king. Our economy is driven by a single industry — a fickle and fragile one that dies down quickly and suddenly in the face of a crisis or emergency (this happened before after the terrorist attacks on Sept. 11, 2001).

On top of that, economists predict that it will take a while before the tourism engine is up and running again. Would most folks go ahead with that long-dreamed Hawaii vacation with their own domestic economies on shaky ground? Would people venture onto planes and breathe each other’s air for the five, eight or even 10 hours it takes to get here? We’ll find out in the coming months.

Although all of it seems unprecedented — a word I have been guilty of using frequently over the last two months — this is not new for the islands. The economic history of Hawaii can be described as a series of cycles centering around a single, all-encompassing industry.

Before tourism, it was sugar. When sugar was king, the economy hinged on the rise and fall of the price of sugar in the international market. Before sugar, the whaling industry brought in hundreds of ships to ports in Hawaii and provided local jobs and revenue. When American consumers switched to fossil fuel, the demand for whale oil fizzled, our island economy suffered. And before whaling, you had a local and largely unregulated sandalwood industry in the early 19th century, a brief and disastrous venture that decimated local species of the tree.

The coronavirus has made it plain that an economy heavily invested into a single industry is just not healthy. Many want to see a more diversified economy. It has been on the agenda for Hawaii leaders for generations. Governors going back to Jack Burns and even William Quinn have urged a diversified economy, but it just hasn’t materialized here.

Alternatives to tourism are small. Small businesses may employ less people than a hotel, but with enough businesses, it can become quite a workforce. Farmers want to see less money, politics and energy devoted to tourists, hotels and activities. They hope to feed the islands without having to compete with massive international food producers who flood the market with cheap products. For many, this disastrous pause in the status quo, can be a wake-up call.

The question is are we ready? Is Hawaii ready to wake up and make the tough choices about a diversified economy, or are we going to hit that snooze button and wait for the tourists to come back? 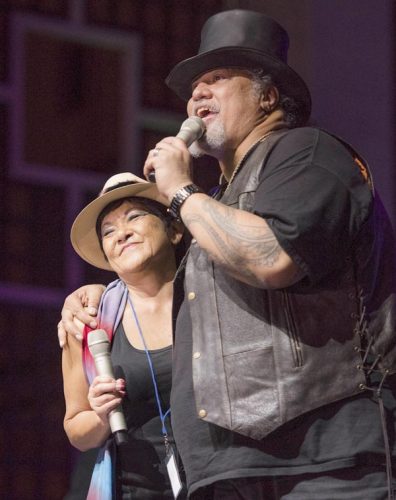