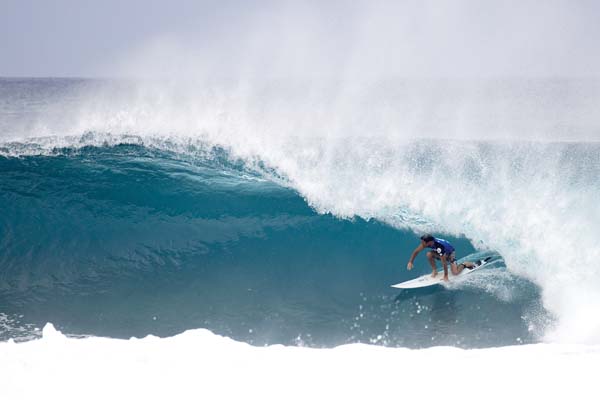 Cam Richards of South Carolina competes during the fourth round of the Volcom Pipe Pro on Friday on Oahu’s North Shore. In surf of 6-8 feet, Richards had a near-perfect score of 19.83 — which included a perfect 10 — to advance to the fifth round. Among those also moving on to the fifth round of the World Surf League qualifying series 3,000 event was Maui’s Billy Kemper, who won the previous heat with a 12.70. Still to surf in the fourth round are Ian Walsh and Tanner Hendrickson.