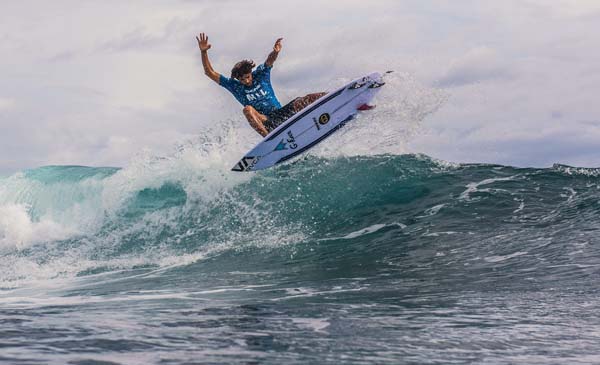 LAHAINA — The races for the Maui Interscholastic League surf team titles tightened up Saturday at Lahaina Harbor as Maui Preparatory Academy took the boys competition and King Kekaulike won the girls division at the third meet of the season.

Na Alii returned the favor on the girls’ side, defeating Maui Prep, 4,901-4,096. Kamehameha Maui was third.

The two league leaders will meet for a showdown at Hookipa in two weeks at the final MIL contest.

King Kekaulike should have the edge since Hookipa is their home surfbreak, according to Na Alii coach Matt Brown. 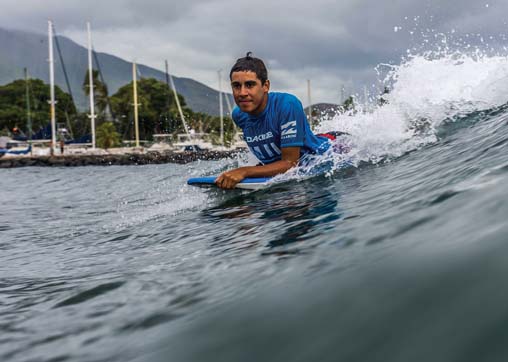 George Rocha of Lahainaluna heads to a win in the boys bodyboard competition Saturday at Lahaina Harbor. -- One More Photography photo

“We should have an advantage, but I don’t underestimate Maui Prep,” he said. “They have a lot of great surfers. It’s going to be a challenge.

“I love the tight competition. It makes it exciting, nothing better than having teams neck and neck going for it. There are so many good surfers. It’s going to be epic at Hookipa.”

Maui Prep coach Aaron Huish knows it will be close.

“It’s a tight one, kids are doing so amazing, looking forward to it,” he said. “We have to try and get over there to Hookipa to practice.” 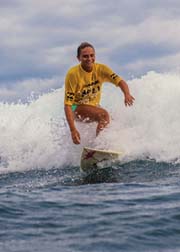 Maui Prep has two of the last three girls MIL surf titles, but the boys have yet to win a league championship.

“If we can get a boys win that would be pretty cool,” Silva said. “Especially because at our school, our boys aren’t that good at sports as a team.”

Gonah was happy to win the bodyboard, but she seemed just as stoked with her third-place finish in the shortboard.

“I’ve been working a lot in practice on my surfing, so I was really happy to get third,” Gonah said. “I don’t like to be aggressive so I’m trying to assert myself more in the line-up.”

Madison Runyon of Lahainaluna also claimed her second win of the season in the girls shortboard. 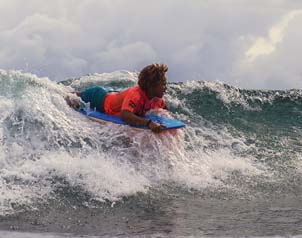 “I landed that flip on that left,” Rocha said. “It was more of a double-up, so I came down and I saw the section and it was boostable, so I boosted it and stuck it.”

Through 3 of 4 MIL meets