Baldwin heads to the state tournament this week as the top seed with a national ranking ­— and with a fan base that extends from team families to school students and staff, from the past to the present 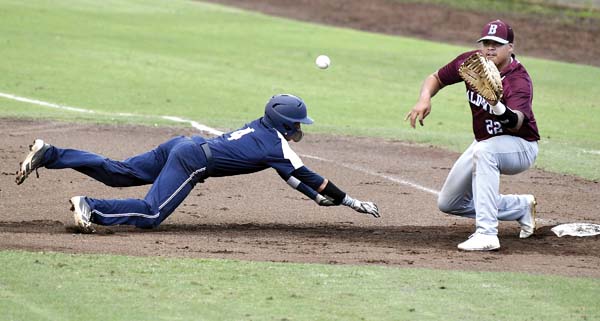 WAILUKU — As the first Maui Interscholastic League team in any sport to be nationally ranked, this Baldwin High School baseball team is unique.

The Bears checked in at No. 23 on Wednesday in the USA Today Super 25, the seventh straight week the nine-time defending MIL champions have been on the exclusive list.

“This is a pretty solid team defensively as well as offensively, good pitching, good pitching staff, good coaching staff,” said the 82-year-old Fujii, who retired after 22 years as Baldwin principal in 2001. “You know, they’re working all together, like one unit. That’s what I see is really about this team — there’s no one person that stands out, it’s everybody working together as a team.”

That is a scouting report that Fujii would be proud to deliver for any of the maroon-and-blue-clad teams he supports. 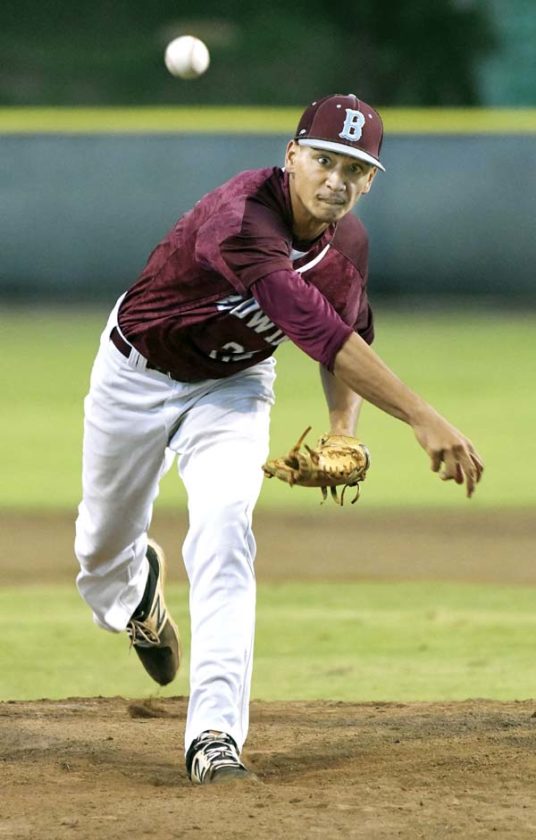 Baldwin High's Bubba Hoopii-Tuionetoa is 5-0 in MIL games this season.

His wife of 58 years, Gladys, died in September, so his journeys to Baldwin games are a little more lonely now.

Basketball, soccer, softball, volleyball, football and baseball are his favorites — his Baldwin fandom dates back to 1962 when he started at the Wailuku school as a teacher.

“I have really become attached to the youngsters or graduates from the school because I saw at least two generations working at the place,” Fujii said. “So, I’m really attached. I feel real loyal due to the fact that I had support from the staff, the youngsters, the parents, everything. So I feel very strongly about supporting the teams . . . . It keeps me young.”

He remembered one quote from a student from the 1991 graduation ceremony. 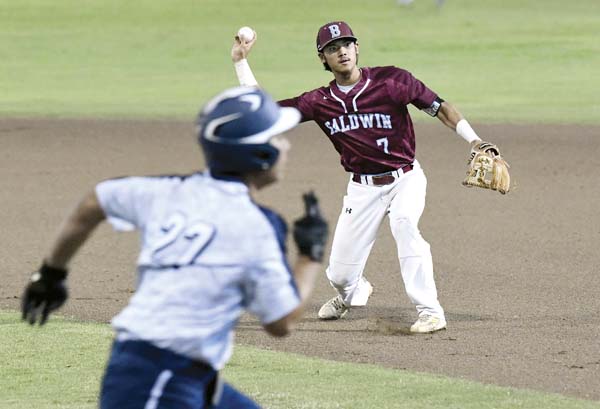 “She said ‘when we first came to Baldwin, Mr. Fujii was like the Terminator, but by the time we were juniors and seniors he was our Uncle Wally.’ ”

While he was hesitant to call this team the best he has seen wear the maroon and Carolina blue, the players know what is at stake beginning Wednesday when they will open the Wally Yonamine Foundation Division I state tournament as the No. 1 seed.

Last season, the Bears were seeded third at state, but lost both of their games, 6-1 to Kamehameha Kapalama and 7-2 to Kailua. Maui High ended up winning the state championship.

Now, the national recognition puts a little more emphasis on seemingly everything. 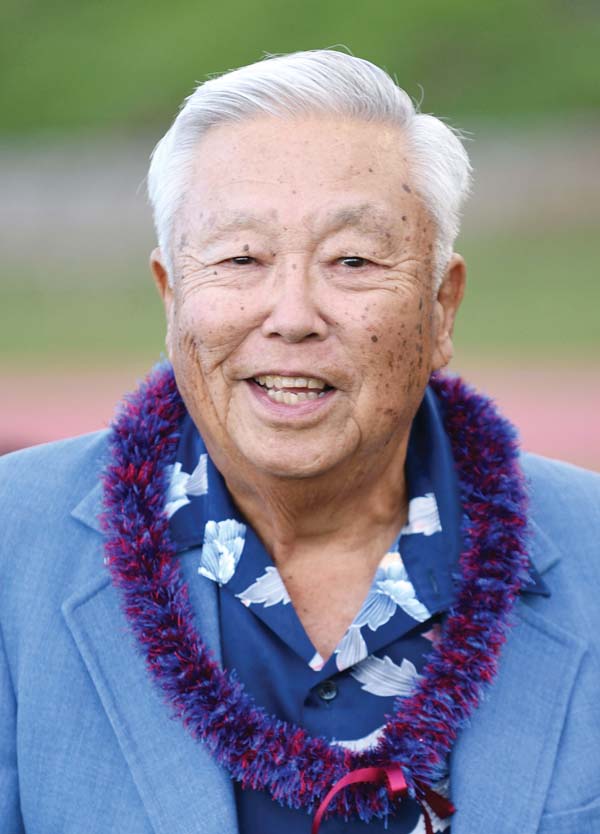 Former Baldwin High Principal “Uncle Wally” Fujii is one of the Bears baseball team’s strongest and most avid supporters.

“I think they do look at it — I guess they use it as a reward for their efforts that they put in day after day, week after week,” Baldwin coach Shane Dudoit said. “We’ve been doing this since September, but it’s nothing that really gets to them. We take it for what it’s worth, we’re thankful for the guys that vote for us, but we understand that we are our biggest competitors and nothing matters until May 11th (the night of the state championship game).”

Dudoit said it means the world to be part of the Baldwin ohana, where fans like Fujii and former Athletic Director Jon Garcia come to games. The school’s gym is named after Garcia, who can often be seen at Bears’ games along with the parents of Kurt Suzuki, an alumnus and catcher for the Atlanta Braves who is in his 12th major league season.

“You know, what I love coaching at Baldwin is the family atmosphere that we have,” Dudoit said. “Warren Shima-bukuro, the Suzukis, Kimo and Tyson Higa’s parents are at games. I mean Mr. Fujii is there every game, and he comes down to shake our hands after the games, win or lose.

“Our administration, the girls in the office who come, teachers who come, it’s just a family-oriented program and that’s what I like about it.” 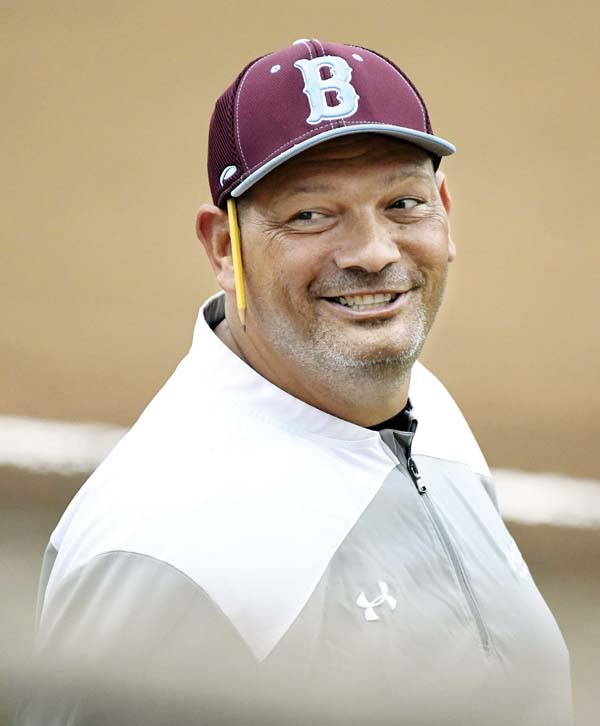 Haole won the 2016 state title game on the mound as a freshman.

“We just do us, work hard and play baseball,” Haole said. “We have a lot of talent on the team, but we just have to keep putting in the hard work — if we do that we’ll be good at states.”

Keahi will play football at Chabot College in Heyward, Calif., in the fall, but he wants to leave Baldwin with another state title.

“I’m excited, last (season) of my high school career,” he said. “I wouldn’t want it with any other team. Probably the best team I ever played on right here.”

* Robert Collias can be reached at rcollias@maui news.com.

(All games at Les Murakami Stadium unless otherwise noted)