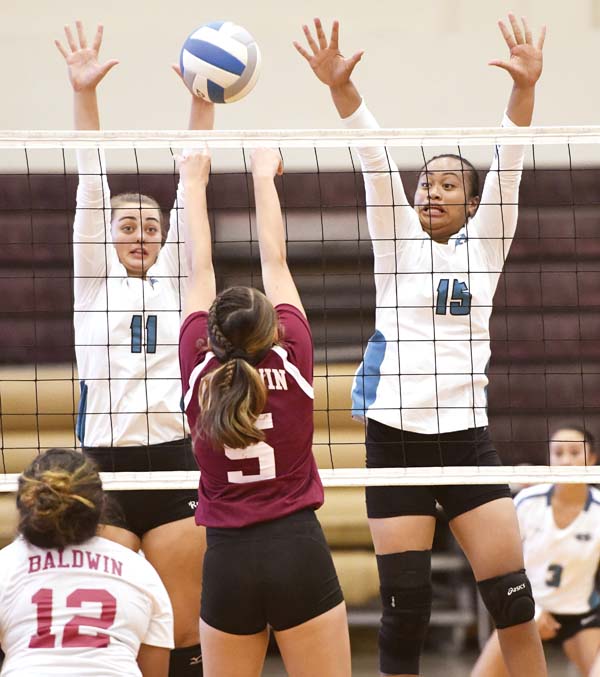 WAILUKU — To put it simply, Kalena Vaivai was back where she belonged on Tuesday night.

The 5-foot-10 senior setter/outside hitter returned to the Maui Interscholastic League volleyball courts for the first time since she was the MIL Division I Player of the Year in 2016.

The Utah State verbal commit, who sat out last season while recovering from a broken foot, led her impressive King Kekaulike High School team to a 25-8, 25-11, 25-12 sweep of Baldwin at Jon Garcia Gym on the first day of the MIL season — and on the final day of prep sports in the state this week because of the threat from Hurricane Lane.

“It was amazing, I mean I sat out, like, a whole year, so I’ve been waiting for this moment,” Vaivai said after recording 15 assists, eight kills and three aces.

Fellow senior Nina Macphet­ridge was just as excited to have her running mate back on the court. Macphetridge finished with eight kills and three digs. 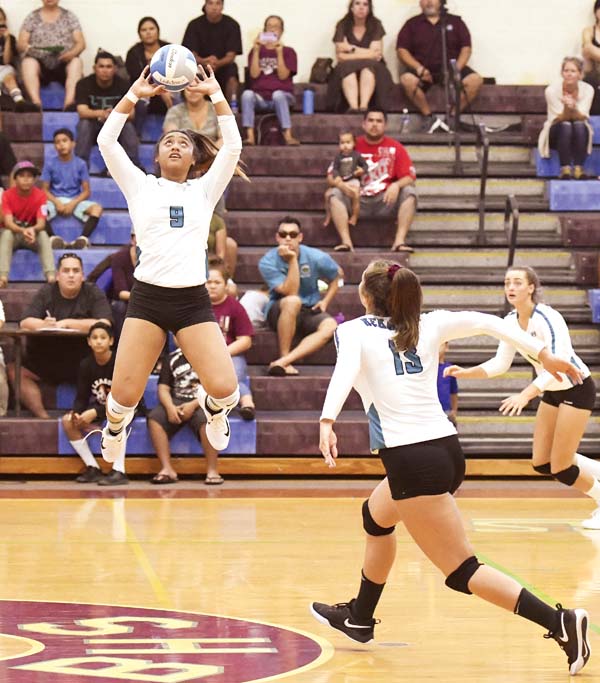 “As far as the hurricane, we just called it a bright day — there’s a hurricane outside, we’re in here playing volleyball,” said Macphetridge, who has verbally committed to Alaska-Anchorage. “So, it’s a good day because we’re still able to get on the court and play volleyball together as a team.”

“It’s definitely something I’ve wanted for a long time — she’s a big asset to our team,” Macphetridge said.

Junior Temahh Shaw also returned to the volleyball court after sitting out last season after transfering from Baldwin. She finished with five kills.

“It feels amazing, like, I was waiting all year,” Shaw said. “I just wanted to be with my teammates.”

“I don’t know if there was a distraction,” King Kekaulike coach Al Paschoal said. “I think there was more anticipation. We were hoping to get the game in.”

Baldwin coach Helaman Aiwohi said his young team can develop over the year. The Bears did not keep statistics.

“We are young,” he said. “I think first thing was we didn’t have any preseason time because our girls were playing other sports, but I think we’ll come along. … That was our first real in-game kind of situation. They did all right.”

His impression of the deep Na Alii was simple.

“They are (impressive),” he said. “We can’t judge ourselves playing King K. We’ll see about the other teams.”