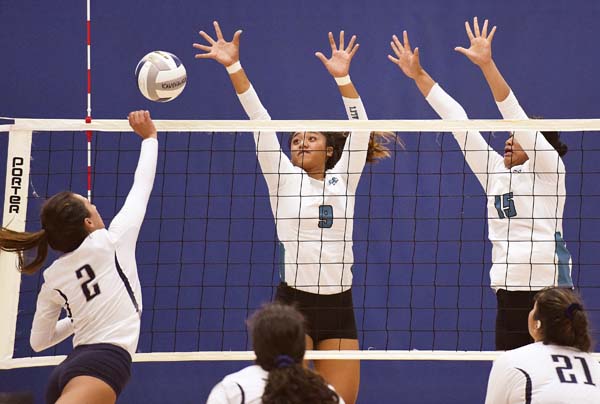 PUKALANI — Nohokula Lind is a perfect example of just how deep the roster goes for the King Kekaulike High School girls volleyball team.

The senior transfer from Hana had seven aces, six kills and six digs in a 25-16, 25-14, 25-13 victory over defending Maui Interscholastic League Division I champion Kamehameha Maui on Tuesday night.

The result left Na Alii 2-0, while the Warriors were playing their MIL opener.

“So much fun — it’s something new, something at my level,” Lind said amongst well-wishers in Kaulaheanuiokamoku Gym. “I’m glad I made a transition to this. It made me a better person, a better player. Everyone just pushes me to be my best.”

Indeed, Lind said practice is a battle for playing time each day. The outside hitter, who last year was an MIL D-II first-team All-Star, is one of eight Na Alii players who measure 5-foot-10 or taller. 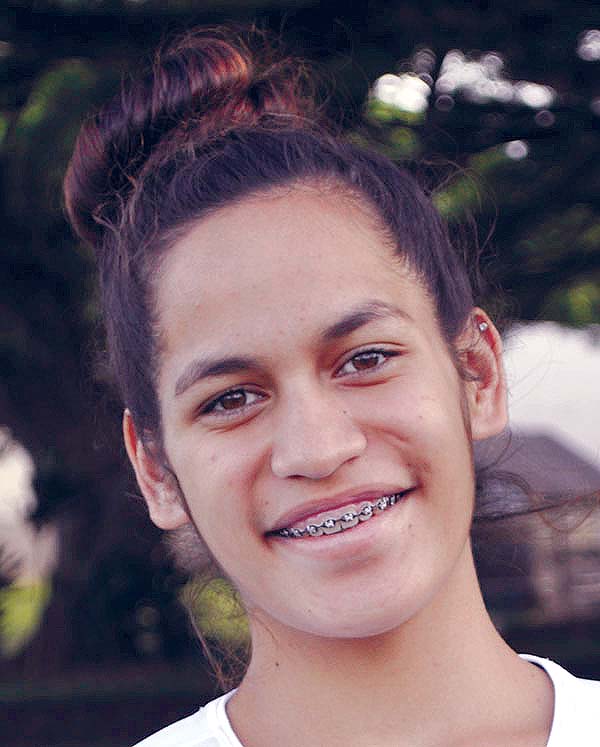 “You have to fight for your spot in order to hold it because there’s so much good girls,” Lind said.

Coach Al Paschoal said his team struggled on the practice court Monday after five days of no official team activities because of Hurricane Lane.

“The five-day layoff absolutely killed us,” he said. “We had a terrible day in the gym yesterday, so I’m glad the team that showed up tonight was the one we wanted to see.”

Na Alii bounded out to big leads in each set and effectively kept the Warriors from seriously challenging each time. 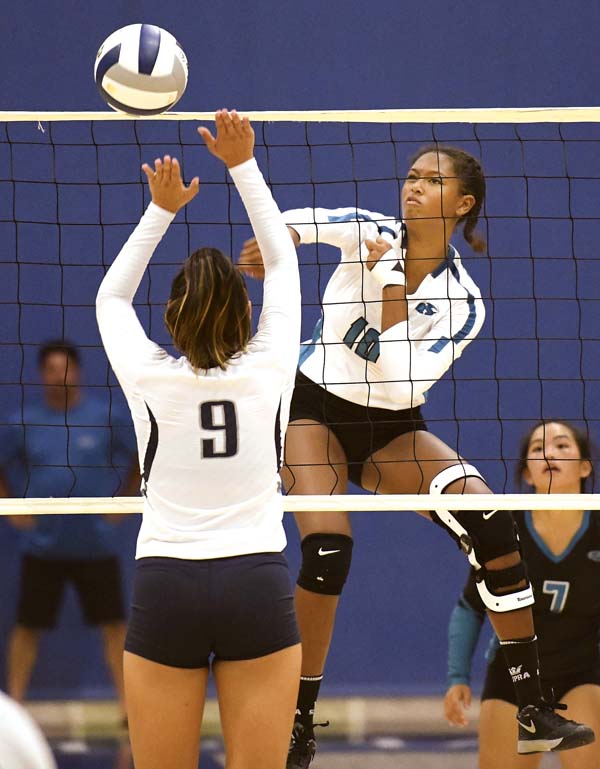 “This is a deep team, a very deep team, so hopefully the girls on the court actually do the job, then more girls can get in there,” Paschoal said.

He expects Kamehameha to bounce back.

“Kamehameha is always a good team,” Paschoal said. “We may have been up two sets, but I kept telling the girls, ‘We’ve won the first two and lost the last three in this gym before, so let’s keep it up.’ “

The Warriors won an epic five-set victory over Na Alii in an overall playoff match last season for the MIL title, but this season they have just four seniors on the roster.

“They have a lot of good girls, they have deep personnel on their bench, their girls on the court are solid,” Kamehameha Maui coach Alex Akana said. “You can tell that they worked hard in the offseason and they deserved. They earned that win.” 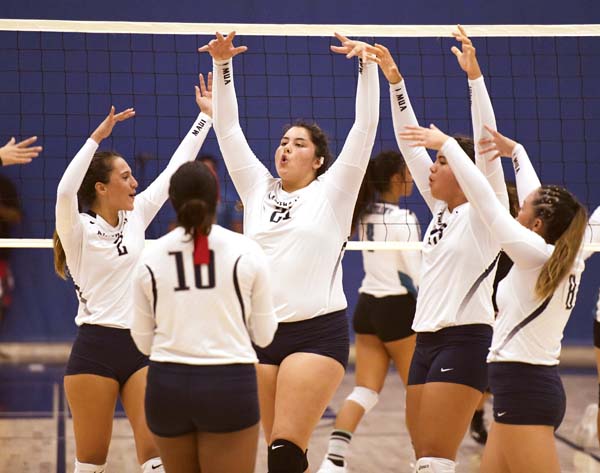 “We are young, but we don’t want to use that as an excuse,” Akana said. “We are a little inexperienced. There are a lot of things that came out tonight that we have to work on. I’m glad our girls saw this, the level that they’re at, the level that we’re at and where we need to go.” 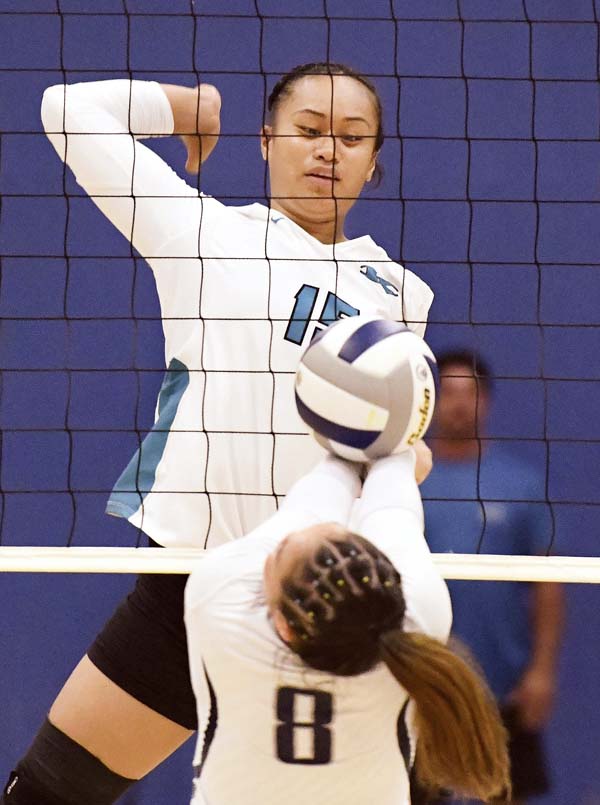