Lunas’ stellar senior class looks to go out as champs 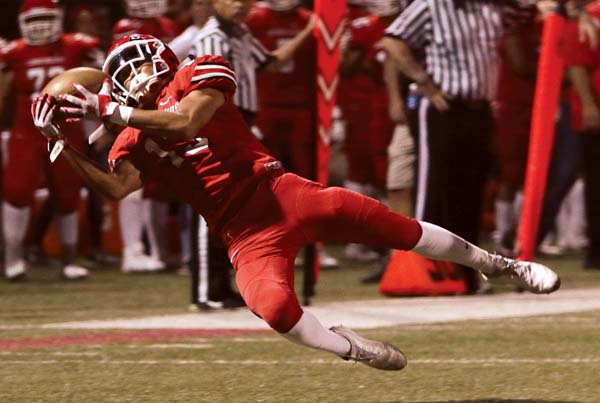 The Lunas, winners of 20 straight games overall, will be playing for their third straight state title when they line up for a 1:30 p.m. kickoff vs. Kapaa at Aloha Stadium.

Overall, Lahainaluna is ranked seventh in the state by scoringlive.com and sixth by the Honolulu Star-Advertiser.

Linebacker Nyles Pokipala-Waiohu, who missed the Lunas’ 48-10 semifinal win over Roosevelt due to a sprained ankle last Saturday, said he is ready to roll for his last high school football game.

“This team is very close and we’ve accomplished a lot together,” Pokipala-Waiohu said. “If we could accomplish this last one, I mean, it would be great not just for us, but for this community.” 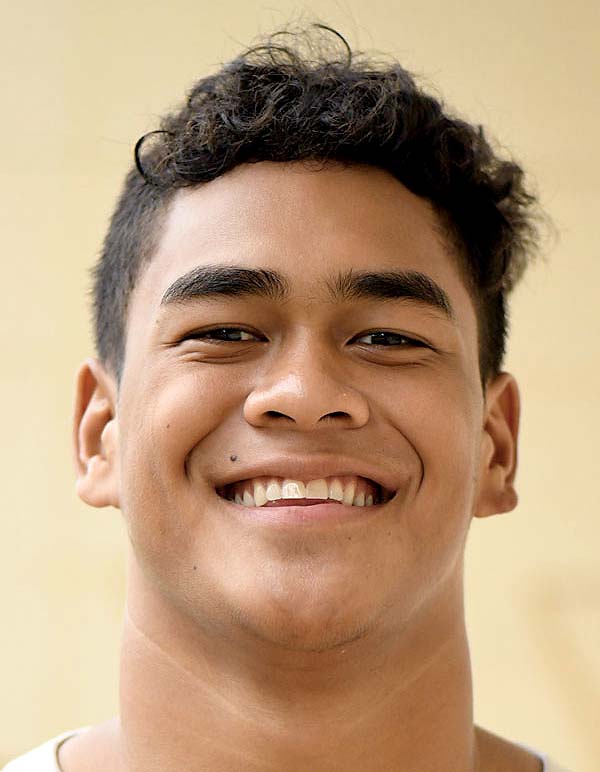 Although it can be hard to quantify, the fan support for the “Red Tide from the West Side” is perhaps the most impressive in the Maui Interscholastic League.

“There’s a lot, you can’t really explain it,” Pokipala-Waiohu said. “It’s not just people in Lahaina, there’s people from the other side who travel to our games on this side and just show a lot of love and support for our team. We just thank them for that.”

Pokipala-Waiohu is one of the leaders for a defense that surrendered just 109 yards per game in eight MIL games and has given up just three touchdowns in 10 games.

“Just, I mean, we’re all working together to accomplish one goal,” Pokipala-Waiohu said. “We just listen to our coaches tell us what to do. They’re just like drill sergeants, push us, push us, get it right, get it right. Make sure that it’s stuck in our heads and we won’t forget it during the game.”

Pokipala said that to play in such an effective unit is “actually very fun, just knowing that the player next to you, your teammate next to you has your back. He’s going to be there and you know for sure he’s going to replace you, move in the right spots. Just back up each other.”

Co-head coach Garret Tihada said this is a special group of seniors, many of whom have been playing the same schemes on offense and defense since participating in the Pop Warner and Big Boy leagues in the 7th grade.

“Talent-wise, they’re up there with the rest of the good or great senior classes we’ve had,” Tihada said. “I think the biggest difference with this senior class and the rest of them is that they’ve been with us since their 7th grade, a lot of them. So that’s six years of 6 a.m. weightlifting, speed and quickness, all those years — just preparing for this type of moment. We’ve never had a group with us this long, ever.”

Ikaika Viela is an offensive lineman who is considering the U.S. Air Force Academy to continue his education, or if that doesn’t work out, perhaps NCAA Division III Pacific University or Whitworth to continue playing.

First, of course, comes a little unfinished business on Saturday.

“It’s everything for us,” said Viela, who has been with the program since he started as a water boy in the 3rd grade. “Of course, we’re gunning to win this game. We all want to practice hard. We’re playing football for the last time for a lot of us.”

Tihada has four family members — nephews or cousins — on the roster, as does his cousin Joey Tihada, an assistant. Those players include junior running back Joshua Tihada, seniors Viela and Kawehi Gillcoat, and freshman Treven Tihada, who was recently called up from the junior varsity.

“This group especially (is special) because with a lot of them, we have family ties,” Garret Tihada said. “It’s a lot of family ties and a lot of kids who’ve grown up in this program.”