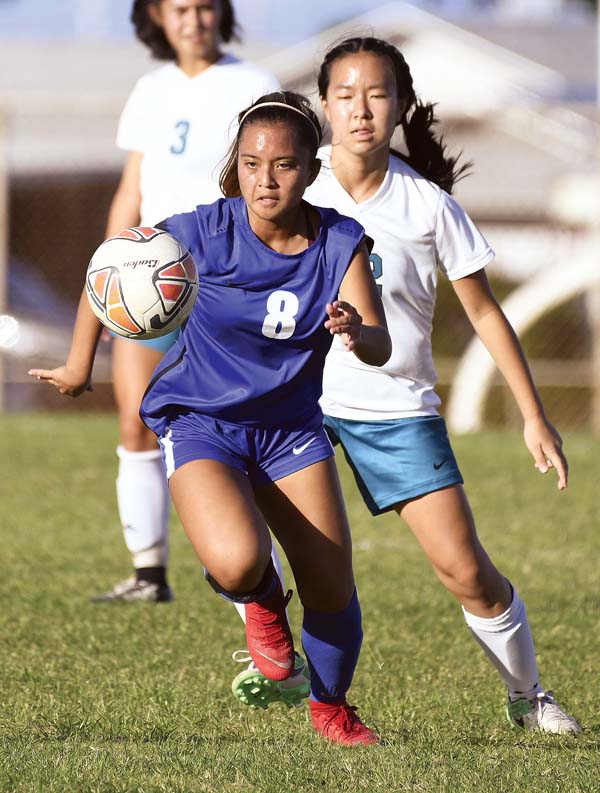 KAHULUI — Lauren Mitra knew it was an important moment.

The Maui High School sophomore midfielder fired home a goal from about 20 yards away in the sixth minute of the Sabers’ match against King Kekaulike on Wednesday at the Sabers’ field.

It ended up being the game-winner as Maui High opened Maui Interscholastic League play with a 1-0 win over the defending league champions.

“It feels really good, relief actually,” Mitra said of her goal that came off a pass by Dzana Alibegic. “It’s huge, definitely a great start to our season.”

The Sabers did not beat Na Alii in two league matches last season, when King Kekaulike won its first MIL title since 2007 with 23 points in the standings and a 7-1-2 league record, just five points in front of fourth-place Maui High (6-4-0). 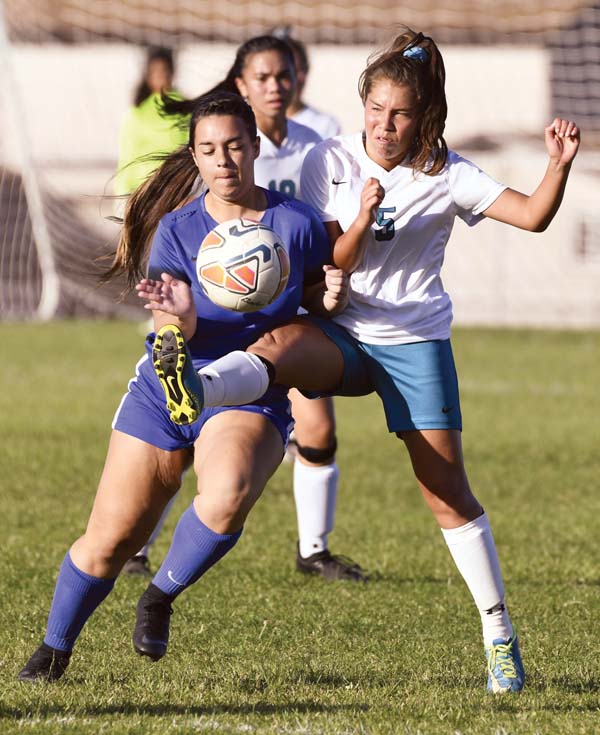 “This for sure gives us momentum and confidence,” Mitra said.

Maui High co-head coach Belden Bautista said he was pleased with his team’s defense as it made the early score hold up for the final 74 minutes of the match.

“It’s a good way to start the season and we’ve still got nine more games to go,” Bautista said. “It’s not how you start, it’s how you finish the season. They are a great team.”

Na Alii finished 5-1 in preseason play, with their only loss being a 2-0 decision to Punahou in the final of the Hawaii Prep tournament on the Big Island. Maui High was 2-4 in preseason play.

“We knew we were up to a big task today,” Bautista said. “We played together, played like family.” 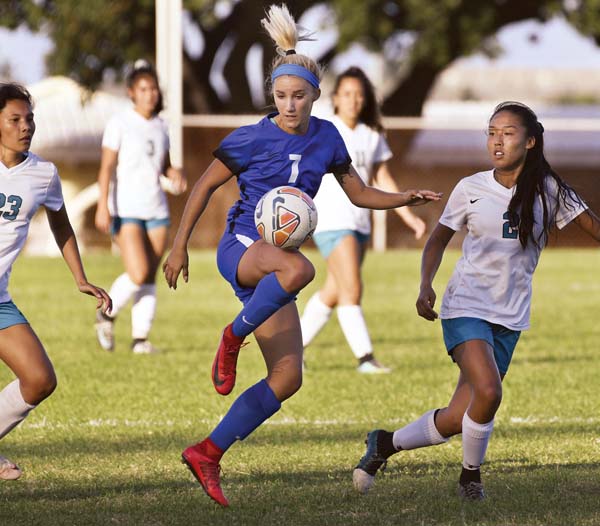 Alibegic had a free kick shot on goal early in the second half that was followed 12 minutes later by a shot on goal by Alyssa Antolin.

“Getting that early goal was big,” Bautista said. “Anytime you can score first it puts pressure on the other team. We kept putting the pressure on and our defense held strong back there. It’s a good start.”

Na Alii pressed hard down the stretch with two shots just off goal by Zoe Asue and another by Skyli Pontes that went just wide left with a minute to play.

“We told our ladies that we had to put the pressure on because when we come to play Maui High, they always play their top game when it’s on their field,” King Kekaulike coach Gundi Dancil said. “We all know that the MIL is a tough league — the big schools are up there and we cannot come in and put our guard down. We have to always be ready for the call.”