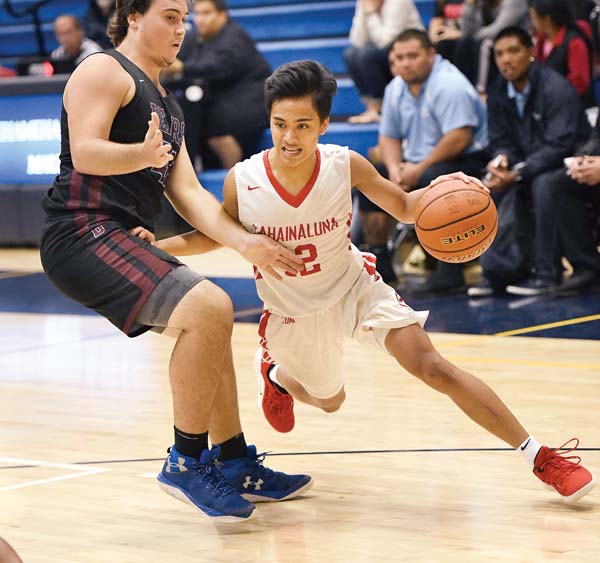 Lahainaluna High School’s Tre Rickard drives against Baldwin’s Ikaika Raines in the first quarter of the Lunas’ 54-46 victory over the Bears in the MIL Division I tournament championship game Tuesday night at Kaulaheanuiokamoku Gym. The Maui News / MATTHEW THAYER photos

The Lunas had just wrapped up their fifth MIL title in a row with a come-from-behind 54-46 win over Baldwin in the championship game of the MIL Division I tournament at Kaulaheanuio­ka­moku Gym on Tuesday.

“Maybe once during practice when he gets really angry, but not like this,” Pascua said of Justus, who had just run his MIL record as Lunas coach to 69-1. “It feels great, now we’re just looking forward to states and putting on a show and making some noise.”

Lahainaluna (14-0) next plays in the quarterfinals of the HHSAA/Snapple Division I state tournament next week on Oahu.

Baldwin (8-6) will face Maui High (8-5) in a playoff for the MIL’s second and final state berth tonight at 7 at the Kamehameha Maui gym. 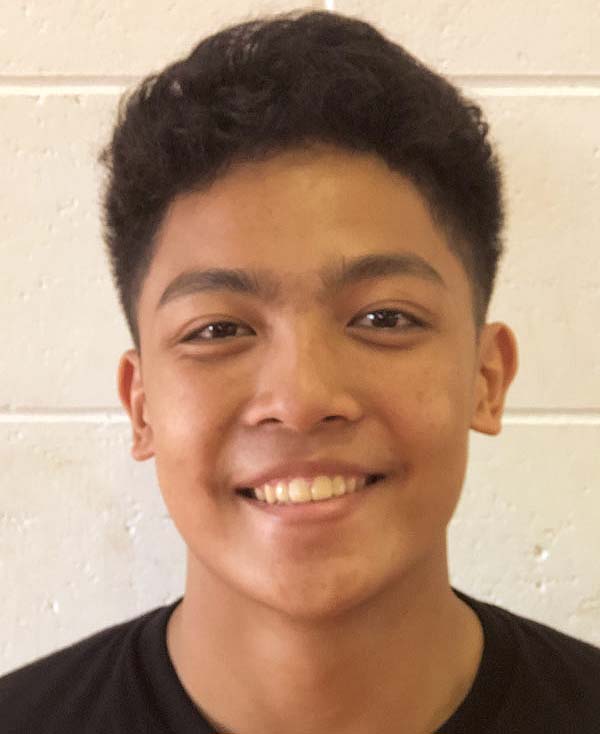 Pascua scored eight of his game-high 15 points in the fourth quarter, including his final six free throws with the outcome in the balance down the stretch. John Flores chipped in 13 points for the Lunas.

Justus hugged assistant coach Kalei Houpo hard after the game’s final whistle. With 17 seconds to go and his team safely ahead by seven points, he gave a rare fist pump on the sidelines. Earlier, with 1:45 to play, he exhorted his crowd from the bench, “Come on Lahaina, let’s go.”

“I’m holding back the tears,” Justus said. “It’s been rough, it’s just been one of those years that, you know, a lot of people counted us out. We graduated seven. I owe it all to the coaching staff. I owe it all to the kids for buying into the program and the kids that just bought into in stride.”

This one was in doubt until the last moments.

Baldwin took its first lead since the opening minutes of the game when Kui Ross hit a 3-pointer at the third-quarter buzzer to give the Bears a 36-35 advantage. They upped the lead to 40-36 with 6:15 to play when John Werner scored inside on a nifty pass from Mochi Dukelow. 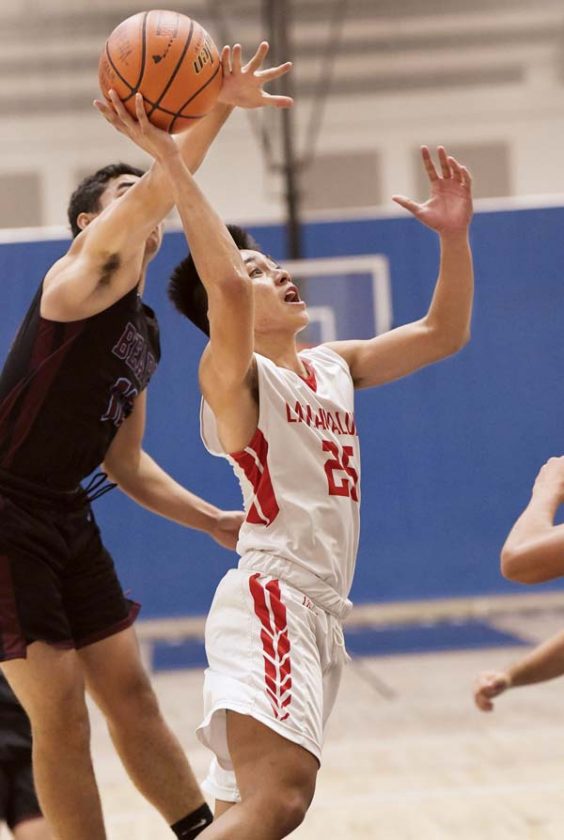 It was still 41-37 Baldwin after Werner made a free throw with 5:01 to play, but then the Lunas’ vaunted defense took over.

Hunter Higdin hit four straight free throws for the Lunas after Baldwin turnovers to tie the game at 41. Pascua hit a jumper, and Lahainaluna finished an 11-0 run to take a 48-41 lead on a pair of Pascua free throws with 2:24 to go.

Justus was overcome at the end. He looked at his players as they waited to receive their championship medals — six of them from the three-time state championship football team — and smiled.

“You get a lot of kids who sometimes rebel against the system and stuff like that,” he said. “The football players came in and instead of trying to find their way, they just added to what we were trying to do and it was one of those things that was just a great chemistry.”

He saved his highest praise for Pascua, his senior point guard. 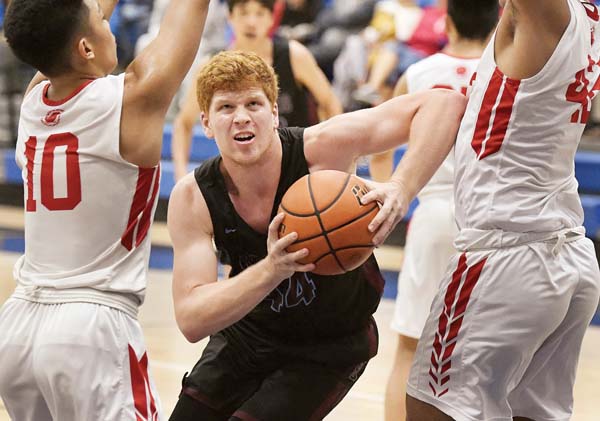 The Bears’ John Werner looks for room to shoot after grabbing a rebound between the Lunas’ Reece Pascua and Miki Tufuga.

“Reece, if there’s anything he needed in life, I’d be there for him,” Justus said. “The kid is an unbelievable player and an unbelievable kid off the court. His family is a great family, basketball-oriented. We’re just very, very, very lucky that he decided to come to Lahaina.”

The Bears were led by Dukelow’s 12 points and Werner’s 11. Holden Ioanis added 10 points.

Baldwin coach Cody Tesoro texted his thoughts after talking to his team following the game.

“It was a hard fought game and both teams played well,” Tesoro said. “Lahaina is well coached and made the plays necessary to win. But at the end of the day the beauty of it all is we get another try tomorrow and I know my guys will be ready to go.” 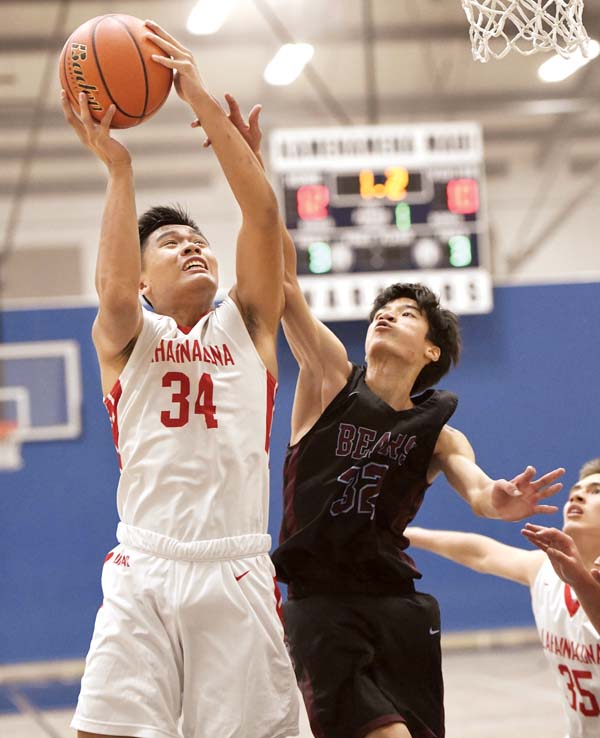