Lunas start second half with win 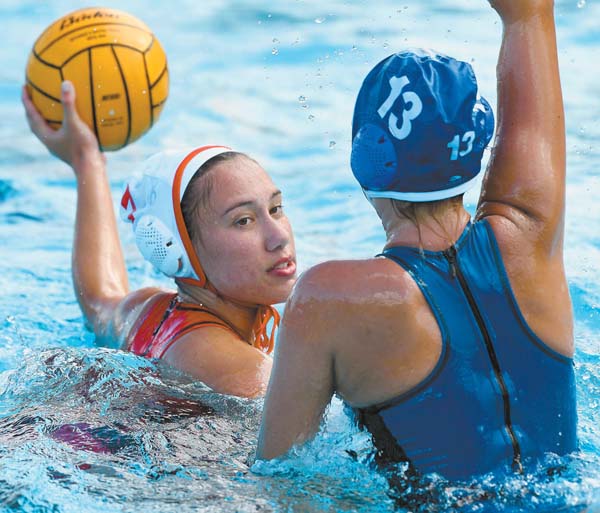 WAILUKU — Dakota Delos Reyes was happy to be back for her Lahainaluna High School girls water polo team.

Lunas coach Bradley Mason was glad to have his playmaker back in the pool, too, as she scored four crucial goals in a 9-6 win over Maui High on Thursday afternoon at Sakamoto Pool.

The result leaves both teams at 3-3 with four matches to play in the Maui Interscholastic League regular season.

“I definitely looked forward to it, just watching my team, being able to go out there and play,” Delos Reyes said in her return from tendinitis in her shoulder that had kept her out of the pool since preseason play. “I definitely missed it. It’s definitely my favorite sport.”

The Lunas are looking to qualify for their seventh straight state tournament, but they know they still have work to do. 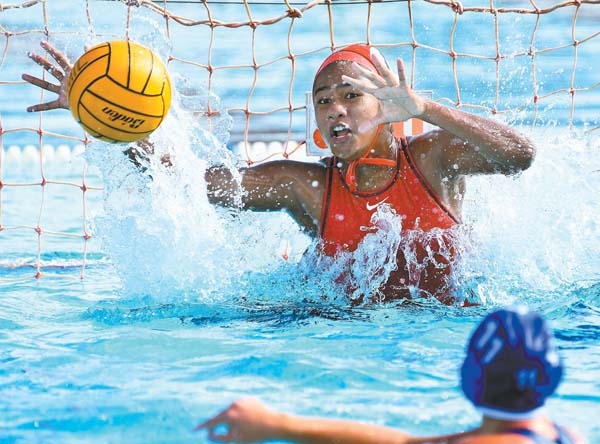 “It’s one big family,” Delos Reyes said. “When you’re missing one person, it’s just off. It was definitely hard to just get back in shape, get teamwork back together. They’ve been practicing without me, so just to get that back together felt good. … We’ve been putting in the work and we’re ready to come back firing.”

Mason was happy to have his senior offensive leader back.

“It was, it was good for everybody, gives everybody that little extra confidence,” Mason said. “The girls stepped up while she was gone and then to have her back, everyone is kind of feeling that energy. We’re looking forward to a good second half.”

The Lunas pushed the lead to 9-4 on a successful penalty shot by Delos Reyes with 40 seconds left in the third quarter. 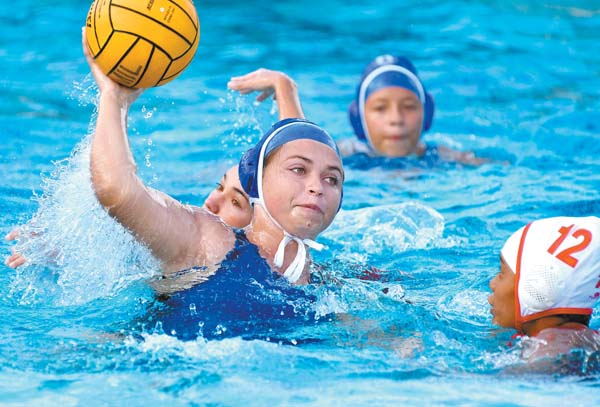 “We wanted to start the second half (of the regular season) off right with a win and get headed in the right direction today, so we were happy to be able to do that,” Mason said.

First-year Maui High coach Debbie Hirata was encouraged by the fight her team showed in the final quarter. The Sabers won the first match between the two teams with Delos Reyes sidelined.

“Definitely, and we had a lot of unconventional goals, we had some shots that you didn’t think that would make it, but they did,” Hirata said. “So that made the game interesting.”