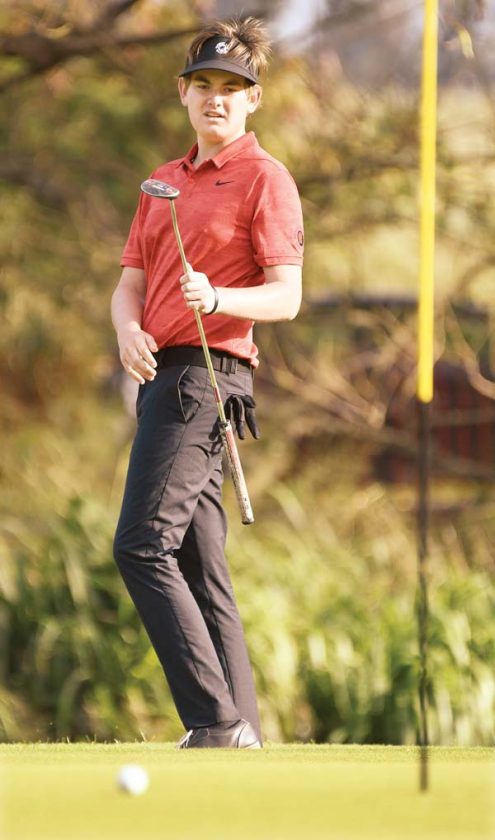 SPRECKELSVILLE — Although there’s still a week left in the team portion of the Maui Interscholastic League golf season, the Seabury Hall boys can already start planning for a trip to the Big Island.

Daniel Judge shot an even-par 36 to lead the Spartans to a 167-181 win over Kamehameha Maui on Saturday afternoon at Maui Country Club that clinched Seabury’s second straight MIL championship.

“I did better than I’ve ever done. Significantly better,” Judge said. “I had a lot of confidence. … I just went into every shot thinking ‘hey, I’ve done this before, so why can’t I do it again?’ “ 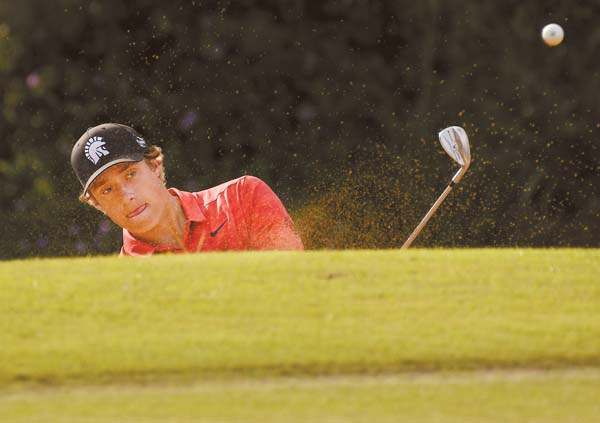 “It was a little tougher today,” Seabury coach Jake Grodzinsky said. “Maybe because after last week our expectations were a little high.”

Grodzinsky added that his players could have been a bit tired after an early morning volunteer shift with the Bad Pants Open Tournament at Maui Nui Golf Club. However, the Spartans still clinched the MIL title and secured their spot in May’s state championship at the Kings’ Course at Waikoloa.

“I think they should be confident… except you might ask some of them today and they might be a little discouraged,” Grodzinsky said. “I think we’ve had a really nice season so far and hopefully stay undefeated next week. The nice thing is, is when you win the team thing it really takes the pressure off of you, since we’ve already qualified for states.”

The Spartans now own five of the spots that the league receives for the state tournament. More spots are up for grabs in the 72-hole MIL individual championship, which begins April 6 at Waiehu Municipal Golf Course. 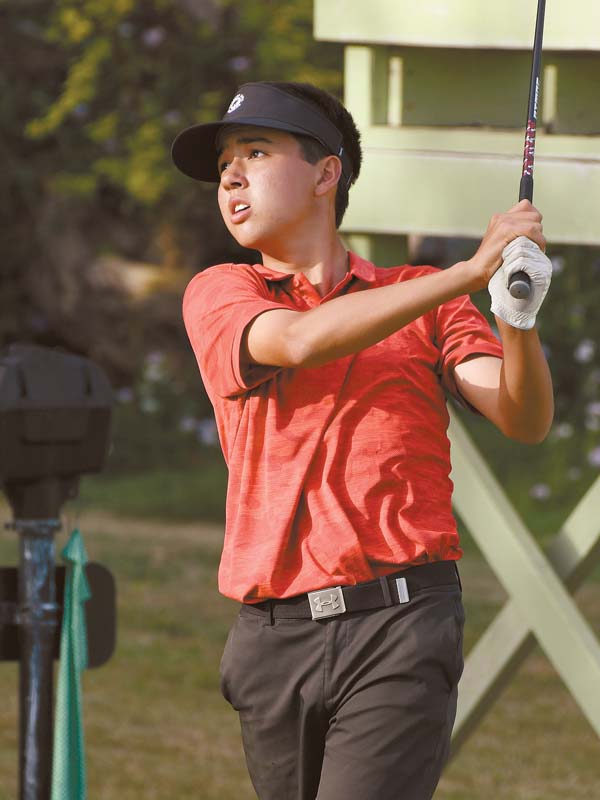 The Spartans’ Pierce Dowd tees off on No. 8. -- The Maui News / MATTHEW THAYER photo

But first, Seabury finishes the regular season with a pair of matches against Maui High.

“I definitely know that (my teammates) have the ability to play just as good as anybody else,” Judge said. “So if they get that confidence, then we’ll be flying next week.”

“It was kind of actually a hard day,” Kamehameha coach Kalani Abarra said. “I know the Country Club is usually windy like this but it’s a combination of a few things that happened today. They play here once a year and it’s hard to get used to the course… but other than that I thought it went well.”

Abarra said that he’s looking forward to the MIL individual tournament to watch his four seniors finish out the season on a good note. 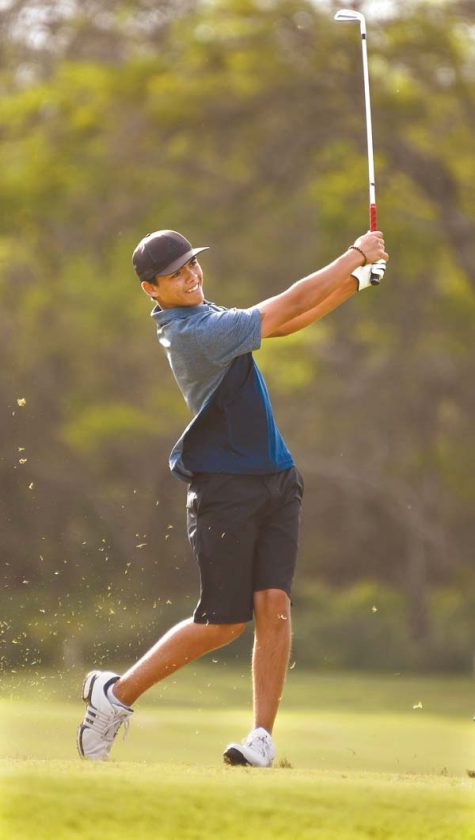 “They are trying to make it to the state finals,” Abarra said. “I’m proud of them. They are working hard.”

King Kekaulike vs. Kamehameha Maui at The Dunes at Maui Lani, 3:30 p.m.