Esports Team Coming to Maui: UH-Maui College gets into gaming 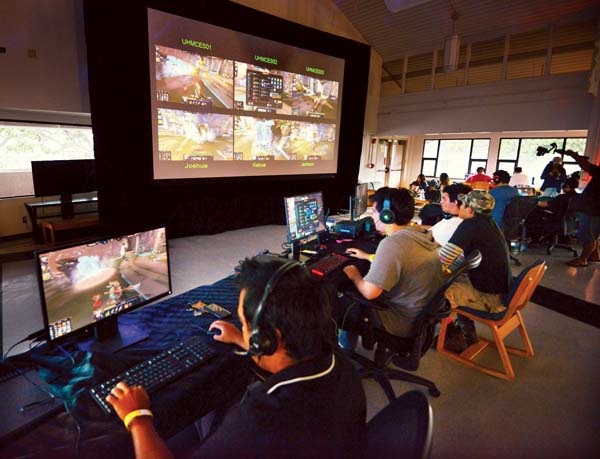 KAHULUI — As Al Paschoal peered out over a standing-room-only crowd in the student lounge at the University of Hawaii Maui College’s open house, he sported a wry grin.

UHMC has committed to join the National Association of Collegiate Esports, and the gathering in the largest room in Pilina Building on Wednesday night showed just how much potential and momentum the idea has behind it.

All eyes were firmly pointed to the large screen at the front of the room with rotating competitions going on in video games including CS:GO, Apex Legends, Fortnite, Smite, Dota2 and Super Smash Bros Ultimate on the Nintendo Switch.

“Right now, we’re fortunate where we are as far as developmental wise,” said Paschoal, the UHMC director of student life and the point man on the initiative. “We don’t need to go ahead and develop an entire league in order to compete – that’s one of the benefits of esports. You can do it online and the organization that we are aligning ourselves with, which is NACE, at last count had 84 colleges throughout the nation involved that compete.

“They are aligning themselves with the NCAA and they have already an affiliation with the NJCAA. So, they are doing everything right in our minds to align themselves to be a legitimate collegiate sport and that’s something that we want to be a part of.” 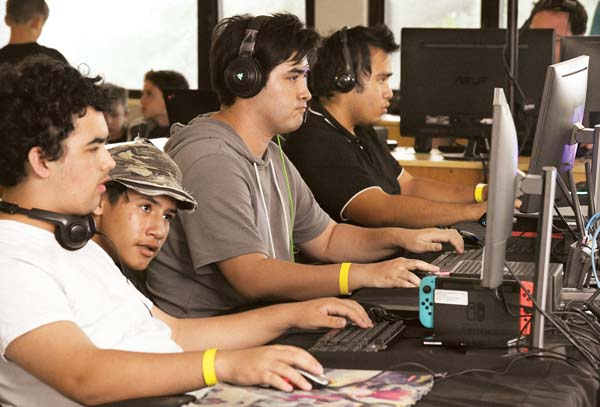 UHMC already has a solid club on campus, the Strategic Gaming Society, to spearhead the effort.

Yvonne Ladera is the SGS president and sees the new venture as a perfect fit.

“I find it pretty cool because in the club we ask students to step up to be an officer,” Ladera said. “They can practice on their skills that they learn in class in the club.”

The SGS currently had about 25 members already, and the potential to encourage students into college who otherwise might not be interested is something UHMC has in mind.

“Our involvement with esports is tremendously huge, I want to say, and it’s a very big opportunity,” Ladera said. 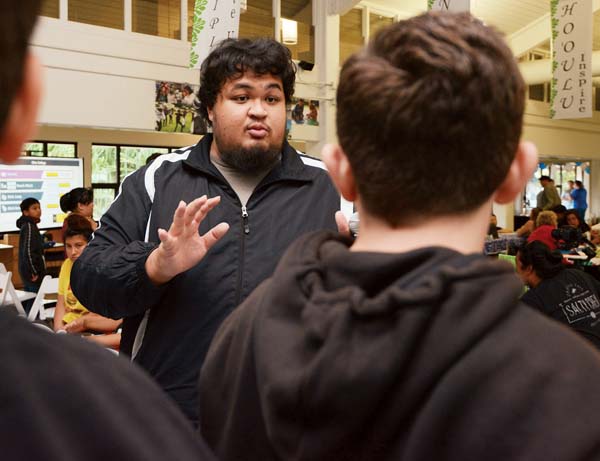 Haydie Tapat is the SGS secretary and sees the chance to put UHMC on the map. The format allows the school to form teams of five to eight players in each of the different games that the NACE competes in.

“I believe this will bring more students to campus,” Tapat said. “We went to Maui High (School) recently and our area was the most crowded.”

The ring leader of the competitions going on Wednesday night was Mahi Carter, who is the SGS vice president and describes himself as “right-hand man to Yvonne, literally.”

Keith Imada, a veteran teacher at Maui High, got Carter interested in the competition side of video games before Carter graduated from MHS in 2017.

“I believe this is one step to get more kids involved,” Carter said. “I know a lot of times kids say, ‘I don’t want to go to college because that’s more school.’ “ 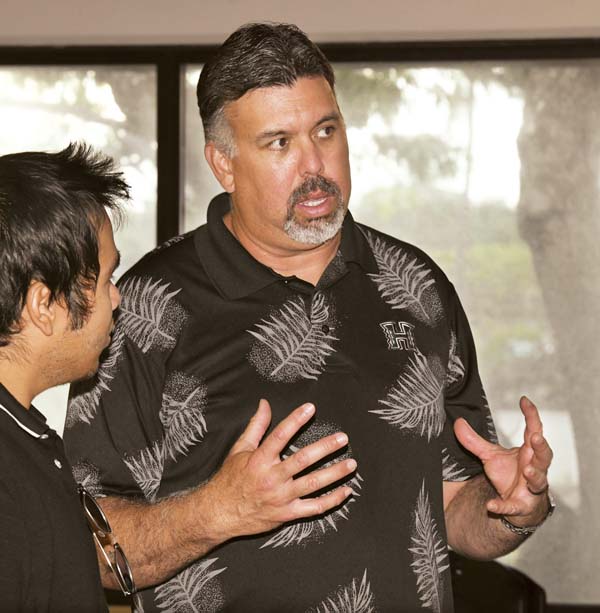 Many of the players in the event Wednesday night were students at Lokelani Intermediate School, where Carter also attended. Lokelani robotics coordinator Joseph Kepa brought several students to the event.

“I say to the kids, ‘What if college had esports and video games and you can do it for a scholarship?’ Which is one of the opportunities in the future that we are going to add, so I think this is a good way to open things up to students,” Carter said. “We want them to say: ‘This is my opportunity to shine and I can also get classes paid for perhaps.’ “

The span of the reach is heightened by the array of games that students can compete in. Carter, a current UHMC sophomore who plans to transfer to UH Manoa after next year, plans to try out for the UHMC team in Fortnite.

He recently placed third out of 100 participants in a Fortnite tournament in Texas.

“If this does well here, I believe it could open up the opportunity at Manoa and other schools,” Carter said. “If I go to Manoa and there’s an esports team there, if my reputation is good here, I could get picked up there. 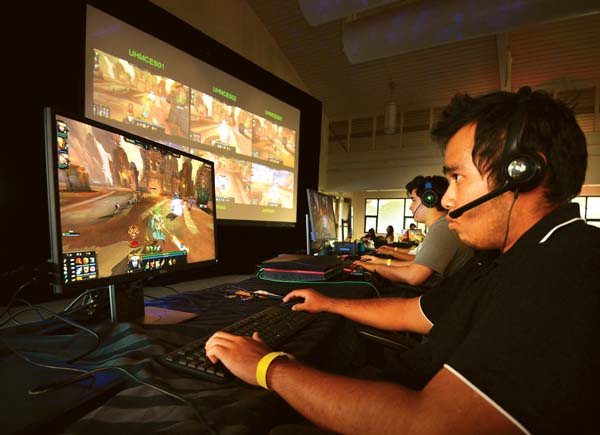 “There’s a lot of good talent out there. This is just the beginning, I think.”

UHMC chancellor Lui Hokoana was all smiles as he viewed the room on Wednesday night.

“We’re looking at a way to draw kids into college and whatever it takes, right?” Hokoana said. “We know it’s a trend throughout the United States. There are hundreds of thousands of students playing this. We’re using that as a draw and then helping them connect to our programs to actually study in here or bring them to college.

“It’s like the welcome mat for a different kind of student.”