Runyon pulls off double at third MIL meet of season 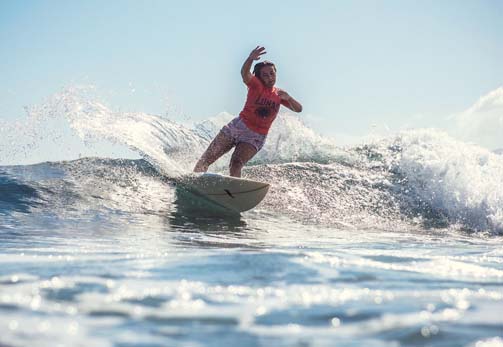 Lahainaluna High School’s Madison Runyon pulled off a rare double, winning the girls shortboard and bodyboard divisions at the Maui Interscholastic League surf meet No. 3 at Lahaina Harbor on Saturday.

Despite Runyon’s double, the Maui Prep girls won their third straight meet, as did the King Kekaulike boys, all but clinching the MIL overall team titles. Lahainaluna is second in both girls and boys.

Runyon won the Lahaina Harbor contest last year, and took the shortboard event at D.T. Fleming Beach in the first meet this season. Two weeks ago, she placed second to Ellie Brown of King Kekaulike at Koki Beach in Hana. She returned the favor at the Harbor, scoring the two highest waves of the final in beating Brown, 12.40-7.60.

“Super hard conditions, there weren’t a lot of set waves coming through,” Runyon said. “I just had to look for the longest ones that gave me the room to do stuff.” 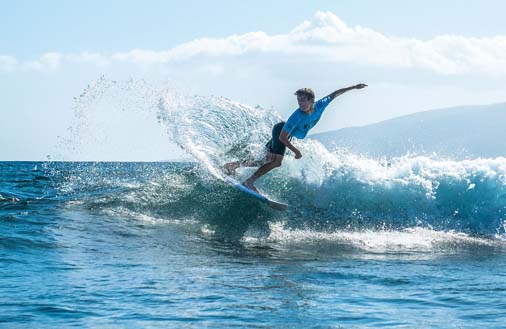 The Lunas junior always seemed to be in better position to catch waves.

“My coaches helped me a lot with that,” Runyon said. “They told me to stay centered, don’t drift off toward the channel.”

“I managed to pull through those,” Fahland said. “I was just doing spins and rolls. It was really small out there, hard to do anything bigger.”

Defending MIL bodyboard champion Tyler Kirby of Maui Prep claimed his first MIL shortboard win. It was a closely contested final as the top three finishers were separated by less than a point. 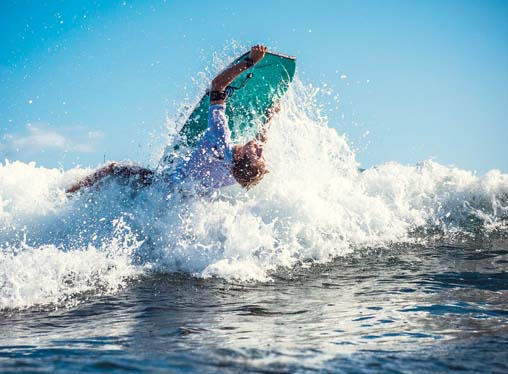 “I tried to get the job done I needed to do,” said the Na Pueo junior. “It was a very grindy heat and lots of paddle battles, not a lot of waves in the heat.”

The final MIL surf contest will be April 27 at Hookipa Beach Park. 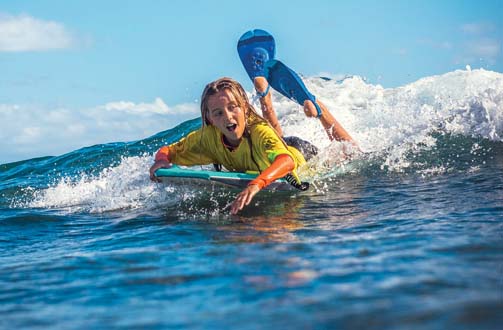 Through three of four events