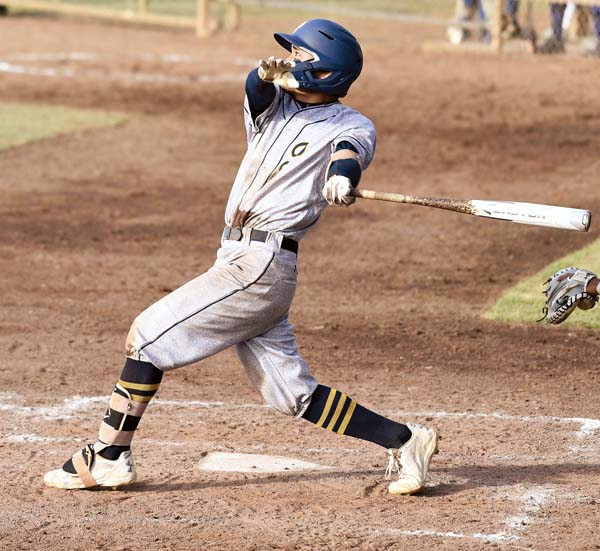 Punahou School’s Makana Murashige follows through on a grand slam in the fifth inning of the Buff ‘n Blue’s 10-2 win over Hilo in a state semifinal Friday. -- The Maui News / MATTHEW THAYER photo

WAILUKU — The Punahou School baseball team is right where it wants to be.

The second-seeded Buff ‘n Blue rolled into the championship game of the HHSAA/Wally Yonamine Foundation Division I state tournament with a 10-2 win over Hilo on Friday night at Maehara Stadium.

A packed house was on hand in anticipation of the second semifinal featuring No. 1-seeded and defending state champion Baldwin vs. Mililani.

“The Maui baseball community and the history here is so rich,” Punahou coach Keenan Sue said. “It’s such a blessing and an honor to play here because these folks, they know baseball. They’ve had so many great players come out of here, so many great coaches, and for us, it’s a blessing. This field, Iron Maehara, I think, is the nicest ballpark and the greatest environment in the entire state. We love playing here.”

Punahou blew the game open in the top of the fifth on a grand slam home run by Makana Murashige that pushed the lead to 7-0. The bases were filled on three straight errors on Hilo second baseman Xaige Lancaster. 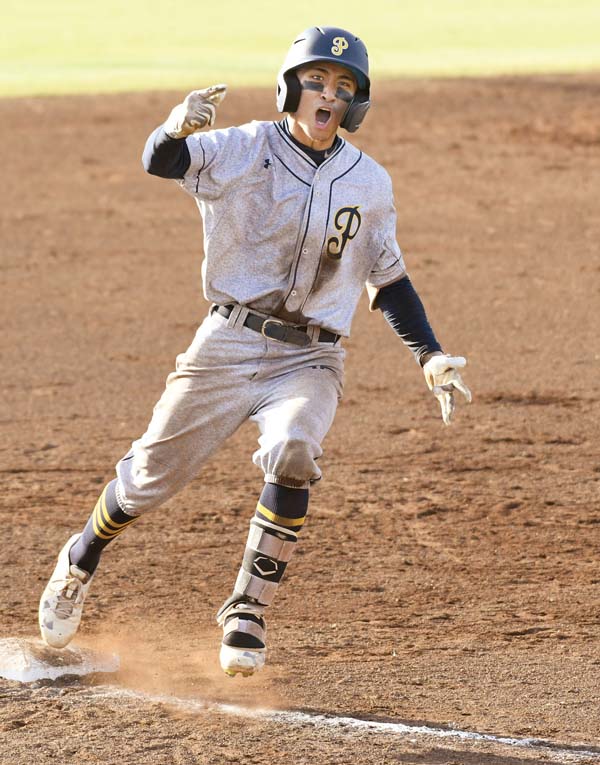 “Funny story, I actually was going to call a suicide squeeze on that pitch and decided not to, so I’m glad I didn’t,” Sue said of the grand slam that was the eighth roundtripper to fly out of the stadium in this tournament — the previous record of six was set here in 2010. “The thing about Makana is he’s a hard worker, he’s one of the hearts of this team and it couldn’t have happened to a better guy, so I’m super happy for him.”

The Vikings struck for two runs in the fifth when Ryan Cabreira tripled and scored on the front of a double steal. Ocean Gabonia tripled to knock in another run and bring the Vikings within 7-2.

Punahou pushed the lead back to 9-2 on an RBI triple by Kalae Harrison and an RBI fielder’s choice by Aaron Tom. The Buff ‘n Blue scored their final run in the seventh on an RBI single by Kirk Terada-Herzer.

Punahou scored single runs in each of the first three innings.

Harrison tripled and scored on an RBI single in the first, Matt Nishimura’s fielder’s choice grounder knocked in the second run and Jake Tsukada led off with a triple in the third and scored on Murashige’s single. 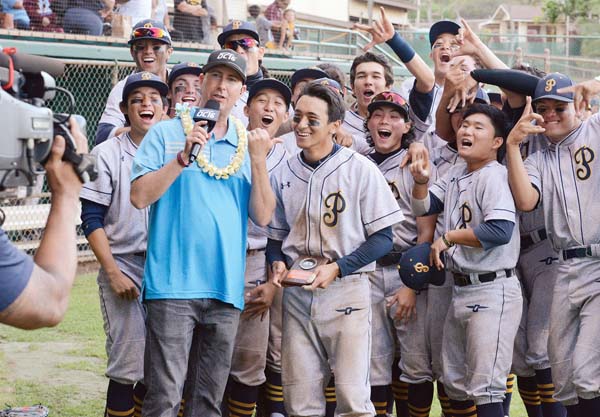 Murashige knocked in five and he, Harrison, Cody Hirano and Tsukada all had two hits.

No. 3-seeded Hilo (14-4) will play for third place today. Jantzden Kahee had two of the Vikings’ seven hits.

“Nobody expected us to come this far — look how far we came,” Hilo coach Baba Lancaster said. “It’s my first year coaching and this group, this is a big accomplishment for us. … Punahou, they’re a real good team, they capitalized on our errors. Just happened that we had four errors.

“We’ll be back — you will see us for the next three years.” 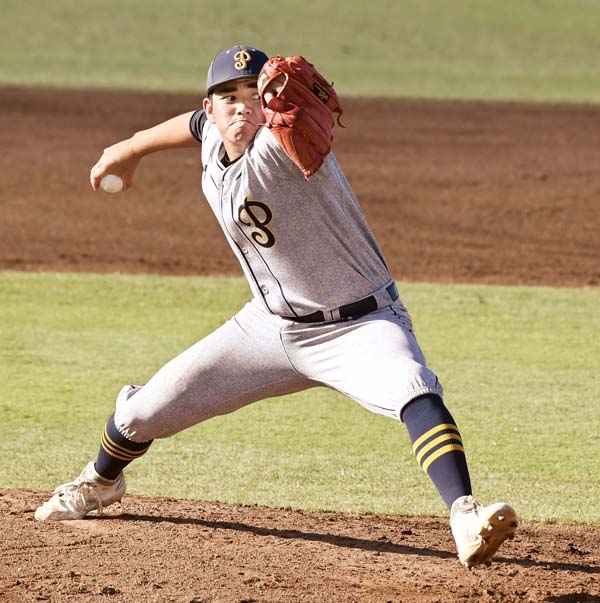