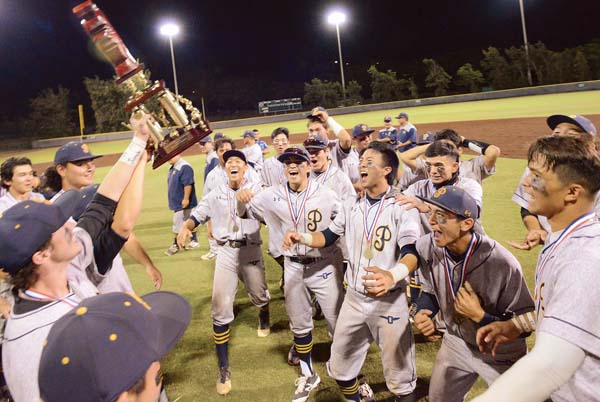 The younger Harrison, the son of former University of Hawaii standout Kenny Harrison, was voted Most Outstanding Player of the HHSAA/Wally Yonamine Foundation Division I state tournament at Maehara Stadium on Saturday night.

Harrison had a key two-run double and played solid shortstop to lead the Buff ‘n Blue to a 7-3 win over Mililani in the state championship game. The title is Punahou’s state-leading 14th overall.

K.J. Harrison is a former All-American at Oregon State and is now an up-and-coming prospect in the Washington Nationals organization, currently playing at the high Class A level.

“It’s going to go good,” Kalae Harrison said of the phone call that awaited to his brother while fighting back tears. “He’s always been so supportive of me. That’s why I love him so much. And, yeah, he’s always helped me and stuff, so I’m very thankful for that.” 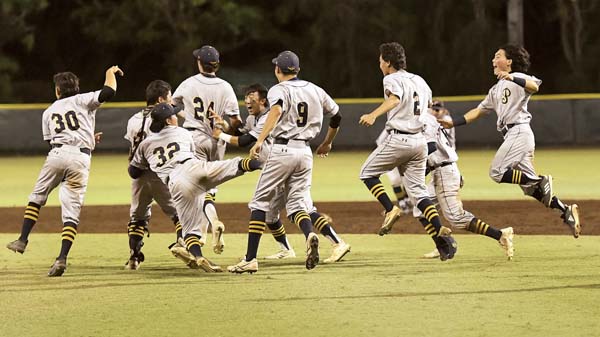 Keenan Sue is in his fifth year as head coach for the Buff ‘n Blue, who won their first state crown since 2010. The 1997 graduate of the school was touched by the Maui crowd all week long.

“It’s amazing — I’m just so happy for the guys and our school and all the guys that came before us that built this program,” Sue said. “We’re just so grateful and so honored to be in this spot right now. I’d be remiss if I didn’t thank my wife Ahlinn and my son and my daughter, Ty and Kaya.

“I had to do that just in case she reads it, but I’m so proud of these guys, man. They worked their tails off for their school and each other and I couldn’t be happier for them.”

Clinging to a one-run lead in the bottom of the fifth, two walks and a wild pitch put runners on second and third before Kade Morihara sent a bouncer through the right side of the infield for a two-run single to push the Punahou lead to 6-3. An error allowed the seventh run to score.

Mililani jumped out to a 2-0 lead in the top of the first inning. John Suehisa led off with a double, was sacrificed to third by Vance Oshiro and scored on an RBI single by Ethan Thomas. 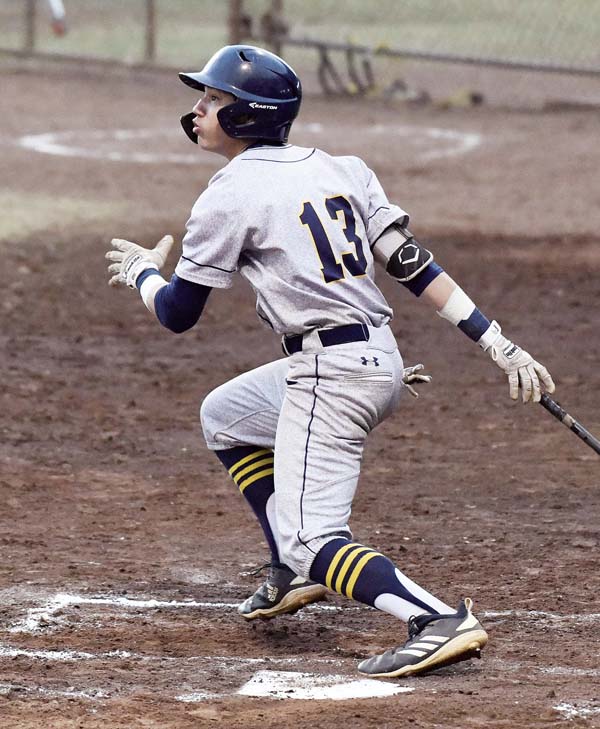 Thomas later scored on an RBI single by Hunter Faildo.

The Buff ‘n Blue got a run back in the bottom of the first when Cody Hirano doubled to lead off, took third on a ground out by Harrison and scored on a double by Jake Tsukada.

“We’ve got Jake Tsukada out here with a torn labrum, throwing the ball,” Sue said. “Just literally shredding his arm to get the ball to first. We’ve got guys giving everything they’ve got and the coaches have been amazing. The parents and the school and everybody has been amazing.” 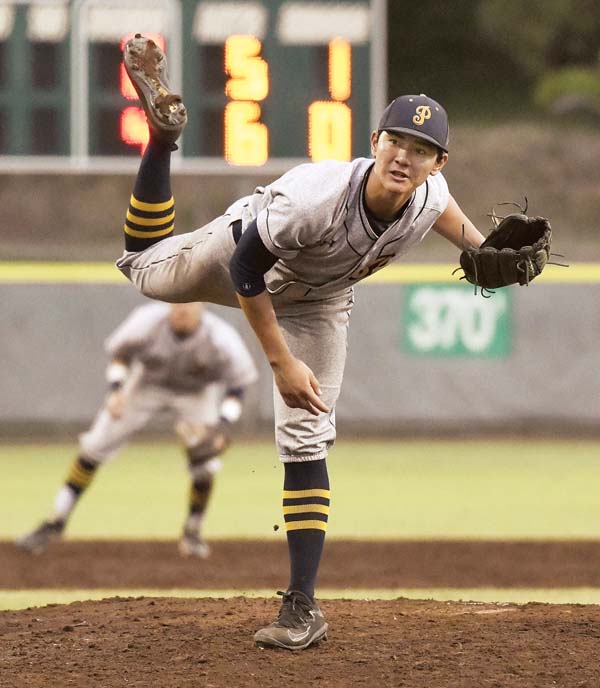 Punahou scored three times in the bottom of the second to take a 4-2 lead. Hirano had a sacrifice fly and Harrison followed with his key two-run double to left field to give Punahou a lead it would not surrender.

“It feels awesome, you know, we’re just a family out there, there’s no other guys that I want to win it with,” Harrison said. “It’s been fun this whole season.”

Mililani pulled within 4-3 on a sacrifice fly by Jayton Pang, which followed a double by Faildo in the top of the fifth.

The Trojans fell to 0-3 in the state baseball championship game, all since 2013.

“They did it in all facets of the game, they pitched well, they hit the ball hard, capitalized on the baserunners that they got on,” Mililani coach Mark Hirayama said of Punahou. “Congratulations to them, they did a great job.” 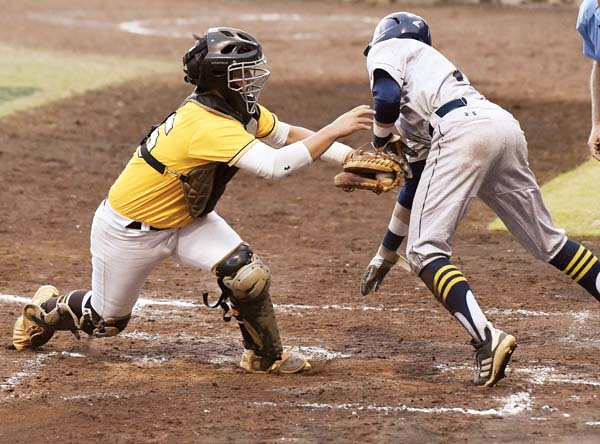 Selected by media and the HHSAA