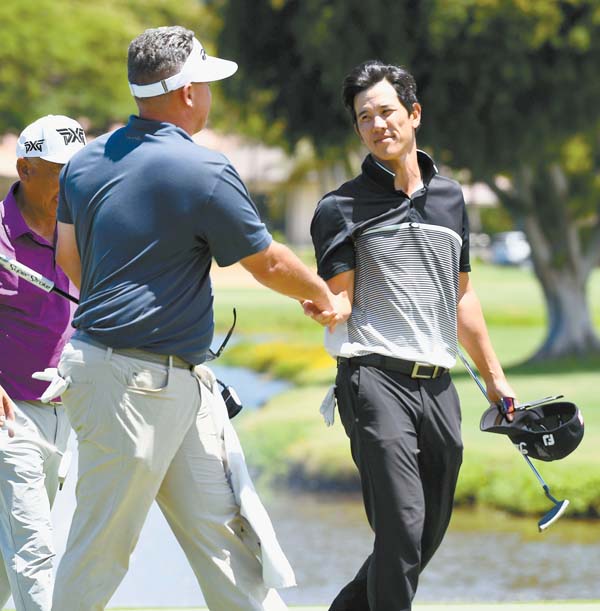 Jared Sawada and Jason Jakovac congratulate each other after they completed the final round of the Kaanapali Classic Pro Pro Championship on Sunday at the Royal Kaanapali Course. Sawada and Jakovac won by two shots. KAANAPALI GOLF COURSES photos

With eight birdies both Saturday and Sunday at the Royal Kaanapali Golf Course, the pair had a clean scorecard for 36 holes and took home $2,200 of the $10,000 purse.

Sawada, who just came off two years on the Mackensie Tour (Canada), recently won the 2019 Big Island Invitational and qualified in for the 2019 Sony Open in January. Jakovac won the Pro-Assistant Championship recently and is the Head Professional at Hoakalei Country Club on Oahu.

“We played in the Kaanapali event three years ago and then I was in Canada the last few years, so it was good to be back here playing together,” Sawada said. 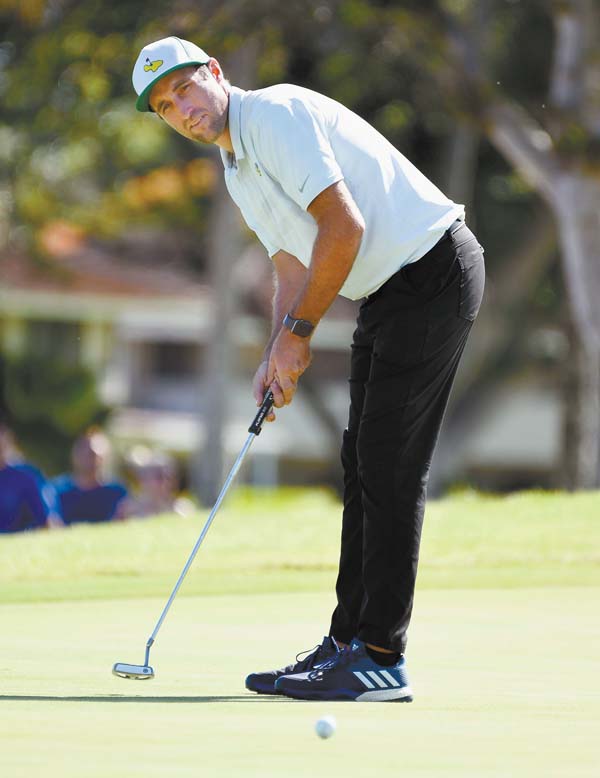 Jakovac said the key was a 5-under finish on the back nine Sunday.

“We started off a little slow and had a few hiccups (Sunday), but we had each other’s back and finished really strong on the back nine,” Jakovac said.

“Our strategy was to just go out and have fun this weekend, enjoy each other’s company and not be too hard on ourselves,” Isagawa said.

Grodzinsky added, “We got off to a slow start today with some pars, but then Cassy made a birdie on 4 and then we started to make some more.” 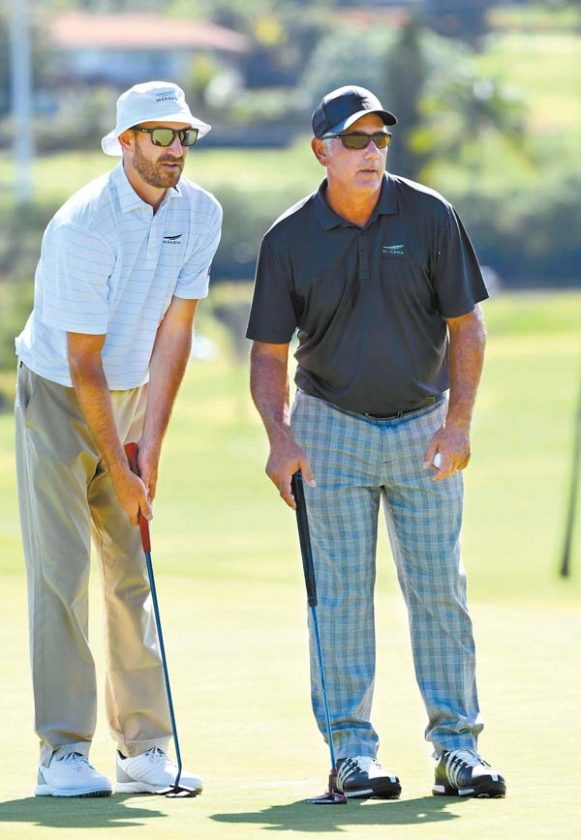 Eliot Gouveia and Eric Dugas of Makena Golf Club talk over a putt during Sunday’s final round. The defending champions finished tied for second.

Isagawa, who served as the Baldwin High School boys coach this spring, said of the birdie putt on the fourth: “I felt good standing over the putt, I was confident about it, even though I knew it was a tough downhill left to right putt. I really wanted to make it for my team and contribute a birdie at that point — we needed it.”

As a team, Grodzinsky and Isagawa heated up on their back nine with Grodzinsky needing only 11 putts for the last nine holes, including an eagle on the ninth after he hit a solid drive and hit an 8-iron to the flag to about two feet for eagle.

Alex Ching and Todd Rego were one of three teams that tied for second at 128 after a second straight 64 on Sunday. In the first round, Ching eagled the par-5 sixth hole and Sunday Rego eagled the same hole. They also earned $1,233.

Rego said, “We got really fired up after the fifth hole today and said to ourselves, ‘we need to go.’ “Ching added, “With no wind out there today and conditions were perfect on the course, we knew we had to go low – it was pretty scoreable out there.” 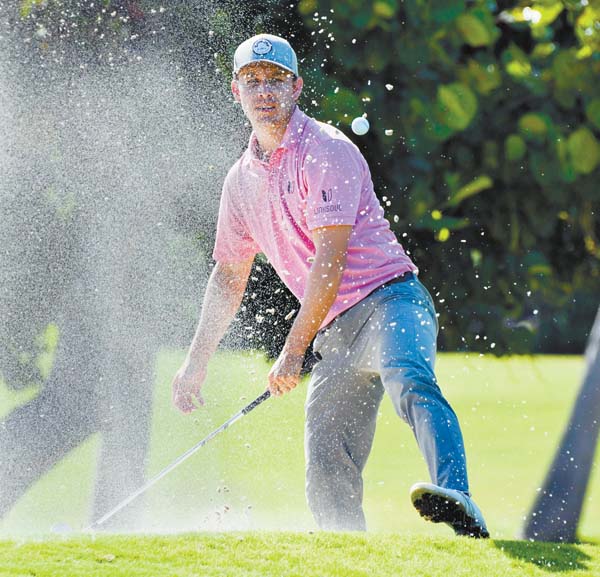 Oahu’s Alex Ching clears the bunker after his approach on No. 5 plugged into the bunker. Ching and Todd Rego tied for second.