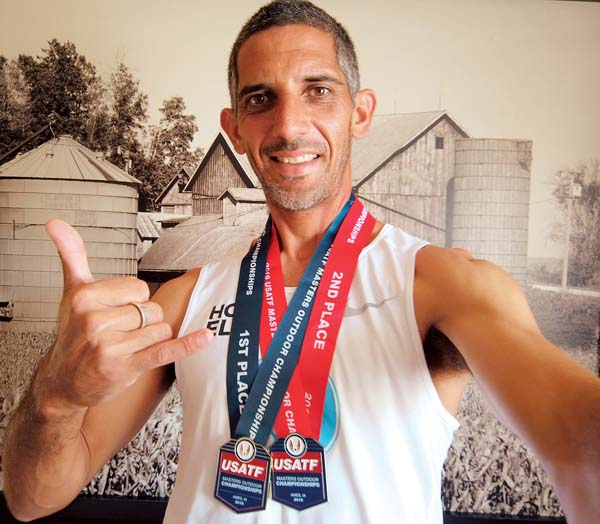 Matt Holton gives a shaka as he wears his medals won at the USATF Masters Outdoor Championships, which were held Thursday through Sunday in Ames, Iowa. Holton won gold in the 10,000 meters and silver in the 5,000 meters in his division. Photo courtesy of Cristina Pineda

Competing in the men’s 40-44 division, Holton won the 10,000 meters. The Maui High School graduate and member of the Honu Elite racing team was on the shoulder of the leader until the halfway point when he made his move to win.

Holton’s time of 34 minutes, 10 seconds was the fastest among all men competing in the distance, regardless of age. 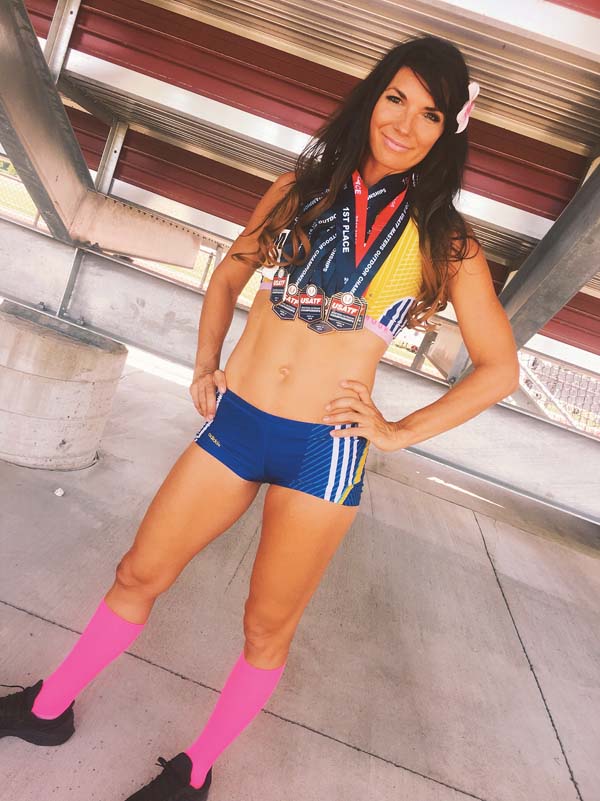 Cynthia Monteleone poses with her medal haul after winning the 400 and 800 meters, as well as the shot put. She was also part of two winning relay teams. Photo courtesy of Cynthia Monteleone

Monteleone blew away the field in the 400 and 800 meters. Her time of 59.85 seconds in the 400 was over five seconds ahead of the runner-up, while in the 800, she won by nearly 14 seconds in 2:35.75. The Lahainaluna track and field coach added another gold with her win in shot put with a throw of 8.14 meters — she was the only competitor to start in her division.

Trotto had a busy meet, competing in over a dozen events, including the pentathlon, and came away with a couple of wins.

Trotto finished second in a two-person race for the 70-74 pentathlon crown. She bested winner Barbara Warren in the 800, but finished behind her in the 80 hurdles, high jump, shot put and long jump.