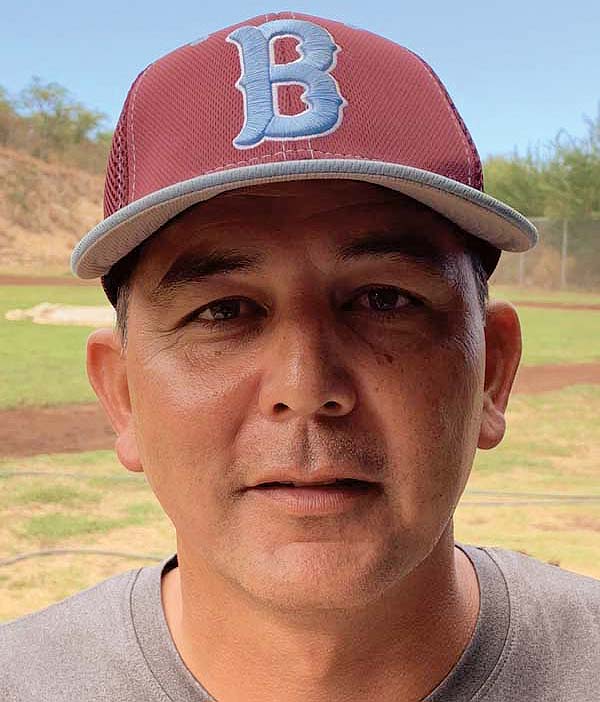 WAILUKU — It came with lightning speed, but Craig Okita is excited nonetheless. On Tuesday, he was named just the fourth head baseball coach for Baldwin High School since 1990.

He takes over a team that has won the last 10 Maui Interscholastic League pennants and has two state crowns in the last four years and six state titles overall.

Shane Dudoit was relieved of his head coaching duties on Monday and Okita was hired the next day, moving up from being the program’s junior varsity head coach.

Okita follows directly in the footsteps of Kahai Shishido, Jon Viela and Dudoit, all of whom led the Bears to state crowns since Shishido took over the program in 1990.

“I’m thankful for the opportunity to get to lead the program,” Okita said at a practice for the Central East Maui Little League Seniors (15-16) on Tuesday at the Baldwin baseball facility. “Given the situation and everything that’s happened, I truly believe things happen for a reason.”

Okita is a former Baldwin and University of Hawaii-Hilo player and the father of Bears starting shortstop Reyn Okita. Craig Okita graduated from Baldwin in 1991 and played at UH-Hilo from 1992-94 before graduating from UH Manoa in 1996.

“If you told me I’d be in this position a few years ago I’d have absolutely said, ‘You’re crazy,’ “ Okita said. “I look forward to and I hope to continue what Shane, Jon and Kahai has established here. With the group we have here, with our coaches, our parents, our supporters, I think with everyone’s help we’ll continue in the right direction.”

Dudoit was released on Monday after three seasons as head coach, with three MIL pennants, a state crown in 2018 and a state final four appearance last May to his credit.

“With much respect, we thank Coach Shane Dudoit for all the time and effort he put into the Baldwin High baseball program,” Hondo’s statement read. “We will be forever grateful for the success that he, his coaching staff, baseball parents and all our supporters helped provide to all of our student-athletes these past years under his leadership and guidance. We will be moving forward with hopes that he will be part of the transition process but can understand and fully support his wanting to pursue other personal endeavors.”

In the next paragraph, Hondo wrote about Okita.

“We have decided to promote Craig Okita to the head coaching position and are fortunate that he has accepted. Coach Craig is a Baldwin High School graduate, a former Baldwin High School player and has been our JV head coach for a number of years. We are confident in his abilities and his leadership and that under his guidance the program will continue to grow while maintaining the high standards established by his predecessors.”

Hondo spoke with The Maui News off the record on Tuesday, but said his statement would be all he could offer on the record for now.

Okita said one of his first calls was to Dudoit, whom he offered a spot on the staff. Dudoit said he is still considering the offer and added via text “I’m glad the administration decided to keep it in house and Craig has my 100 percent support.”

Returning Baldwin players at the Tuesday practice said that they were caught by surprise and that they are happy to have Okita step in.

“He was a great coach, Coach Shane,” rising junior left-handed pitcher Ben Zeigler-Namoa said. “We got pretty far, there’s no words that can explain how I felt when I heard about it. I thought it was really early. He’s only been head coach for three years — they must have had a good reason for taking him out from not being our head coach.

“Having a new head coach, Coach Craig, it’s something new, something to be excited about. We’re going to come out hard this year.”

Zeigler-Namoa is happy that the staff appears to be ready to come back.

“I think our staff is good, no matter what,” he said. “We’re going through a lot right now, but we’re still going to be the same team, same coaches probably. Same mentality, just go out there and try to win some games.”

Adam Yamashita is a rising senior and the starting second baseman for the Bears. Dean Yamashita is his father.

“It’s tough, I didn’t really see it coming, it kind of caught us by surprise,” Adam Yamashita said. “We did good with him as our head coach and can only move forward from here, so very excited to have Coach Craig as our new head coach here at Baldwin. It’s very important to keep the staff together — these guys have been coaching together for years now. They’ve become so good, they’ve been a very strong force in our success.”

Okita said he did not know much about the reason Dudoit was relieved of his duties.

“I found out when Shane called me yesterday,” Okita said. “Wade had asked me to meet with him prior to Shane calling me. I had a date and time set — that was (Monday). He called me the week before, just to talk, see how we were doing and stuff, so I had no idea all of this was going down.”

Okita added, “What I heard was that it was a mutual agreement where Shane had come up with a suggestion to transition out, is what I have gathered. I was not in that conversation, so I cannot verify and say that I heard this, but that’s what I gather: That there was some discussion in previous meetings with administration that he would be phasing out.

“I think the administration felt that they would rather make the transition now than later if the change was inevitable. We can start fresh and try to keep this going type of deal.”

The bottom line for Okita is he is ready for his new role.

“It happened really fast and the opportunity came up and I said, ‘Hey, let me lead’ and I will do that,” he said.