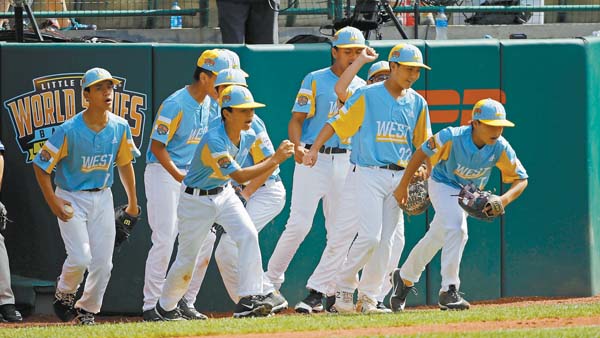 WILLIAMSPORT, Pa. — It was a difficult scene Saturday afternoon as Central East Maui Little League players and coaches had to process their first loss of the Little League World Series and missing out on a chance to compete for the world championship all at once.

“That took the wind out of our sails obviously,” manager Brad Lung said. “The boys were in good spirits. We tried to keep them in a positive mindset.”

The challenge for Lung was getting his team turned around to face Chofu City, Japan, in the consolation game Sunday morning. Japan scored in the opening inning and locked it down defensively to hand Central East Maui the 5-0 loss.

While disappointed with their second loss in as many days, the Maui boys paid respect to their opponents, walking over the right field foul line and bowing to the Japanese fans.

“Hawaii bowed to team Japan and our fans and that means there is a great deal of respect,” Japan manager Koji Yamashita said. “We respect each other. We are still a young aged team and we feel like we will be good friends forever. Hopefully when they get older, we can meet again. The Hawaii team bowing to us shows a great sign of respect.” 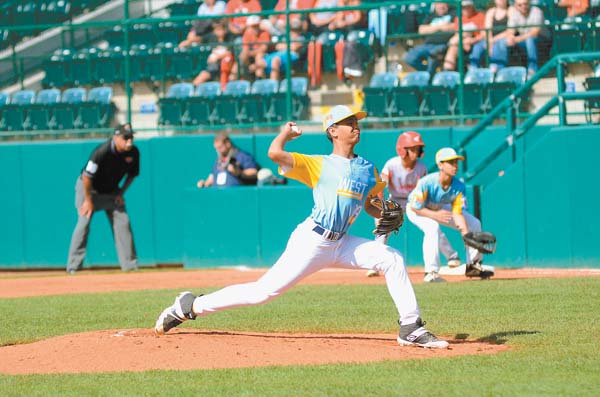 Lung, his coaches and all of his players handed out lei to nearly every person working the event — from cameramen to Little League officials and just about anybody who helped make the 10-day tournament happen.

“It’s spectacular the experience of being here,” Lung said. “It’s very, very humbling. We are super stoked to be here. Just the journey to get here was unbelievable. Last night after the game I went back and watched all the different games we played to get to this point and just realized how blessed we were to get here. Just to reach here.”

The group treated the entire tournament as a business trip, but at the end Lung sent the kids out to be with their families and celebrate the first run to the Little League World Series by a Maui team.

In Sunday’s third-place game, Japan scored three runs in the first inning and relied on its defense to contain the potent Maui lineup. Japan scored two in the bottom of the fifth to set the final score. 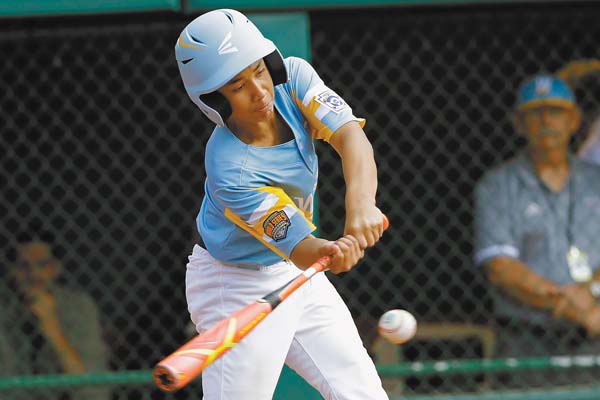 Nakea Kahalehau finished with two singles to lead the offense for Maui.

The results — Maui finished 3-2 in the tournament — weren’t what the team was hoping for, but that did little to take away from its accomplishments. Maui County Mayor Michael Victorino traveled to see the team play in the U.S. championship game — won by eventual world champion River Ridge, La., 9-5. It received messages from professional athletes from all over and it represented Maui with the upmost respect and positive attitudes.

“We’ll take that home. Again, we’re the first Maui team to get here,” Lung said. “We made history. It’s a heck of an accomplishment for these kids.”

The CEM players are scheduled to arrive at Kahului Airport at 2:42 p.m. today on American Airlines flight 432.