Central East Maui ready to take on Louisiana for US title 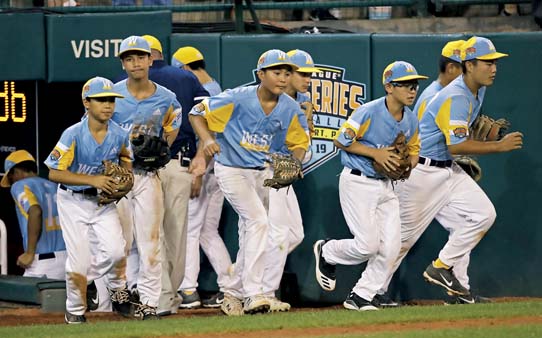 WILLIAMSPORT, Pa. — As the steps start to increase in difficulty for Central East Maui Little League, its manager and coaches have stayed committed to being focused on the task at hand.

It requires a lot of mental strength to keep a team full of youngsters focused throughout the 10-day spectacle that is the Little League World Series, but manager Brad Lung and assistant coaches Randy Nakashima and Branden Arakawa have done exactly that as the team sits one win away from the LLWS world championship game.

To get to Sunday’s final, Maui will need to beat Southwest champion Ridge River, La., in the U.S. championship game today — the game is set for 9:30 a.m. HST and will be televised on ABC.

“They are a very well-coached team,” Lung said of the Louisiana team, which Maui beat in their opening game of the LLWS last week. “They hit the ball well and have good pitching and defense. They are ranked No. 1 coming into this tournament and it’s going to be a very good challenge. We’ll embrace the challenge.”

Among those who will be in the stands cheering on CEM is Maui County Mayor Michael Victorino, who announced Friday that he will be traveling to Williamsport. The press release announcing this also noted that Victorino will use vacation time and pay for this trip himself. 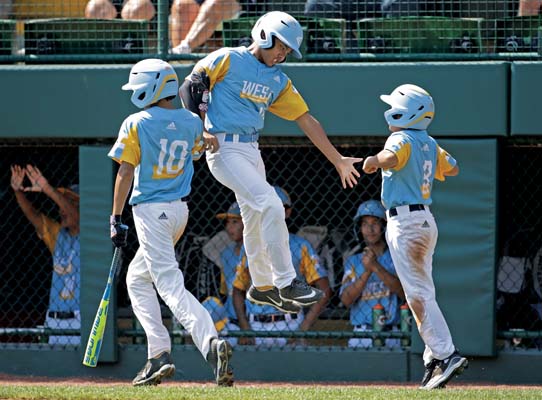 “I am excited. I am very excited,” Victorino said in the release. “Our boys should be well rested and focused on their goal — a Little League World Series Championship. God willing, and with the prayers of the people of the County of Maui and the state of Hawaii, I’m confident that they will be successful.”

The message meant a lot to Lung, who expressed his gratefulness of the kind words and support.

“It’s truly awesome for him to come up here and support the boys,” Lung said. “He mentioned he would if we made it and he kept his word. He’s a man of his word. We’re very excited about it.”

The mayor wasn’t the only prominent Maui figure to offer support — Major League Baseball player Kurt Suzuki and former pro Shane Victorino, son of Michael Victorino, also have reached out to the kids.

“Statewide everybody is showing their support for us,” Lung said. “We’re super stoked. Kurt Suzuki has contacted the team. Of course, he’s a Maui boy and we grew up with him, and Shane Victorino will be coming to the game Saturday, too.”

Today’s U.S. title game is a rematch of a Day 2 matchup that many believed then was a possible preview of the final. Central East Maui won that contest 5-2, but Louisiana has gone 4-0 since.

“I’ve got four solid kids ready to go for Saturday,” Louisiana manager Scott Frazier said. “Every one of them is very capable. We feel great. We have a different approach for Hawaii come Saturday. We’ve been watching them a little bit and we think we have a good game plan for those guys going into Saturday. There’s a lot of pressure, because it’s a winner-take-all.”

Louisiana forced the 10-run mercy rule against Southeast champion South Riding, Va., on Thursday to advance into today’s U.S. championship. It has benefited from outstanding pitching along with a dangerous lineup that boasts the top hitter in the entire tournament in Reece Roussel, who is just one hit away from tying the all-time mark for hits in the Series.

“We just have to continue to play sound defense,” Lung said. “They need to make contact and just try their best. It’s all you can ask for.”

At Williamsport, Pa. • All times HST