Special to The Maui News 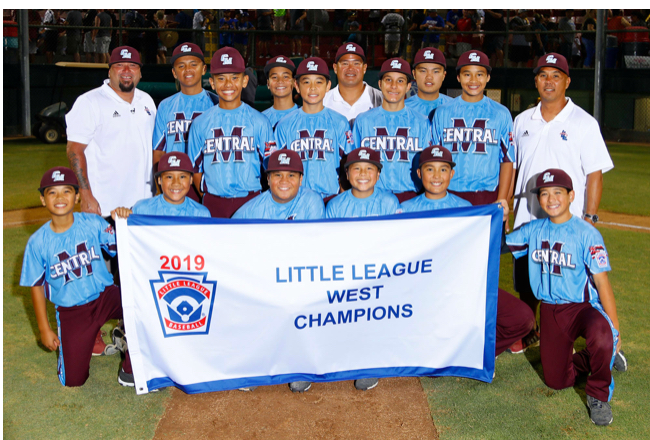 Central East Maui claimed the West Regional on Saturday with a 4-1 over Arizona and is headed to Williamsport, Pa., for the Little League World Series.

SAN BERNARDINO, Calif. — Jaren Pascual rounded first base and thrust both arms skyward Saturday. He could get no taller on the biggest of occasions.

In celebrating his three-run home run in the third inning that would give Central East Maui Little League the deciding runs in a 4-1 victory Saturday over Arizona’s Sunnyside Little League, Pascual also was marking the occasion of a titanic shift.

In the short term, the blast gave Hawaii its first home run in its fourth game of the six-team West Regional. In the bigger picture, it would end up being the difference in getting a team from Maui to the Little League World Series for ages 11 and 12 for the first time ever.

After 10 previous tries, the island has finally punched a ticket to Williamsport, Pa. The occasion comes a year after Honolulu Little League not only represented Hawaii in Little League’s biggest event, it won a world championship.

A monumental occasion sometimes needs a little extra kick. So Hawaii not only got their first home run of the tournament from Pascual, pitcher Logan Kuloloia would add his own homer in the sixth inning to give his team an insurance run. 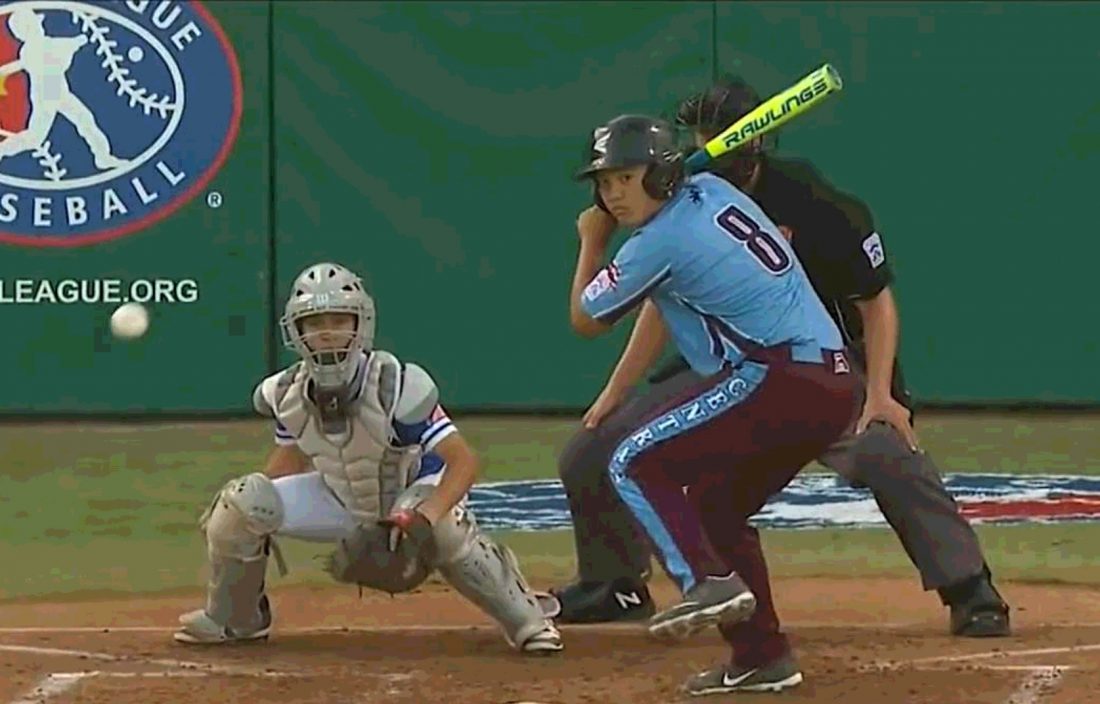 Central East Maui’s Jaren Pascual takes this pitch over the fence in the third inning for a three-run homer in the Little League West Regional final Saturday in San Bernardino, Calif. This photo was taken from video. Photo courtesy of Little League.

A team that prides itself on line-drive contact, smart base running, tight defense and solid pitching now has a new toy: the sting of the long ball.

“Every day we came out fighting and we played with heart,” manager Brad Lung said afterward, fighting back tears of joy. “The kids got it done. They hustled, they played hard, they played fundamental baseball. We’re not power hitters, we don’t hit it over the fence, we make contact and good things happen when we put the ball in play.”

Except the team does hit it over the fence now and with school already in session, Central East Maui has launched itself into an extended summer.

“Well today is a special day definitely,” Lung said, somewhat conceding to the added power piece in the toolbox, if not a new team identity altogether

Sunday’s estimated crowd of 8,000, which was near capacity, was more on par with what Central East Maui will see at Williamsport, and by the looks of it Saturday, it should not be an issue.

Arizona was actually the team that settled in first, riding the momentum of a late comeback in an elimination game Friday. Arizona scored two sixth-inning runs against Northern California on Friday, including one on a game-tying home run from Izaiah Moraga.

Two batters into Saturday’s game, Juan Hernandez tripled to right field and scored on a single from Cristobal Lorta for a 1-0 lead.

Hawaii sent just seven batters to the plate over the first two innings, before getting to work in the third inning. Duke Aloy and Isaac Imamura hit back-to-back singles with one out before Bransyn Hong flew out, leaving Arizona one out from escaping any damage.

That is when Pascual slid the barrel of his bat underneath a 1-1 curveball and crushed it over a hedge beyond the center field fence. It was the seventh hit in four West Regional games for Pascual, who batted .600 (6-for-10) with seven RBIs.

“Honestly, I was thinking solid contact, and just put the ball in play, drive the runs in,” Pascual said as the team was being showered with cheers from its fans long after the final out had been made. “It’s pretty fantastic to be the first from Maui to get to Williamsport.

Kuloloia took over as the star of the show after Pascual made his mark. While keeping a potent Arizona offense off balance from the mound, he came to the plate in the sixth inning and drove a 2-1 fastball over the center-field fence himself to increase the lead to 4-1.

From there it was a matter of retiring Arizona in order in the bottom of the sixth inning. Kuloloia gave up one run on two hits over his six innings with no walks and five strikeouts. He was especially effective late in the game, retiring the last 10 batters he faced after hitting back-to-back batters with pitches in the third inning.

“It feels so good that I don’t even know how to say it,” Kuloloia said. “It felt good because we won the game, and we’re going to Williamsport.”

The final out came when Kuloloia retired Moraga on a ground ball to Imamura at second base. Imamura’s throw in time to Nakea Kahalehau at first base set off a celebration on the first-base side of the mound, with Kuloloia at the center.

From there, it was a short night as both Central East Maui and Oregon’s Sprague Little League of Salem, the Northwest Regional champion, left the Little League complex in San Bernardino in the pre-dawn hours for the 75-mile drive to Los Angeles International Airport and the long flight to Pennsylvania, where the World Series will be held Aug. 15-25. Nobody was complaining about the travel itinerary.

“I think this will be big at home and everybody is going to strive to get here,” Lung said. “Maui baseball is on the rise right now. There are a lot of coaches putting in time, getting kids exposure and coming to the Mainland to play ball. It’s just like Honolulu. . . . Everybody is doing their part right now in Hawaii. Baseball is big in Hawaii and a lot of people don’t realize that.

With back-to-back berths at Williamsport, Hawaii’s most recent run of success figures to be a topic of conversation. Honolulu Little League looked poised to return to the West Regional when it defeated Central East Maui 7-0 in the state tournament earlier in the summer in Hilo.

But an 8-5 victory over Honolulu in the deciding game sent Central East Maui to the Mainland instead.

“When we beat Honolulu, I told the boys we can beat anybody up here,” Lung said. “Honolulu is tough every year.”

It was the moment that Kuloloia also viewed as a foreshadowing of what was to come.

“After we beat Honolulu, I knew we had a good chance,” Kuloloia said. “It feels exciting. We’re going to Williamsport.”

Central East Maui claimed the West Regional on Saturday with a 4-1 over Arizona and is headed to Williamsport, Pa., for the Little League World Series.