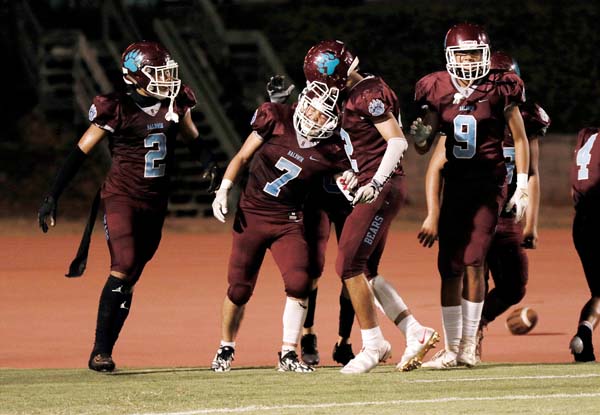 WAILUKU — The Baldwin High School football team put on a methodical performance to beat cross­town rival Maui High 33-0 on Friday night at War Memorial Stadium in front of a crowd of about 3,000 fans.

The win clinched the Maui Interscholastic League first-round crown in Division I for the Bears (2-1). The Sabers fell to 0-3 and have been outscored 78-20 in MIL play.

The game got chippy in the final minutes, resulting in a Baldwin player being ejected with 3 minutes, 32 seconds to go after a sideline scuffle.

Baldwin took a 27-0 lead on its first play from scrimmage in the second half, a highlight-reel 84-yard run by Isaiah Souza with 7:21 to go in the third quarter. Souza finished with 214 yards on 21 carries, the highest rushing performance in the MIL this season.

Ben Tokanang’s 4-yard scoring run up the middle pushed the Baldwin lead to 33-0 with 11:04 left in the game. That capped a 35-yard, six-play drive that was set up by a fumbled punt by the Sabers. 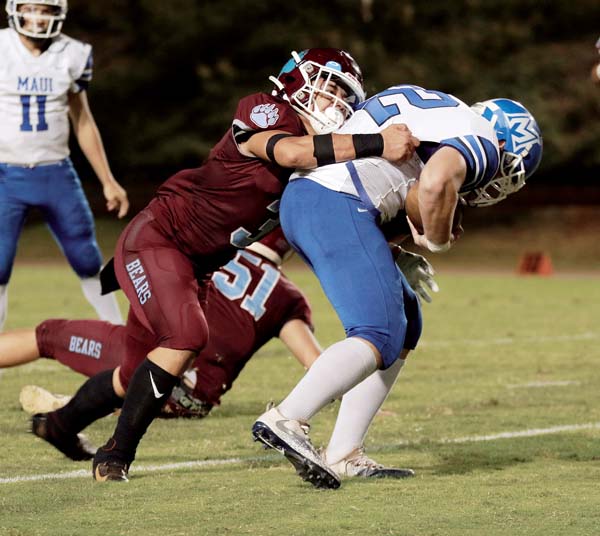 The game started about 30 minutes late due to a long junior varsity contest — and both teams came out sluggish.

The Bears broke the ice with a three-touchdown outburst in the second quarter to take a 20-0 lead into the locker rooms at halftime.

The drive was helped by a pair of Maui High penalties for a total of 20 yards, and the big play was a 33-yard strike from Laakea Asuega-Stark to Isaiah Richards, a transfer from Maui High, that put the ball on the Sabers’ 15-yard line.

Baldwin went 78 yards in six plays on its next possession, scoring on a 27-yard run up the middle by Souza. A pretty pass from Asuega-Stark to Kapena Kamai put the ball on the Maui High 32. 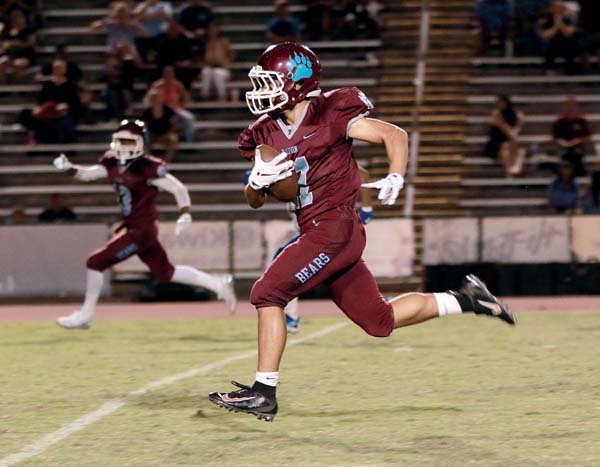 Baldwin’s Nathen Foster runs in for a touchdown on a pass from Laakea Asuega-Stark in the second quarter Friday. -- The Maui News photo

The Bears then used strategic timeouts and forced a three-and-out possession by the Sabers to set up a third straight scoring drive.

Baldwin needed just two plays to go 64 yards — a 22-yard Asuega-Stark strike to Kamai and a 47-yard pass to a wide-open Nathen Foster over the middle — to make it 20-0 with 50 seconds left on the first-half clock.

Souza had 117 yards on 16 carries in the first half, Kamai had three catches for 55 yards and Asuega-Stark passed for 136 yards and ran for 30 more.

The Baldwin defense limited the Sabers to 41 yards of offense and two first downs in the first half.

For the game, the Bears piled up 415 yards of offense, while limiting the Sabers to 142 yards and seven first downs. 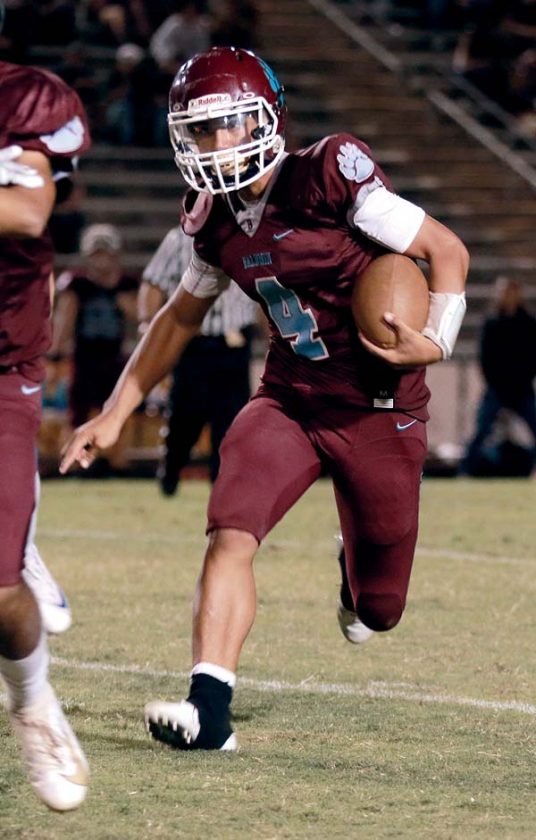 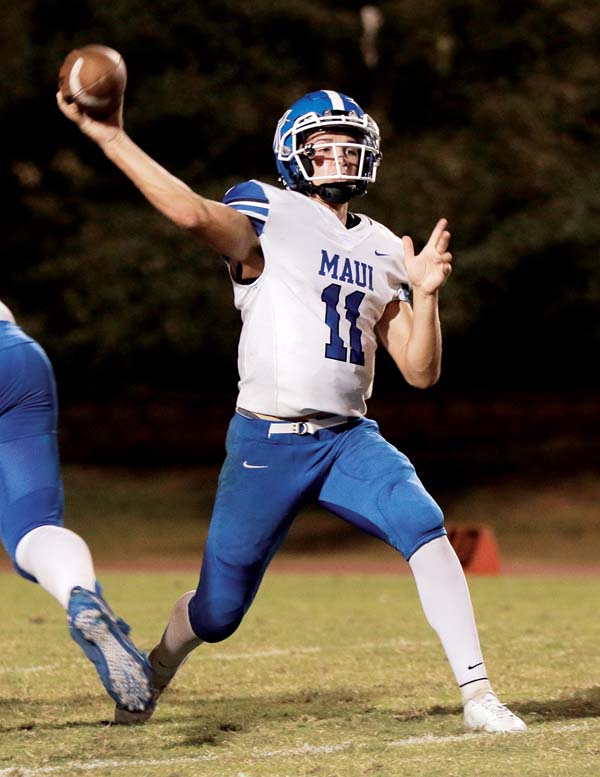 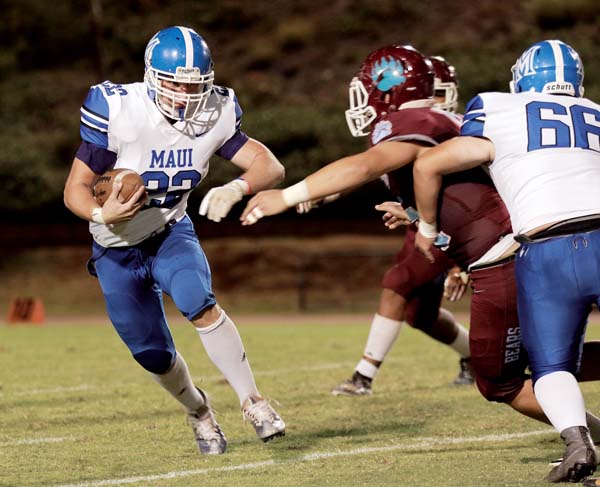