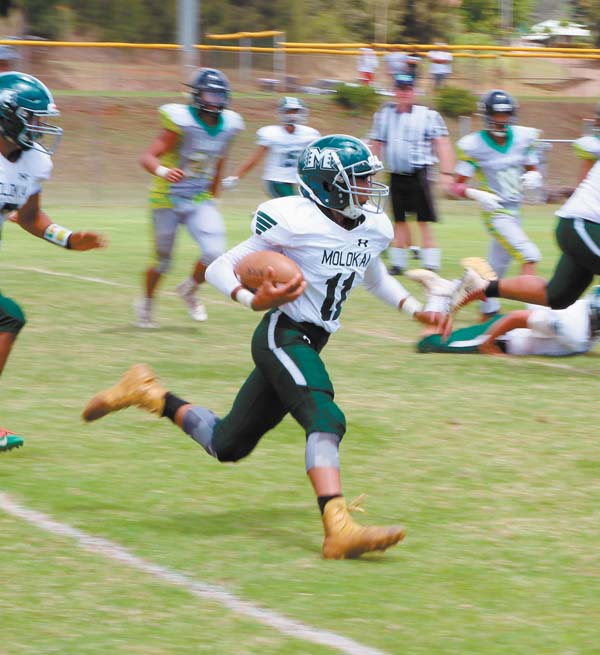 Kaimana Nakayama passed for a touchdown and ran for another as the Molokai High School football team outlasted Lanai 30-24 on Saturday in Lanai City.

In a back-and-forth battle between last year’s Maui Interscholastic League eight-player co-champions, it was the Farmers who improved to 2-0 after all was said and done with the teams’ first meeting of 2019. The teams do play again, in the league’s final regular-season game Oct. 5 on the Friendly Isle.

Nalima Puaa-Aki and Jordan Kupau also ran for touchdowns for the Farmers, while Kawena English caught a 17-yard TD pass from Nakayama to give the Farmers the lead for good with 4 seconds left in the third quarter. Neither team scored in the fourth.