This week in MIL football 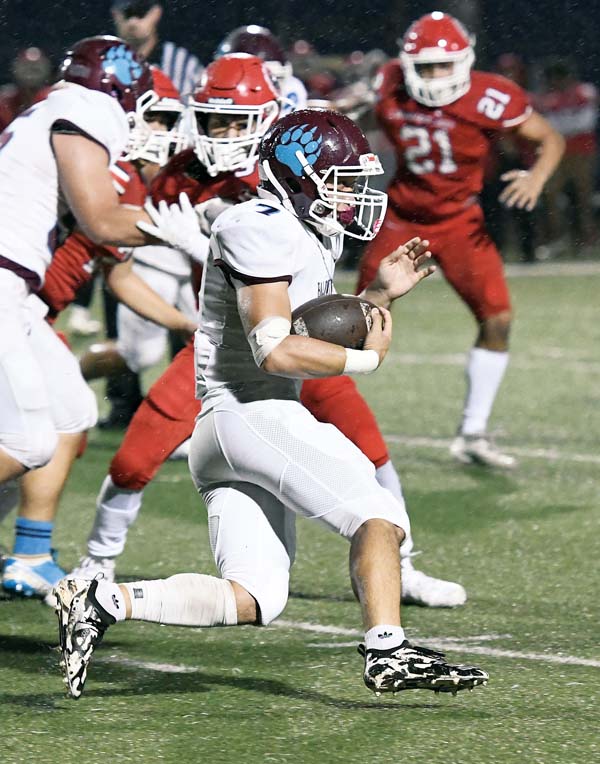 The game between the two largest schools in Maui County is always big, and this one is no different. Baldwin can clinch the MIL Division I first round with a win, while Maui High has to win to keep its hopes alive. Baldwin is fourth in MIL team offense and defense; Maui High is third in each.

Brex Delray is the No. 2 passer in the MIL so far — he has completed 55.2 percent of his passes for 358 yards. Naia Nakamoto and Rusty Abalos are Nos. 8-9 on the rushing list, while Kaeo Miguel is No. 1 in receiving with 11 receptions.

Bears at a glance

Laakea Asuega-Stark is the No. 3 passer in the league — he has completed 48.2 percent of his passes for 239 yards. Isaiah Souza is No. 6 on the MIL rushing list, and Maui High transfer Isaiah Richards leads to the team with seven receptions.

The battle of Upcountry neighbors will serve as a boost into the second round for each team — Lahainaluna has already clinched the MIL D-II first-round crown. Kamehameha Maui is second in MIL team offense and defense. King Kekaulike, coming off its first league win in five years, is fifth in each.

Warriors at a glance

Alec Tolentino and Tiliti Adams have shared the quarterback position — they are Nos. 4-5, respectively, on the MIL passing list with 432 combined yards. Teva Pimental is second in the MIL in rushing yards, with 194 on 32 carries.

Na Alii at a glance

Before their losing streak-ending wins over McKinley and Maui High, Na Alii’s last win was Sept. 5, 2014 over Kamehameha Maui. Franco Melgar Martich and Trey Hunter are Nos. 6-7 on the MIL passing list. Hunter is also third in rushing.

“That’s definitely huge for us, but even with that said we still have a lot of mistakes, a lot of opportunities that we need to fix, but there is a light at the end of the tunnel. That’s definite.”