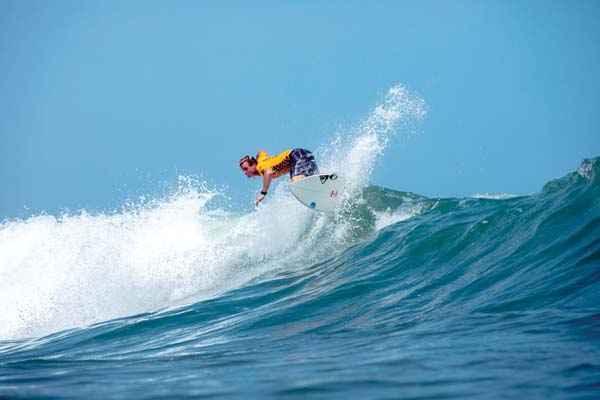 Maui’s Cody Young competes during the ISA World Surfing Games on Thursday in Miyazaki, Japan. Young, who is representing Canada, won all of his first three heats of the open men’s competition before placing third in his fourth-round heat today, sending him to the sixth repechage round. Fellow Valley Isle surfer Paige Alms, who also represented Canada, placed second in her first-round heat in the open women’s division but was sent to the repechage rounds after a third-place finish in the second round. She bowed out after placing third in the third repechage round.