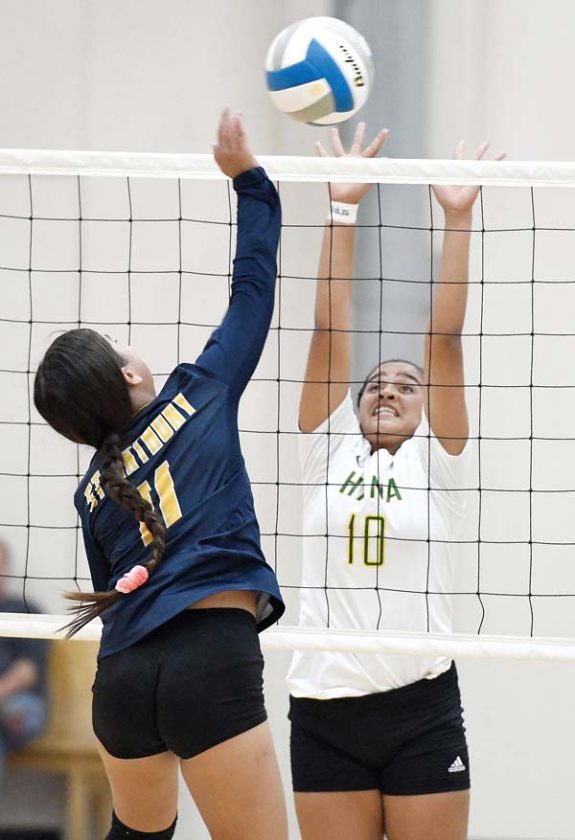 OLINDA — The Hana High School girls volleyball team took care of business on Wednesday night, but the Dragons know the assignment gets much tougher tonight.

The third-seeded Dragons rolled past St. Anthony 25-21, 25-10, 25-10 in the quarterfinals of the Maui Interscholastic League Division II tournament to earn a berth in the semifinals tonight against No. 2 seed Molokai. Hana improved to 9-4 with the win over the Trojans (1-12).

The Dragons’ string of seven straight state tournament berths will be on the line against the Farmers (10-2).

“It does get tougher,” said Hana junior outside hitter Pumehana Helekahi after smacking a match-high 19 kills to go along with three aces. “We’ll definitely be here and we’ll put up a good fight. It’ll be a good game to watch. We are very excited and we’ve been working very hard for this game tomorrow.” 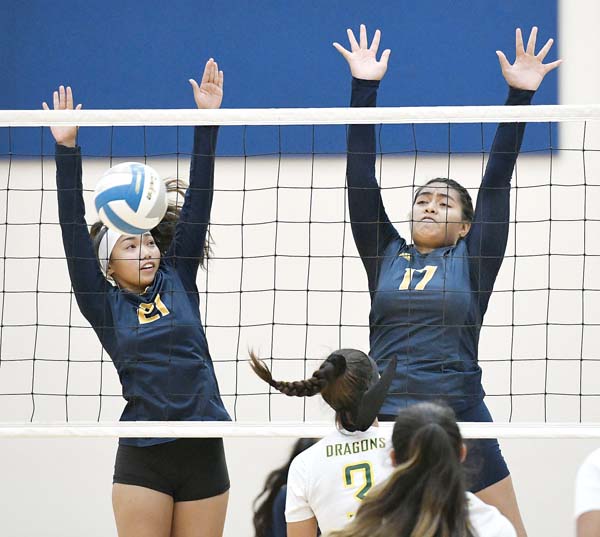 Helekahi then took control to end the set on a kill and two straight aces.

Hana bounced out to a 9-4 lead in the second set on a kill by Helekahi. Moments later another Helekahi kill followed immediately and by an ace from Atasha Paman-Manrique pushed the lead to 12-5. An ace by Kanehe Roback made it 15-6, and the Trojans would not get any closer the rest of the set.

“They played amazing tonight,” Helekahi said of the Trojans. “They definitely improved a lot from the last time we played them and it was a fun game.” 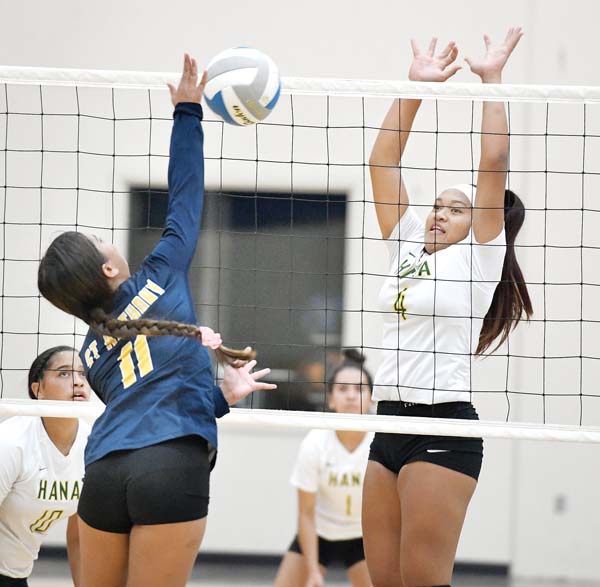 The Dragons’ Atasha Paman-Manrique defends against the Trojans’ Riana Hoopii.

The Farmers swept the two matches between the two teams on the Friendly Isle this season — the first contest was a sweep, but the second was a close five-setter.

“We’ll take care of business tomorrow night, too,” Tolentino said. “We are confident — they did a pretty good job on Molokai the second game and I believe they can continue.”

The Trojans, who did not keep stats for the match, are looking forward to the future. St. Anthony earned its lone win of the season on Monday against Maui Prep to snag the final spot in the MIL tournament.

“We played well in the first set, I was proud of them for that one,” first-year St. Anthony coach Precious Manu said. “Then the second and third one, I don’t like to blame anything on age, but I think it’s just experience. We didn’t have enough being in a situation like this. Playoffs is a whole different beast and Hana is tough. Once they warmed up they were tough to stop.” 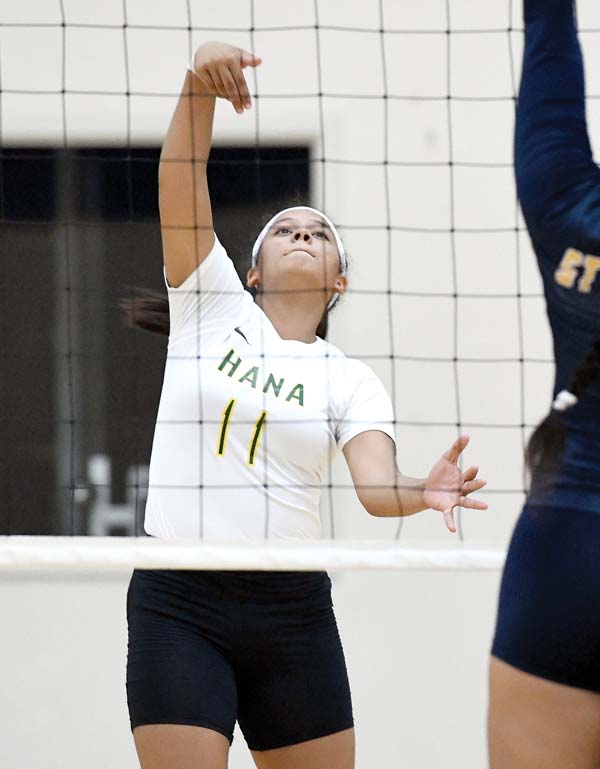 Hana’s Tyra-Li Perry follows through on an attack.