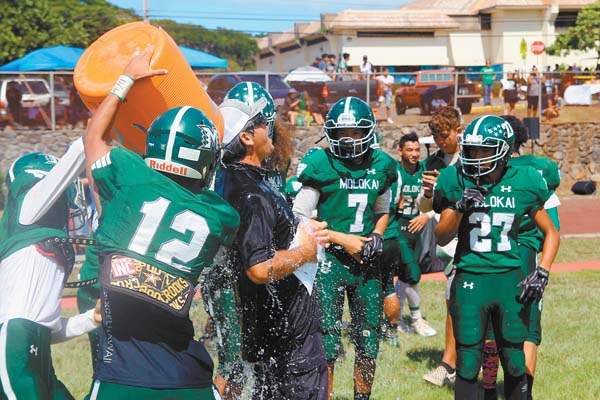 The Farmers wrapped up a 4-0 season in league play after playing a pair of 11-player nonleague games in August. Lanai, which shared the MIL eight-player title with Molokai last season, finished 2-2.

“It was a great day, great win for us,” Molokai coach Mike Kahale said. “Lanai came over and they played us tough. We jumped out early, but they were resilient and our boys had to dig deep and continue to execute. It’s a great team win.”

The Farmers took a 24-0 lead in the first quarter on a 5-yard touchdown run and a 7-yard interception return by Jordan Kupau, and a 24-yard touchdown pass from Kaimana Nakayama to Kawena English. The Pine Lads closed within 24-22 at halftime on a 90-yard run by Jesse Sigrah, a 9-yard scoring pass from Devrene Kahananui-Alejado to Kekoa Catiel, and a 55-yard run by Kainalu Kapu. 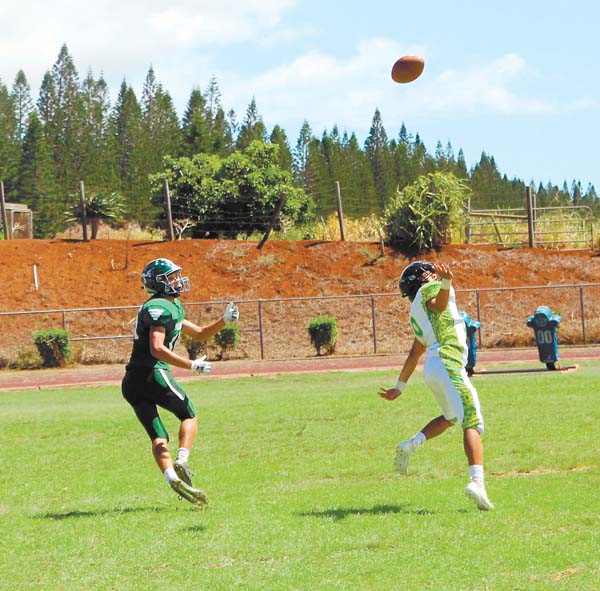 Molokai’s Kanalu Kahale prepares to catch a pass that’s over the head of Lanai’s Rayden Manuel on Saturday.

The Farmers put the game out of reach with four straight touchdowns in the second half — a 67-yard pass from Nakayama to English, 34- and 30-yard scoring passes from Nakayama to Kanalu Kahale, and a 45-yard run by Dion Kahiwa Augustiro.

The Pine Lads scored the final touchdown on a 4-yard run by Kapu.

Mike Kahale singled out Nakayama, the senior quarterback who is also a baseball standout.

“Kaimana Nakayama played big for us today,” Kahale said. “He had four long touchdown passes, took control of the offense and really was a leader out there for us. He played his best game yet, I think ever, so that was big for him in the last game of his career.” 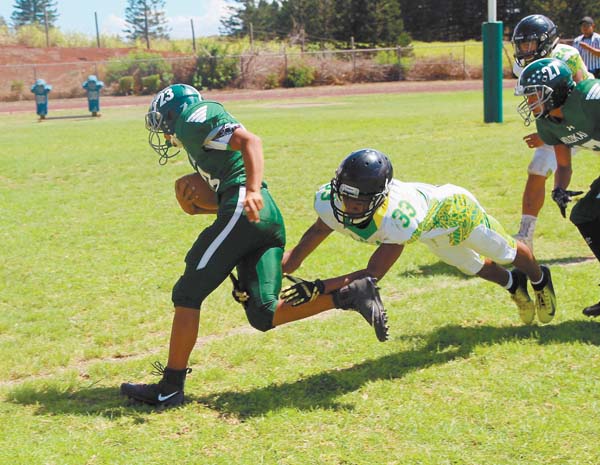 The Pine Lads’ Allen Adams tries to bring down the Farmers’ Kilakila Orlando. 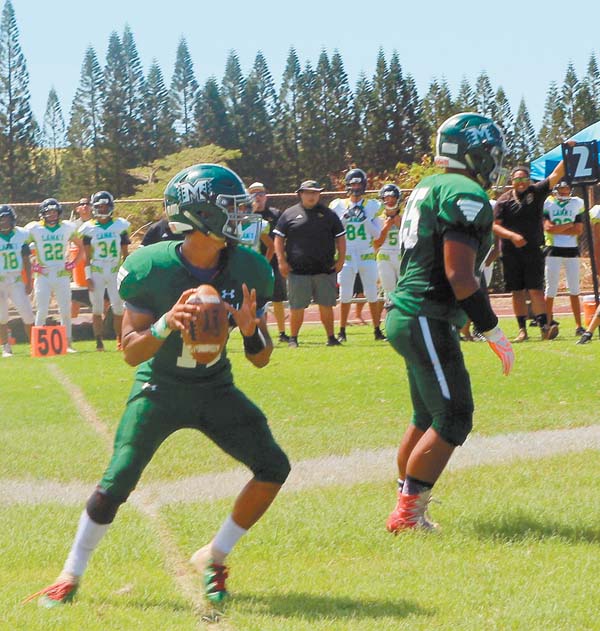