Izzo welcomes expectations for one of his top Spartans teams 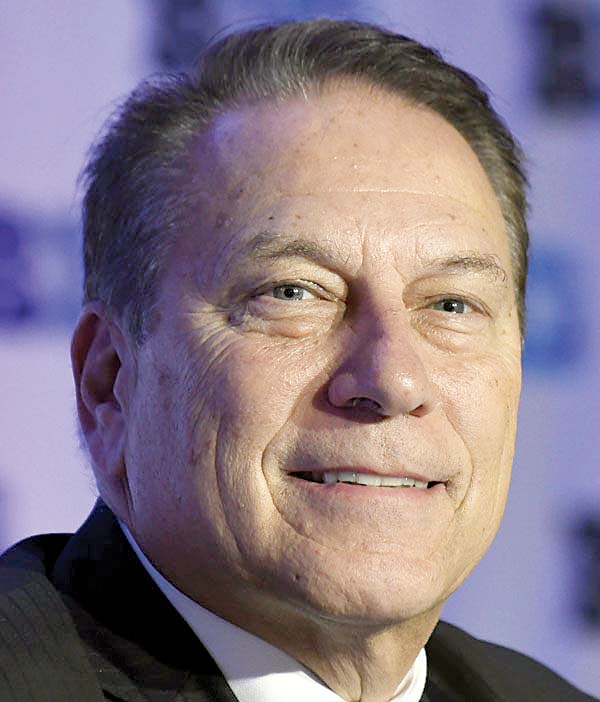 EAST LANSING, Mich. — Tom Izzo’s 25th team at Michigan State might be one of his best.

All-America guard Cassius Winston is one of four returning starters from last season’s team that won the Big Ten title and advanced to the Final Four.

Izzo has another quartet of players with some experience along with a freshman class that includes highly touted guard Mark Watts.

It all adds up to giving the Hall of Fame coach one of the nation’s top teams. The Spartans might be ranked No. 1 when the AP college basketball poll is released next week.

“There’s a chance we could be ranked No. 1 for the first time in the history of our school to start out the season, which means — unfortunately — nothing,” Izzo said Tuesday at the team’s media day. “The only team I know that went end to end in the last 20 years was (North) Carolina, and they beat us by 20-some at the beginning of the year and beat us by 18 at the end of the year.”

Fans on the Valley Isle will have a chance at an early look at this year’s Spartans team at the Maui Jim Maui Invitational, set for Nov. 25-27 at Lahaina Civic Center.

Izzo reached the Final Four for the eighth time last season before falling short of winning it all for a second time, extending his national title drought to 19 years.

He seems to have another shot to contend for an NCAA championship with a talented, experienced and deep roster.

“I’m still proud of where we are, happy with where we’re rated, wherever that is, excited about having a chance to live up to expectations,” Izzo said. “But the reality of things is there’s been a lot more loss than we’re looking at, and that’s what I’m trying to stay humble about.”

Michigan State will be without the low-post scoring presence and rebounding of Nick Ward, who skipped his senior year to play professionally, and the outside shooting, defense and leadership provided by Matt McQuaid and Kenny Goins last season as seniors.

Izzo acknowledges there’s a lot he likes about this team, but he isn’t sure how well Joshua Langford and Kyle Ahrens will bounce back from injury-shortened seasons.

He also doesn’t know who will start at forward next to Xavier Tillman and Aaron Henry.

The decision will be easier if the NCAA allows former Marquette forward Joey Hauser to play this season. Izzo expects to know if the 6-foot-9 Hauser, who averaged nearly 10 points last season, will be cleared to play this week.

Hauser is hoping for the best, but is prepared to sit out for the season.

“On the court in practice, I’m preparing like I’m going to play,” he said. “And if I do get the waiver, it will be an awesome surprise.”

Langford is expected to be among the first five on the floor after averaging 15 points in 13 games last season.

After needing season-ending surgery last winter, the senior shooting guard started playing basketball again last summer. He insisted there are no limitations placed on him during practice.

“I’m very comfortable out there doing anything and everything,” Langford said. “There’s not one thing I’m holding back on.”