Marathon man with a message

NPR host, author Sagal to run Maui Marathon, hopes to inspire people ‘to get outside and move’ 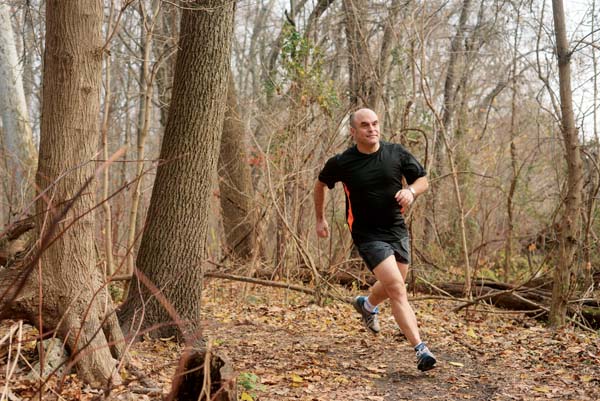 Peter Sagal, an NPR host and author of “The Incomplete Book of Running,” will be running in the Maui Marathon on Sunday. It will be Sagal’s 16th marathon, the latest chapter of a running journey that he has used as a way to create positive change. Kyle Cassidy photo

Training for the 49th annual Maui Marathon has a much deeper meaning for Peter Sagal than just collecting a medal or crossing the finish line.

Running represents the trials and errors, lessons, memories and opportunities that the sport brought into his life, and into others.

“I’m very much looking forward to coming to Maui and also looking forward to running a marathon,” said Sagal, the author of “The Incomplete Book of Running,” a columnist for Runner’s World magazine and the host of NPR’s news quiz show “Wait Wait… Don’t Tell Me!” “I used to be a competitive marathoner, meaning that I really wanted to beat past times, in fact I want to beat my last time whatever it might’ve been, but I’m an old man now, so if I finish the marathon, I’ll be very happy.”

The Maui Marathon on Sunday will be his 16th, the latest chapter of a running journey that he has used as a way to create positive change.

“I also hope they get the message that, if I, a short, stalky, non-athletic guy who never succeeded in sports and was always picked last, and deserved to be picked last for all we know. If someone like me, with no natural gifts, can succeed in an athletic pursuit and can finish fast enough to qualify for the Boston Marathon, which happened a few times, then I think almost anyone can do anything,” Sagal said via phone from Chicago last Friday. 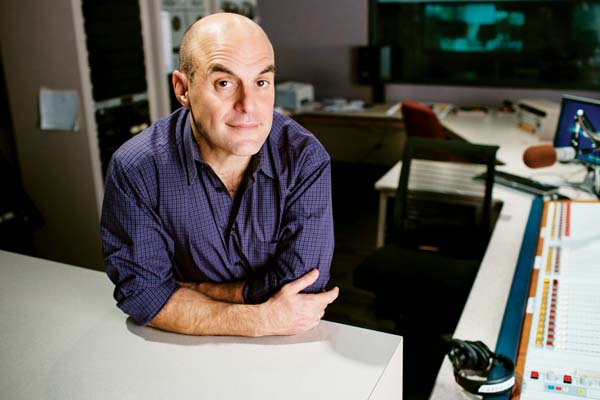 Before taking up running at age 40, Peter Sagal described himself as “a short, stalky, non-athletic guy who never succeeded in sports and was always picked last. … If someone like me, with no natural gifts, can succeed in an athletic pursuit … then I think almost anyone can do anything.” Andrew Collings photo

During most of his youth, Sagal didn’t see himself as an athlete.

“One simple answer is that I’m just not good at any other thing. I’m not someone you would want on your soccer team or your basketball team, I don’t have any athletic skills,” he said. “Rather than that being a point of shame, I’d like to use that as a great advantage to running. Anybody can do it pretty much.”

Sagal said he was a “classic mid-life crisis marathoner” when he began running seriously for the first time at the age of 40.

After finishing his first 26.2-mile race, Sagal continued on a path of challenging himself to get faster at multiple distances beyond the marathon, like half marathons, 10Ks and 5Ks.

As a husband and father, author, journalist, columnist, screenwriter, runner and NPR host, Sagal has shared his experiences on multiple platforms.

“I hope (readers) get two things: I hope they get inspired to go for a run, or if running really isn’t your thing, whether physically or mentally, then I hope they go for a walk or bicycle ride, just to get outside and move,” he said of the comedic but very insightful “The Incomplete Book of Running.” “I also hope, which has gotten a lot of controversy, that they do it without headphones in. … What you really need to do is to listen to your own thoughts and let them develop without any input.”

According to the Center for Disease Control and Prevention, obesity rates among U.S. adults are around 40 percent while child obesity sits at 19 percent, which can be owed to the changes in the American lifestyle.

“One of the main problems we have as a people is, is that we just don’t exercise enough,” Sagal said.

While Hawaii offers a lot of opportunity for outdoor activities, there are places around the world where people “don’t go outside and don’t move nearly enough” due to weather, low-income households, unsafe neighborhoods, lack of time or committment, among other circumstances, Sagal said.

“The great thing about running is, is that you don’t have to sign up for anything or buy anything, other than a decent pair of shoes, and it’s accessible to everyone,” he said. “It’s just a basic human activity that I’ve come to believe that engaging in it, at whatever level you can manage, whether it be seriously competitive — running marathons or ultras — or running just two miles every other day, you’re really just sort of engaging in what we were all born to do.”

Sagal saw the obstacles many can face first-hand when practicing with a middle school team located near his hometown of Chicago. The student-athletes were running through the hallways of their school in order to avoid utilizing an unsafe park next door.

Sagal wanted to do more to help, and through his research found Chicago Run, a local youth program to give kids the ability to run and access to healthy living.

The nonprofit helps over 18,000 students, with 85 percent of the participants coming from low-income households.

“It’s amazing and really sad that the simplest sport of all, just running, is sometimes inaccessible to people because of certain circumstances,” said Sagal, who will be running the Maui Marathon in honor of Chicago Run. “I’m interested in doing what I can to help.”

Sagal plans to speak at the Maui Marathon Expo on Saturday, as well as participate in a book signing. All book sale proceeds will go toward Girls on the Run Hawaii, the local chapter of a nationwide program he’s recently joined efforts with to encourage young women to engage in athletics.

Founded in 1996, Girls on the Run seeks to spread the importance of confidence, health and fitness, and teamwork, all of which Sagal is an advocate for.

“One of the things I write about in my book is how running is a discipline, it’s a pursuit, and how it’s trained me to get through a lot of other things,” he said. “To let people know that there is a finish line, metaphorically or literally, I think is an important message and I’m glad people are hearing it.”