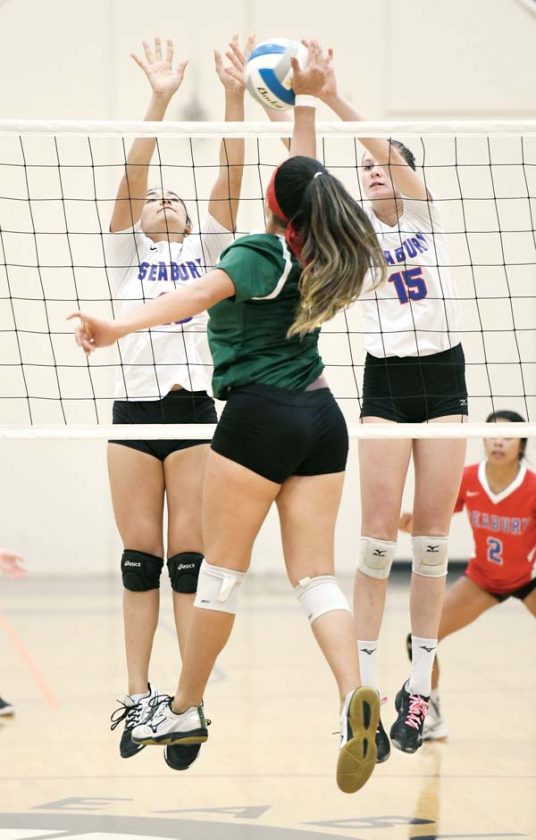 Junior outside hitter Ella Connor had 20 kills and 11 digs, and Mercedes Winicki dished 37 assists to lead the Spartans to a 25-15, 25-10, 25-16 victory over Hana in the MIL tournament championship match.

“We knew Hana was going to come in strong because they played so well last night against Molokai, so we knew they were going to come in with a lot of extra energy,” Spartans coach Brian Connor said. “We had to make sure that we stayed focused with what we do on our side of the court, whether it’s serving tough, passing their tough serves well, so that we can play a strong offense and defense.”

In their home gym, Seabury seniors Sevilla Leuteneker and Anu Akeo said that going to the state volleyball tournament next weekend on Oahu is a cherry on top to an undefeated 14-0 season.

“It was a great way to end our senior year,” said Akeo, who totaled five kills. “I love it, I love our team and I think they’ll do really great next year.” 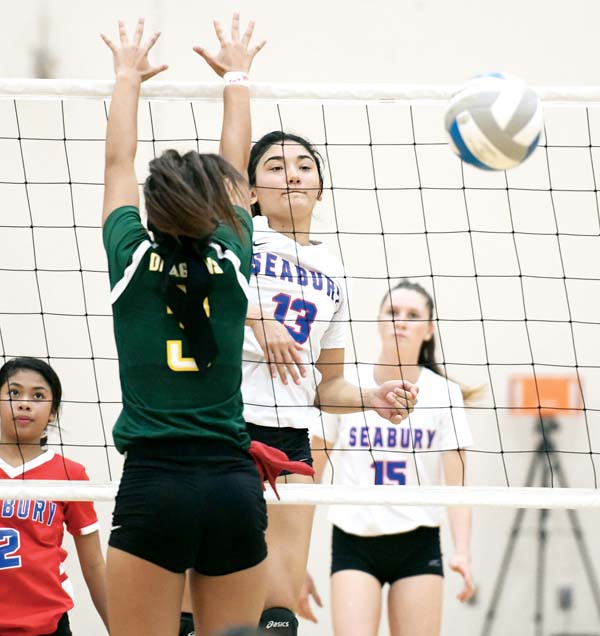 Leuteneker, who finished the match with six kills and nine digs, had mixed emotions after the medal ceremony.

“I don’t even know what to say, I’m happy, but then I’m also sad,” Leuteneker said of her last MIL championship. “We’ve been through a lot.”

“I definitely think we have a shot at the state title,” Akeo said. “We’re just going to have to put a lot of work in these next few days.” 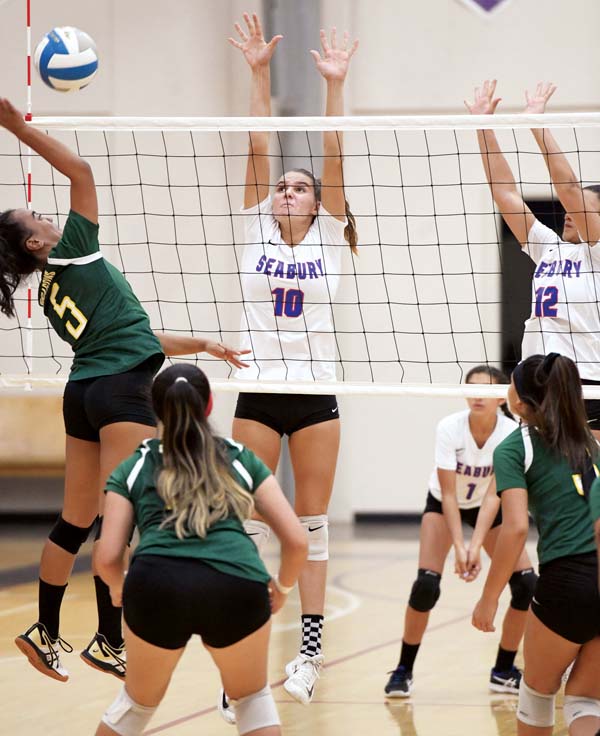 The Dragons’ Sarai Boeche hits against the block of the Spartans’ Bella Jardine and Anu Akeo. -- The Maui News / MATTHEW THAYER photo

The Dragons (10-5) kept their state tournament hopes alive the night before after a four-set win over Molokai. The teams will play off today for second place in the MIL and the league’s second state berth.

“Last night against Molokai they were on it, tonight there were a lot of mental errors. … All I told them was to enjoy themselves, play together, because actually in the first set you could see that they were a little freaked out and that’s not what I want,” Hana coach Pake Tolentino said. “They play much better when they unify and play together. So we’ll see how we do tomorrow.”

The Spartans rolled to an 11-6 lead to start the match behind Conner’s back-to-back kills and one block, and Akeo’s two kills.

Then, with the score at 22-14, Bella Jardine and Leuteneker hit two more kills for Seabury to widen the gap. An error by Hana ended the set.

Connor pushed the score to 20-9 in the second with a kill down the middle. A Spartans error put Hana at 10, but the Dragons wouldn’t score another point in the frame. 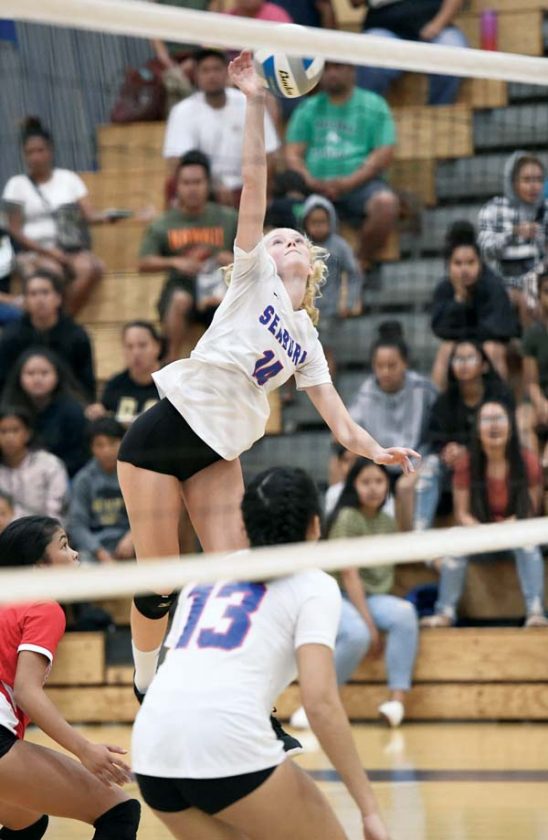 Hana took a 5-3 lead to start the third after kills and a block by Helekahi before the Spartans came back to tie it up at 5 with kills by Connor and Akeo.

Kills by Paman-Manrique and Tyra-Li Perry tied the game again at 8, and then the Dragons regained the lead after errors by Seabury.

The Spartans got two kills by Leuteneker and another by Skylar Conley to go ahead, and Seabury was able to pull away, with two spikes by Connor finishing the match.