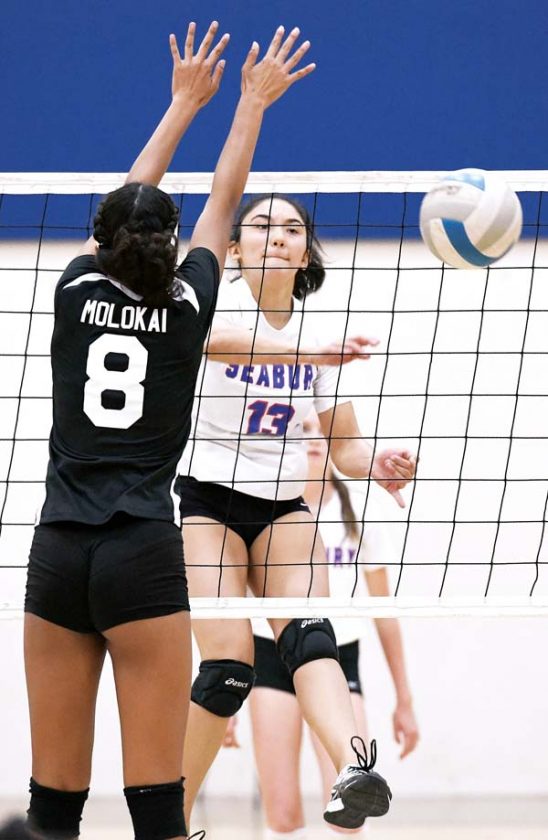 The Spartans improved to 10-0 while the Farmers dropped 10-1.

“It was a good time,” Spartans middle Akeo said. “We’ve both been on the team since freshman year, so we’ve gone through three senior nights and I’m super excited that we get to play for this team.”

And a matchup between two undefeated teams at the end of the regular season was a recipe for an exciting night. 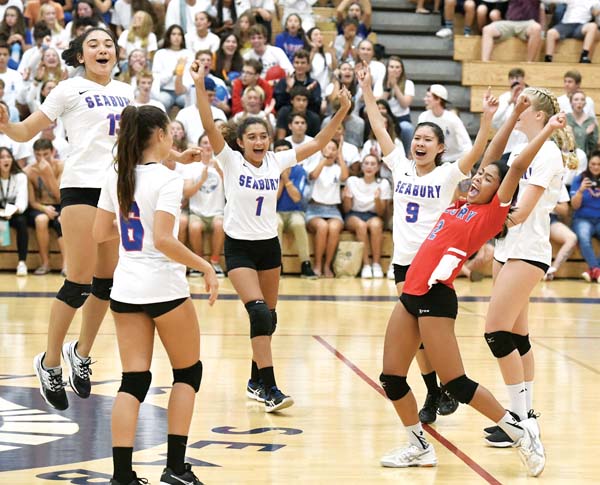 The Spartans, who have won seven of the last eight MIL D-II titles, hope to defend their spot once again later this month in the MIL tournament, but know it will still be a battle.

“There is never 100 percent confidence going in,” Brian Connor said. “Like I said, Molokai is well-coached and they’ll go home, and they’ll make adjustments and so we will train and practice like we lost these games because I know they’ll improve between now and the tournament.” 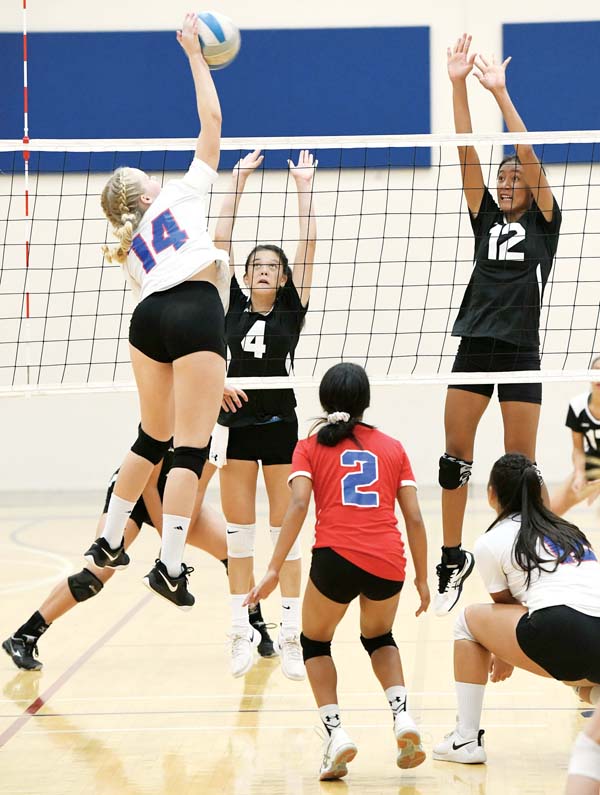 Molokai plays the Seabury squad again today, and the Spartans say they are ready.

“It was so great to play them and have competition,” said Seabury outside hitter Leuteneker. “We’re just going to keep playing hard and keep a smile on all of our faces and just keep playing the way we do.”

The Spartans went out hard in the first set, going on a wild 8-0 run that included four kills by Connor, one by Akeo and crucial digs by Ki’i Rilveria, pushing the lead to 17-6.

After a kill by Meyer and a double block by the Farmers’ Haliaka Lima English and Saiji Aiana, the scoreboard read 19-11. But Seabury didn’t let Molokai score for the remainder of the set.

In the second, Seabury went on a 6-1 run after a bullet shot by Leuteneker to open up an 18-12 lead.

To begin the final set, Conner smashed three consecutive aces for Seabury while Akeo followed with a powerful block to push the lead to 9-2.

The Farmers rallied, with kills by Meyer and Sadie Aiana tying the game at 15. Back-to-back kills by Connor and another by Akeo helped the Spartans to pull away again, but Molokai found its groove towards the end and closed to 24-23.

A service error by the Farmers ended the match.

“Seabury is a good team, I just think that we didn’t play our game and we could’ve done better,” Molokai coach Mahealani Rawlins said. “When we wanted to play, we started to play, but it was just too late. All we can do is hope that we come out and be better tomorrow.”