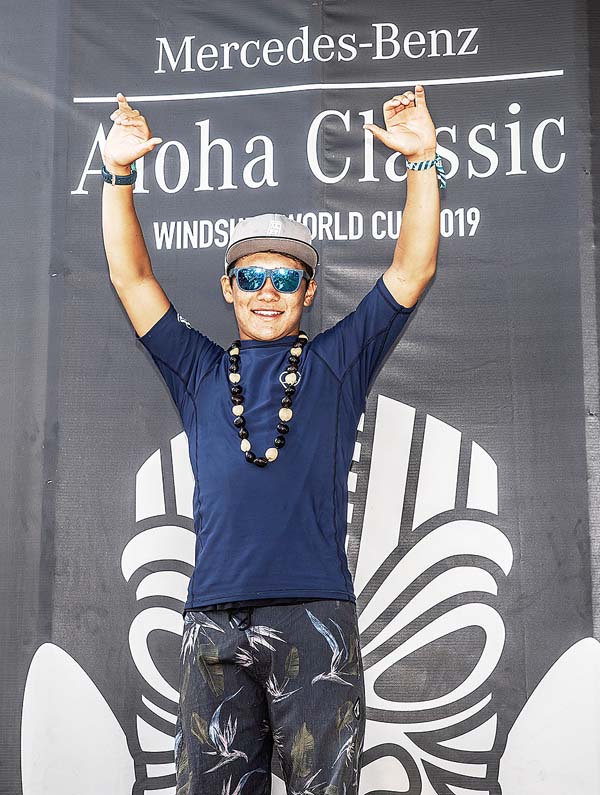 Takuma Sugi of Japan put up the top two scores in the final on his way to winning the Mercedes-Benz Aloha Classic youth championship on Wednesday afternoon at Hookipa Beach Park.

The 20-and-under final of the International Windsurfing Association and Professional Windsurfers Association event was a showdown between Sugi and countryman Takara Ishii, and Maui brothers Jake and Zachary “Z” Schettewi.

Sugi grabbed control of the heat with an 8.00. He then added a 6.17 to give himself a nice cushion. 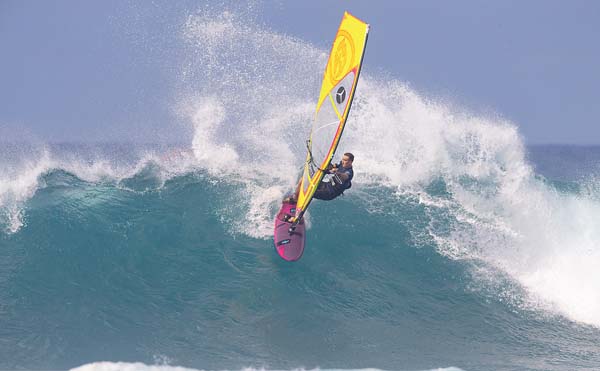 With the wind diminishing, action was halted shortly after the end of the youth competition. The Aloha Classic wraps up today, when not only event champions will be decided, but also tour champions.